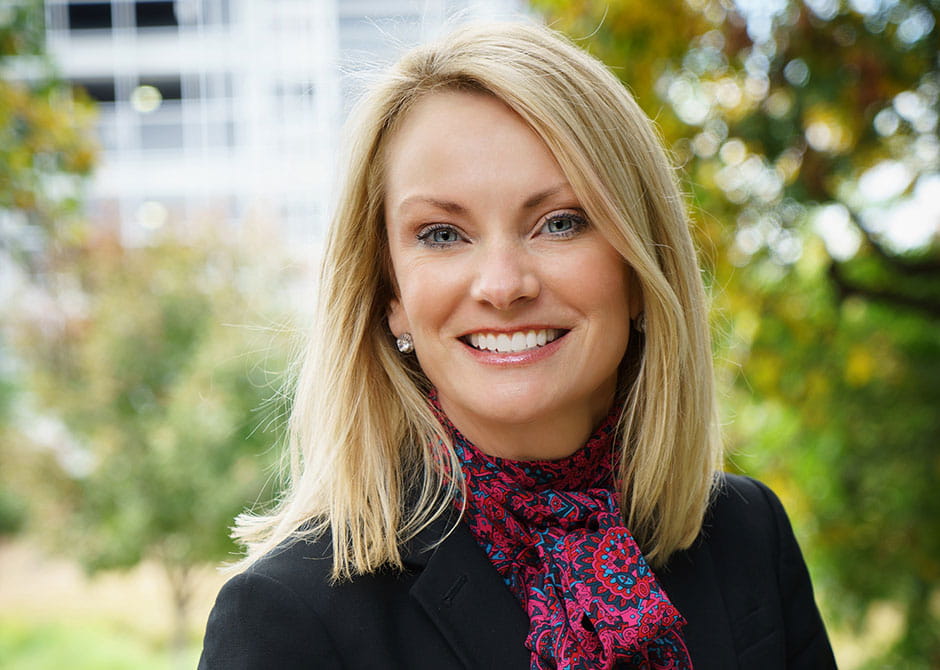 Jennifer Carlson serves as the associate vice president for External Relations and Advocacy in the Office of Health Sciences. She manages and oversees policy, government affairs and community relations for the health system, health science colleges and health-related research centers. In her role, Jennifer advises senior leaders on all matters regarding health policy and strategic positioning of the enterprise in the external environment.

Jennifer has 25 years of government experience, as the chief of staff to former Lt. Governor Maureen O’Connor, chief policy advisor over five criminal justice cabinet agencies for former Governor Bob Taft, where she established the Ohio Security Task Force immediately following 9/11 and managed a successful statewide ballot initiative for the Taft Administration. Other career highlights for Jennifer include leading Ohio’s first blue ribbon Commission to Reform Medicaid, of which she was appointed by the Governor and General Assembly and charged with developing recommendations to slow the growth of Medicaid spending though comprehensive reform. In addition, she served twice as an executive on loan to the prestigious Ohio Business Roundtable, for which she led a team of independent consultants to develop state budget cost containment and transformational health care initiatives. Additionally, she managed federal relations for former state Attorney General Betty Montgomery, for which one of her many accomplishments included managing policy for the state’s multi-billion dollar lawsuit against the tobacco industry. She also worked for a former Ohio senator and U.S. congressman.

Earning her bachelor’s degree at The Ohio State University in Business, Jennifer strives to collaborate effectively with all departments, colleges and offices within the university while encompassing unified goals. She is a champion for advancement of priorities.