What we know about new COVID-19 variants discovered in Ohio 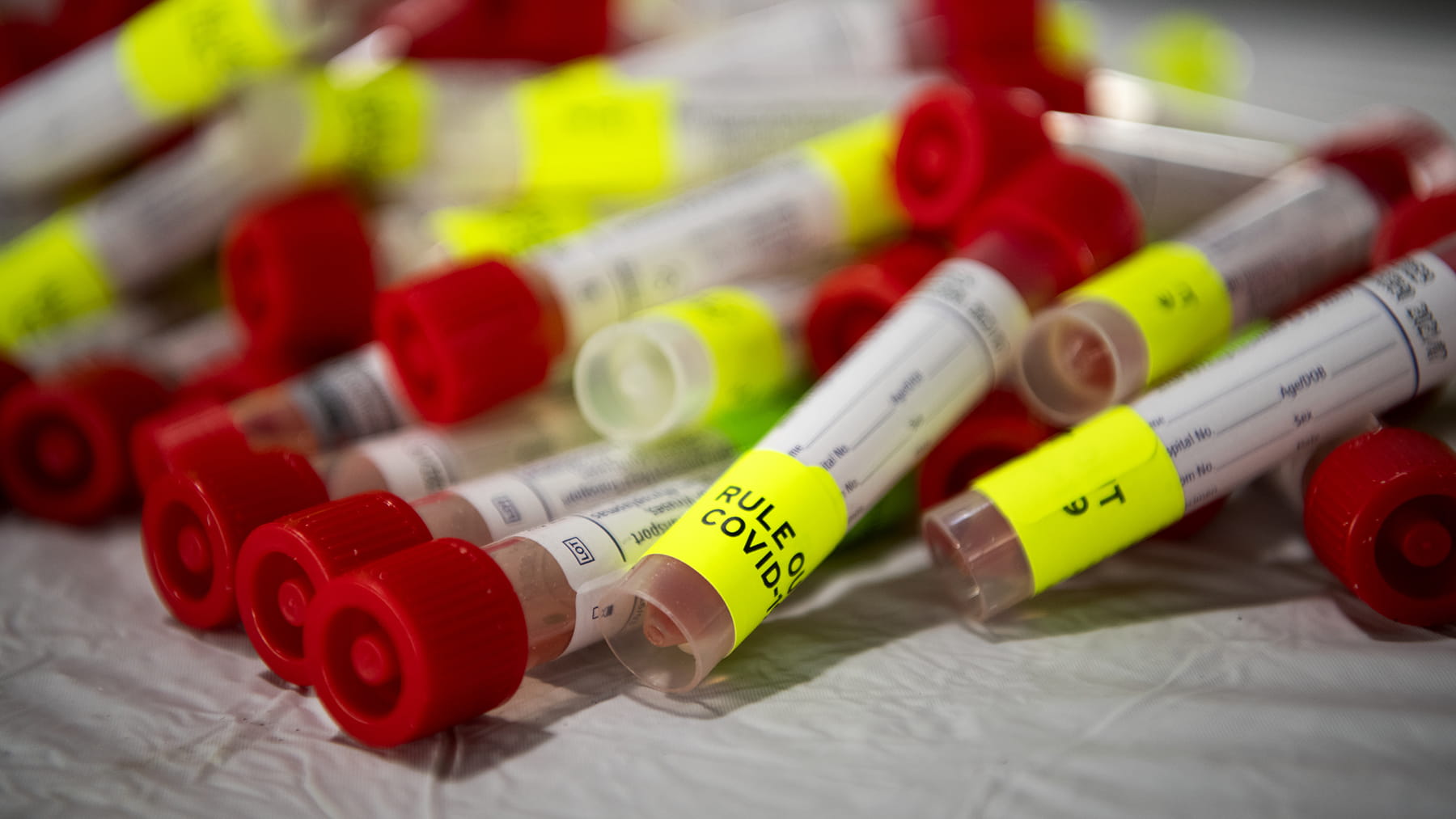 Editor’s note: As what we know about COVID-19 evolves, so could the information in this story. Find our most recent COVID-19 blog posts here, and learn the latest in COVID-19 prevention at the Centers for Disease Control and Prevention.

One of the new variant strains carries a mutation that’s identical to that found in a highly infectious strain identified in the U.K. and in South Africa. Scientists discovered that the mutation evolved independently within a virus strain found in the United States, and did not arrive by transmission from oversees.

The research team, directed by Dan Jones, MD, PhD, a professor in The Ohio State University College of Medicine, has also identified the evolution of another U.S. virus strain, now called the “Columbus strain.” It contains three mutations that hadn’t previously been seen together in SARS-CoV-2.

What does this mean?

Viruses are well known to mutate. However, these new findings show that current viral strains are independently mutating to create identical products—ones that likely increase their probability to infect more people.

While these findings are important and provide a critical “line of sight” into our ability to combat the virus, they’re only a first step. The discovery of these mutant viral strains now requires new studies to understand how they might impact both diagnosis and treatment in the future. Key questions related to these strains include:

It’s important that we don’t overreact. Current laboratory studies indicate that approved vaccines will be effective against both strains. However, both the U.K. and Columbus strains could potentially make the virus more infectious, making it easier for the virus to pass from person to person. However, this doesn’t necessarily mean that the virus would produce more serious effects in people who contract it.

Our next step is to look at these variants very closely in the lab over the next few weeks to understand their prevalence, their behavior and the conditions in which they can best survive. Our laboratory teams have significantly increased our genetic sequencing efforts to evaluate the impact of these new strains in our population. We can’t overstate the importance of this type of research for making decisions based on data versus speculation.

Depending on what we learn, findings could also affect decisions on travel restrictions, social distancing and other guidelines in the future.

Do I need to do anything differently now to protect myself from COVID-19?

These discoveries don’t change public health guidelines for this pandemic. Continue to wear a face mask when around others outside your household, maintain physical distancing and practice good hand hygiene.

Does this mean COVID-19 vaccines and treatments won’t work as well?

So far, we have no data that supports that new strains will have any impact on the effectiveness of vaccines currently in use.

We’ll continue to see new mutations at Ohio State and across the world. That’s why it’s important for all of us to have a basic understanding of the virus and how the vaccines were engineered.

The key component of the virus we hear a lot about is the spike protein. It’s large, made up of about 1,300 amino acids. Imagine a piece of Velcro with 1,300 tiny hooks. Removing one hook isn’t going to significantly affect the larger piece of Velcro or how well it can hold.

However, we’re continuing to keep our eyes on these mutations, because large variations in the future could certainly begin to reduce the effectiveness of therapeutics.

What causes these mutations?

As we’ve seen over and over in many types of viruses throughout medical history, viruses mutate as they replicate and move from host to host. In many cases, mutations may be advantageous to the virus—it may gain traits that help the virus reproduce more quickly, adhering better to the surface of a human cell. However, some viruses evolve so quickly that they don’t develop traits that are advantageous to viral transmission or survival.

Ohio State has been a national leader in COVID-19 research since Day 1. In fact, Ohio State researchers have been sequencing the genome of SARS-Cov-2 viruses in individuals with COVID-19 since March 2020, so that they could monitor the evolution of the virus in a process that looks beyond the results that you’d typically receive from a PCR COVID-19 test.
Our laboratories have tested nearly half a million samples by PCR, and have been evaluating the viral genome continuously to see whether the virus may have changed. To date, the lab has analyzed 225 different samples by sequencing.

Weeks ago, we began studying positive COVID-19 tests at Ohio State even more frequently through that sequencing, as we had begun to see the frequency of mutations increase and scientists in other areas of the world began to see similar events. We were on careful watch, especially, for the strains identified in the U.K. and South Africa.

How widespread are these new variants?

We’re working with the State of Ohio and the CDC, as well as other academic institutions, to compare notes on viral strains. Personally, I want to give huge thanks to the team that made these discoveries, as well as all of the laboratory teams across Ohio State for their work in fueling these types of discoveries.

Are they more infectious?

Based on research work on the U.K. strain, we predict that at least one of the new strains will be more infectious, making it easier for the virus to pass from person to person.

Scientists will need to study more samples to determine the answer definitively, but in the coming weeks, we likely will be able to identify how transmissible the virus strains are.

What’s the difference between the two findings Ohio State scientists have just announced?

The first finding is of a U.S.-based strain that contains a mutation that mimics a strain found in the U.K. and South Africa. This finding illustrates that a similar viral mutation can be present without being spread by transmission—it simply arises independently.

The second finding is of a new set of mutations within a U.S.-based strain, now called the Columbus strain. This strain became the dominant virus in Columbus during a three-week period in late December 2020 and January 2021. It has three mutations not previously seen together in SARS-CoV-2. Since our initial report of the finding, our sequencing of viruses has increased, and we’re now seeing additional reports of similar strains in other U.S. states.

How concerned should we be about this discovery?

It’s important that we don’t overreact. It’s normal for a virus to mutate. Further, we have evidence that vaccines will continue to be effective against these new strains. We’re making these discoveries early, giving scientists a clearer line of sight to the future so that we’ll be able to determine how transmissible the virus is and how we might need to adjust treatments and vaccines in the future. Seeing how the virus evolved here in Ohio can help others across the country.

These discoveries underscore Ohio State’s role as a leading academic health center, and our researchers’ role in making scientific breakthroughs that improve health and well-being not just for patients in our own community, but around the world.

How to sustainably work from home

Here are some tips to reduce your environmental impact while working from home.

Read the story of the community member who got vaccinated and how you can schedule your COVID-19 vaccine. 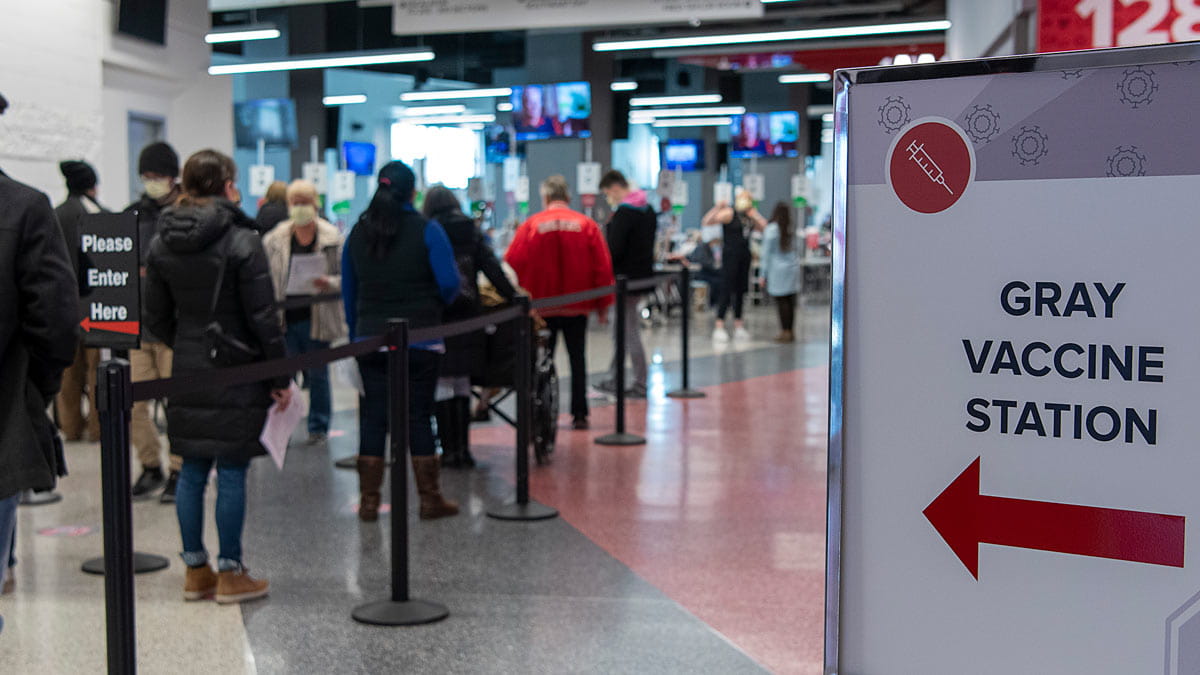 How the Schott became the place to get The Shot

Find out how the home of Ohio State basketball and men’s hockey—the Schottenstein Center—was transformed into a mass COVID-19 vaccination site.