Ian Burkhart, a 24-year-old paralyzed from the chest down, has his dad or stepmom leave him a couple drinks with straws on his desk in the morning before they leave. If he gets thirsty for something else, he has to wait for help.

He can move his arms and shoulders some, but not his hands, so he uses his pinkie knuckles to peck at the computer keyboard and to scroll his phone.

But that changes for a few hours each week when he gets to a research lab at The Ohio State University Wexner Medical Center.

Six years after he broke his neck diving into a wave off the North Carolina coast, Burkhart is testing breakthrough technology that lets him pour the contents of a bottle, slide a credit card, pick up a spoon and hold a phone to his ear, just by thinking about it.

How does he do it? Picture a wired connection from a microchip in his brain that links to a sleeve of electrodes that stimulate muscles in his right arm.

It’s hacking the brain to bypass the injured spinal cord. 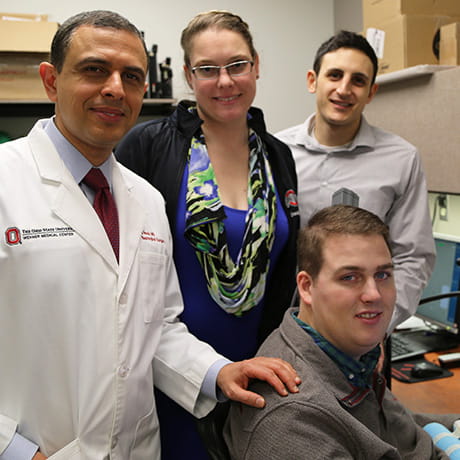 The clinical trial at Ohio State Wexner Medical Center was detailed in a study published online in April in the peer-reviewed scientific journal Nature.

Burkhart, who lives in Dublin, Ohio, says he felt that science and technology for paralysis would progress in his lifetime, but he didn’t expect this important first step would come so soon.

“The project reinstilled hope that there are things coming down the pipeline that will improve the quality of life for people like me.”

One big feat has been playing a guitar video game.

Pushing buttons in the game to hit the notes at the right time was fun, Burkhart says, but he was more excited about moving his fingers individually after months of intense mental training to target small muscle fibers. That’s what the business student needs to be able to type.

The device holds promise to help people who have had a stroke or other brain or spinal cord injury to become more independent, Ali Rezai, MD, says.

“We’re hoping that this technology will evolve into a wireless system connecting brain signals and thoughts to the outside world to improve the function and quality of life for those with disabilities,” says Dr. Rezai.

And that vision starts with Burkhart.

He was the first person in the world to move a paralyzed limb with the power of thought!

He’s built up weakened muscles in his forearms and perfected difficult motions, such as pinching or setting down an object, since his first hand movement about two years ago with the prototype device.

What makes the technology work?

This all happens in a fraction of second, so his movements are in real time.

The future of paralysis treatment

Burkhart is the first of five potential participants in the study.

Jerry Mysiw, MD, who designed the clinical trials with Dr. Rezai, says the team’s goal is to help people regain control over their bodies.

“In the 30 years I’ve been in this field, this is the first time we’ve been able to offer realistic hope to people who have very challenging lives,” says Dr. Mysiw, chair of the Department of Physical Medicine and Rehabilitation at the Wexner Medical Center.

The team expects the technology to become a portable system, according to Dr. Rezai, a co-author of the study in Nature.

“One of our major goals is to make this readily available to be used by patients at home,” he explains.

For Burkhart, getting elective brain surgery and spending many hours volunteering for the trial felt like his obligation to try to get back even the smallest amount of independence for people with paralysis, he says.

He thinks about being able to brush his teeth without help or to eat with a fork that’s not strapped to his hand.

“I could just do things as I want to do them instead of planning life out like a chess match.”

On our page about our neurological innovations, you’ll see a video of Burkhart moving his hand that the team presented at the 2016 South by Southwest Interactive festival.

As more places begin to open up, and wearing masks becomes routine, your skin may develop “maskne,” a term used to describe acne in the area a mask is worn.

How to politely decline social invitations to events during COVID-19

As states start loosening shelter-in-place restrictions during the COVID-19 outbreak, there’s something new to worry about: how to respond to invitations to social events. An Ohio State University Wexner Medical Center mental health expert offers tips on how to politely decline. 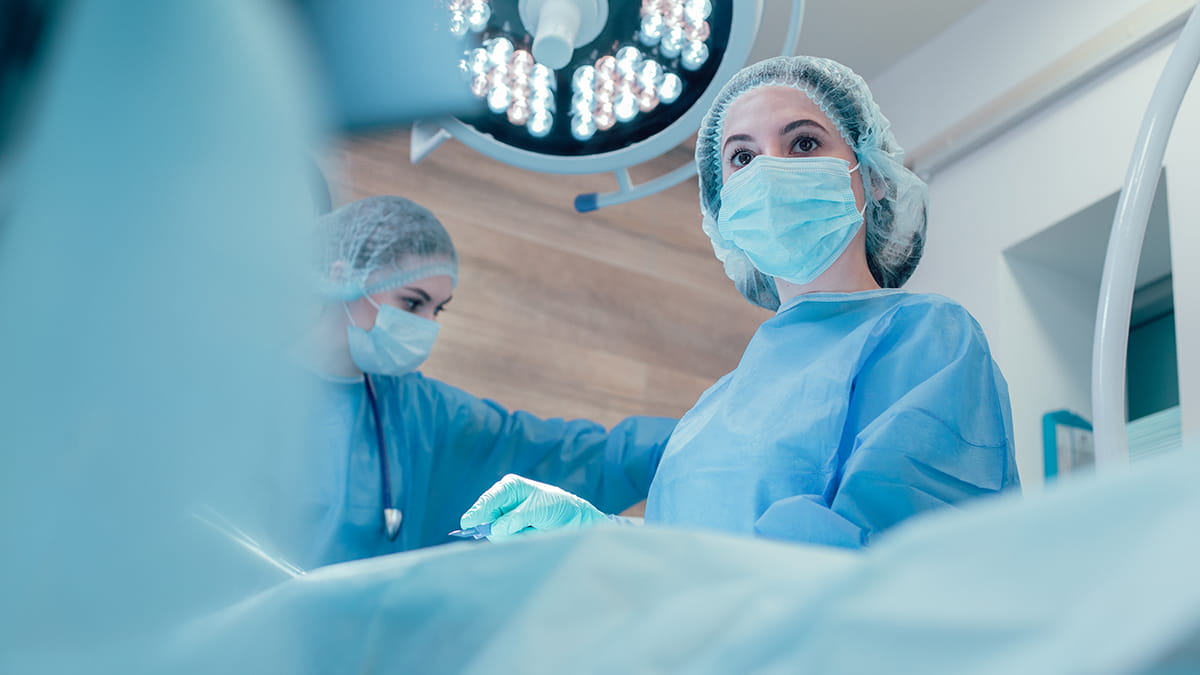 What to expect as more medical procedures and surgeries reopen

We’re in a cautious time of recovery in the COVID-19 pandemic, in which we've lifted some of the restrictions enacted earlier this year.