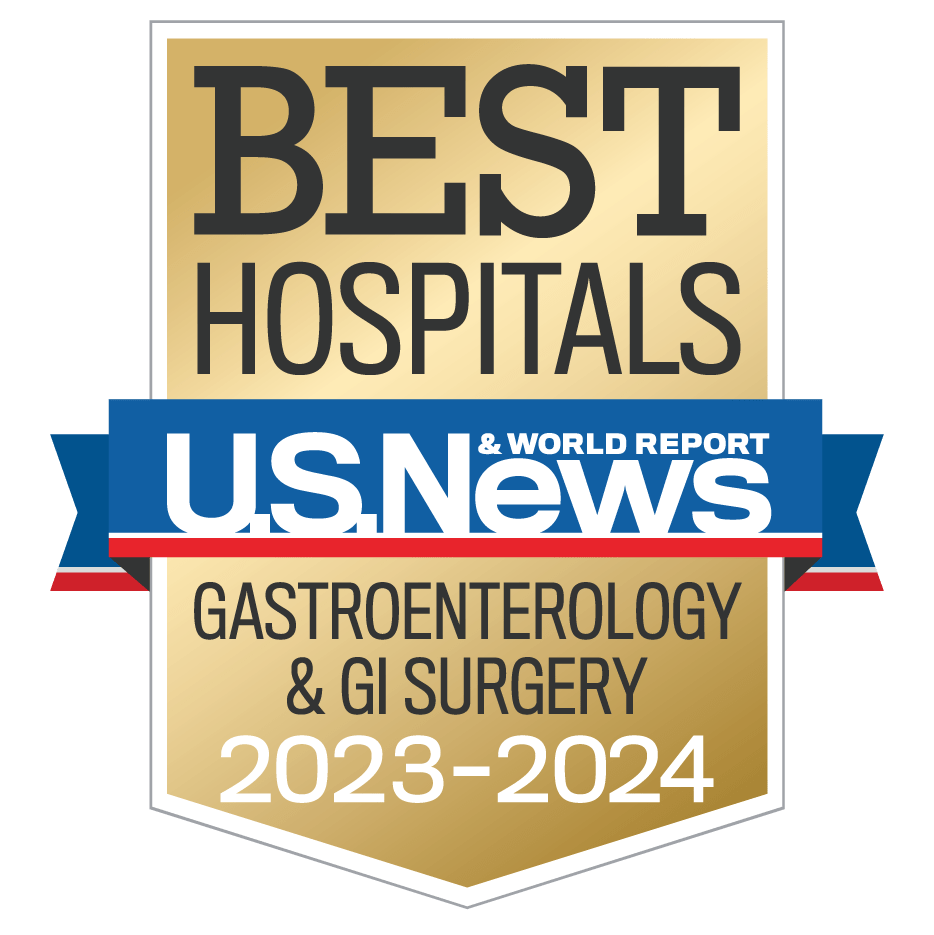 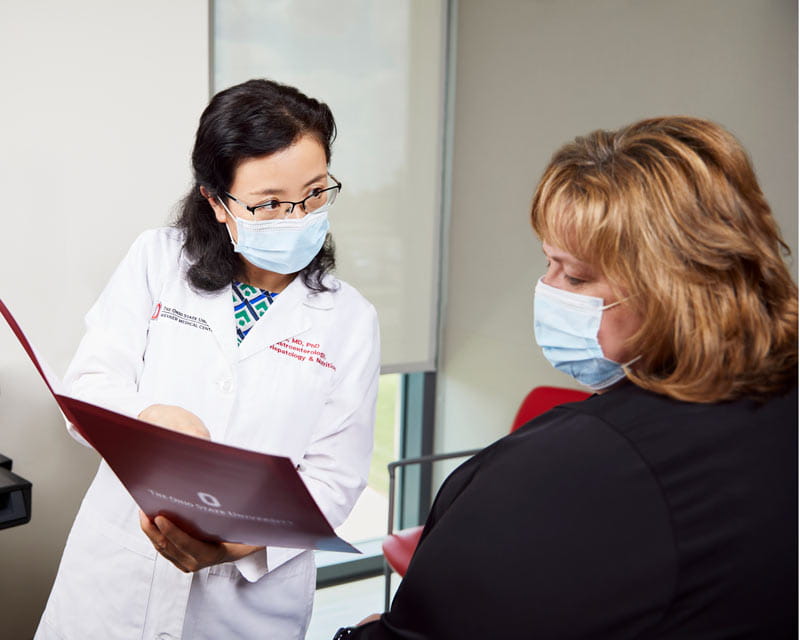 The Division of Gastroenterology, Hepatology and Nutrition at The Ohio State University Wexner Medical Center once lacked in diversity of race, ethnicity and gender in its faculty and fellows.

Today, “diversity is our advantage,” says Darwin Conwell, MD, MS, professor of medicine and director of the Division of Gastroenterology, Hepatology and Nutrition. “When we look like the community we serve, we know the culture, what to say and how to talk to patients. And patient care and satisfaction improve with downstream volume increases.”

When Conwell arrived at the Ohio State Wexner Medical Center in 2013, he was the only Black faculty member. Fast forward to 2021, and more than half of the current faculty are from nonwhite racial and cultural backgrounds.

When patients can see themselves in their physicians, volume goes up. Endoscopy volumes at the Ohio State Wexner Medical Center jumped from 18,000 in 2012 to 30,000 in 2020.

To achieve diversity, equity and inclusion (DEI) goals, the division and its fellows needed to reflect the diversity of the Ohio State Wexner Medical Center’s graduating medical school classes — and its patient population. An article in the Harvard Business Review about how IBM strategically diversified its workforce to attract customers initially inspired Conwell to take action.

He decided to widen his recruitment pool to find more diverse candidates. He ensures that their food, religion, culture and community are represented on campus and in Columbus and, if they aren’t, he finds a way to build it.

“I want our division to look like the United Nations,” Conwell says. “Not just white and black, but true diversity across all landscapes: ethnicity, gender and race.”

In 2013, the division had one full-time female faculty member and no female fellows. Conwell says his wife, Kathy, pushed him to do better. She emphasized that women need to have a choice in gastrointestinal providers for colonoscopy. After discussing with his staff, they got to work, making changes and adding robust support systems that mirrored the IBM model, including making adjustments that Black and female employees were looking for in their workplaces.

“These were the challenges we were facing, and we went after them,” Conwell says. “Since then, we have really expanded our diversity and now include faculty from Ecuador, Mexico, Puerto Rico, South America, Pakistan, China, Korea, India, Greece, Africa and Eastern Europe.”

Today, the Division of Gastroenterology, Hepatology and Nutrition exceeds national diversity averages for female and Black faculty and fellows.

Getting to this point took perseverance. Yet there is still much room for improvement, Conwell says. Opportunities include recruiting more women and underrepresented minorities to matriculate from their fellowships into faculty positions, and in providing leadership development opportunities for them.

Hepatologist Khalid Mumtaz, MBBS, trained in Pakistan and Canada before coming to the Ohio State Wexner Medical Center in 2014. He says he has witnessed a drastic change in the division’s diversity, equity and inclusiveness. In that time, the number of female faculty grew from two to 10, with many in leadership positions. The number of female fellows jumped from one to eight.

“Not only is there diversity evident in gender, but also in race and ethnicity in our division,” Mumtaz says.

“While many divisions highlight the need for DEI, our division has shown that it is possible to do so and flourish.”

Faculty within the division say a more diverse faculty means patients can find physicians who meet their needs.

“It’s not just for the subspecialty — patients can find a doctor close to their social and cultural background,” Chakraborty says. “The increase in the number of women in our division has been incredible, given that the majority of patients seen in our clinic are women.”

Chakraborty says that this also gives him an opportunity to encourage patients from minority racial and ethnic backgrounds to participate in research.

“We want to learn about what is applicable to specific groups and apply it to give people better treatment designed for them.”

Gastroenterologist and hepatologist Na Li, MD, PhD, joined the division the same year as Conwell. She enjoys working in a diverse practice group.

“I truly began to appreciate the meaning of equity when the COVID-19 pandemic hit,” Li says.

At the time, Conwell and Emily McCartney (Gastroenterology, Hepatology and Nutrition fellowship coordinator) started “crucial conversations” faculty and fellow meetings to discuss the impact of the pandemic on Asian and Pacific Islander backgrounds.

“I shared my story about when a patient asked me not to pass the ‘Chinese virus’ to him,” Li says. “We had great conversations on how to tackle similar situations wisely and professionally. It certainly feels good that the division values its team members and strives for their equity.”

“This let people share feelings and learn what their own colleagues have experienced in life,” Kelly says. “It provided an awakening for me. I’m a white man, and there is still so much I can learn.”

Li and Kelly say the faculty really came together during those meetings. Conwell ensures that his team grapples with the issues of the day, encouraging frequent, organic, honest conversations.

Even the simple act of properly pronouncing and spelling one’s name can make a big difference, Chakraborty says. Last year, he highlighted how misspelling and saying the last name can be a sign of implicit bias that should not be allowed.

“I was surprised by how many faculty from different ethnicities, races — both men and women — reached out to me to share their experience,” Chakraborty says. “I was also surprised to learn that most of these people chose not to correct those mispronouncing their name.”

‘My eyes were opened’

Conwell is quick to point out how much he has learned while diversifying the division.

“There were just some things I did not know that women face when it comes to trying to have a family and also work in academic medical centers,” he says.

One example is the financial ramifications of the cost of daycare.

“We discovered in our crucial conversations that there are difficult choices that highly talented women scientists and physicians make every day. My eyes were opened to how women must make choices between family and pursuing the career they want with all the financial constraints and biases they deal with at work,” Conwell says.

He also learned about his own implicit biases when a female colleague pointed out to him that he referred to women doctors by their first name but used the Dr. honorific and last name when referring to male colleagues.

“I didn’t even know I was doing it,” Conwell says. “It’s important to have someone who can tell you these things and not worry about any ramifications if they speak up.”

Fellowship demographics often do not match the same percentages of underrepresented minorities in residencies, Kelly says. When it comes to recruiting fellows, that should be the minimum standard.

But the effort must be intentional and measurable, Kelly says.

“I make sure our interview candidates reflect the patient population and represent the right percentage of women and different cultures.”

When new fellows join the team, Kelly makes time for everyone to learn how to pronounce their new colleague’s name.

“With a diverse group, sometimes there are names that are not common to central Ohio,” Kelly says. “We ask the fellow to pronounce their name, and we say it back to them multiple times to make sure we get it right.”

That’s just one of the ways the Gastroenterology, Hepatology and Nutrition Division ensures fellows feel cared for while learning to expand outreach and care for underserved populations. Other opportunities for discussion and support include:

Fellow Samuel Akinyeye, MD, uses what he learned about health equity to raise awareness of colon cancer and make sure underrepresented groups have access to colon cancer screenings. He reached out to Columbus church groups and attended sporting events like a Cleveland Cavaliers game in March. Akinyeye talked to players and asked them to help him spread the word about colon cancer screenings.

Strength through inclusion and mentorship

With a diverse faculty from all over the globe, Conwell drives home the importance of mentorship and inclusion.

“You do not have to share a culture or ethnicity to be an excellent mentor,” he says, sharing that when he worked at Harvard, his number of publications shot up thanks to guidance from his mentor — a white Jewish male — Peter Banks.

Mentorship provides financial and social support and helps retain fellows. At the Ohio State Wexner Medical Center and in Columbus, the population is becoming more diverse, and people are finding their networks. “But it is still a work in progress, and we have much more to improve,” Conwell says.

Chakraborty says he now finds people he can identify with in the division.

“It gives me and other faculty of color a sense of belonging and community,” he says. “It gave us hope as we stood by each other during the pandemic.”

A promotion track within the division also helps with retention.

“We tried to fix the leaking pipe,” Conwell says. “We want to have a reservoir of highly qualified people and get them into a solid faculty position here one day.”

As the division expands its diversity, medical students and residents see themselves represented in leadership positions. The measures increased the division’s visibility within the medical school, Conwell says. “The word is out that we are on the move.”

Mumtaz, who is of Southeast Asian origin, says it’s promising to see people like himself within the medical center, the department and the division. “This creates a competitive and friendly atmosphere of professionalism at Ohio State.”

Part of that culture means promoting from within and encouraging everyone to achieve more. Li, who is the medical director at one of the ambulatory endoscopy center, says she “never thought I could take on such a position being an Asian female.”

But she was encouraged by division leadership to apply when the position opened.

Today, Li is even more dedicated to her work and the endoscopy team.

“We are all different, yet united as a team to deliver the best patient care,” Li says. “I believe such diversity in faculty improves care for our diverse patient population and helps each of us learn how to tackle tough situations wisely and professionally.” 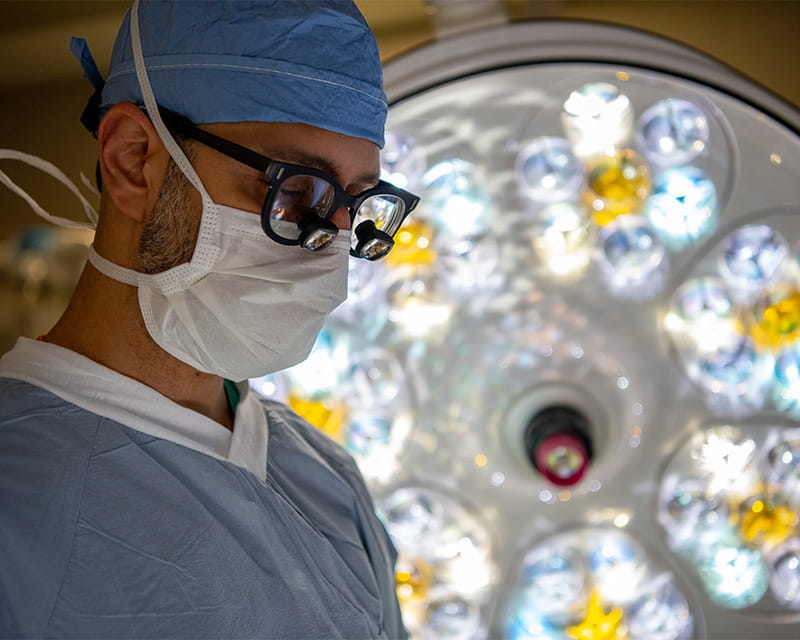