Dr. Merola earned his medical degree in 2004, followed by a neurology residency in 2009, a Ph.D. in clinical neuroscience in 2013, and a post-doctoral fellowship in movement disorders/clinical neurophysiology in 2016 – all at the University of Torino, Italy.

In 2016, he joined the University of Cincinnati in the Movement Disorders Division and, in 2019, moved to the Ohio State University. Dr. Merola is the Director of the OSU Center for Parkinson's disease and Other Movement Disorders. He co-chairs the International Movement Disorder Society (MDS) Tremor Study Group and the Parkinson Study Group (PSG) Motor Features of Parkinson’s disease working group. He is also member of the MDS Task force on Early Onset Parkinson’s disease, the MDS Task Force on Technology in Parkinson’s disease, the MDS Normal Pressure Hydrocephalus Study Group, and the Italian Scientists and Scholars in North America (ISSNAF). Dr. Merola is the author of over 100 peer-reviewed scientific publications in international medical journals and the principal investigator of multiple interventional clinical trials. His primary areas of interest involve gene therapy, DBS, infusion therapies, and MRI-guided focused ultrasound ablation.

Dr. Park is currently Vice Chair of Academic Affairs and Co-director of the OSU Center for Parkinson Disease and Other Movement Disorders. She has published predominantly in the area of Parkinson’s disease, and has been the principal or co-investigator on several clinical trials. She manages patients with all types of movement disorders, including Parkinson’s disease, tremor, dystonia, restless legs syndrome and spasticity. 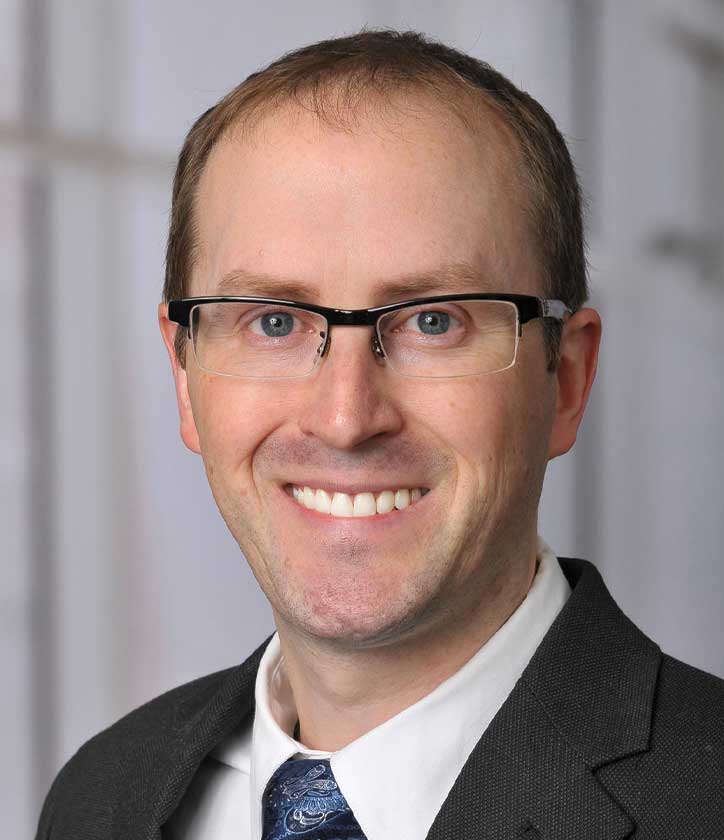 Dr. Brian Dalm is a neurosurgeon specializing in pain and functional neurosurgical disorders. He received his medical training at Loyola University and completed his neurosurgery residency and functional neurosurgery fellowship at the University of Iowa. Prior to joining The Ohio State University, Dr. Dalm was the director of the pain and functional program at Houston Methodist, where he also received the Teacher of the Year Award for the 2018-2019 academic year. Dr. Dalm’s research focuses on using neuroimaging techniques to better identify and predict patients who may benefit from neuromodulation therapy earlier in their treatment, as well as device development and predictive modeling of stimulation therapy and how that improves the localization of device placement.

Dr. Changizi earned a bachelor’s degrees in mathematics from the University of Virginia and neurobiology from the University of Maryland. She completed a fellowship in movement disorders at Albany Medical College and then directed their Deep Brain Stimulation(DBS) Program. In 2011, she joined Mount Sinai Medical Center to become the Co-Director of the Center for Neuromodulation. She joined the Ohio State University in 2013. Dr. Changizi specializes in movement disorders including Parkinson disease, tremor, dystonia, and tics. She has expertise in advanced therapies including DBS, intestinal infusion pumps for Parkinson disease, and botulinum toxin injection. She has co-authored many scientific publications and has been involved in clinical trials. She is responsible for the curriculum in movement disorders for the medical students and neurology residents and is the Director of the Movement Disorders Fellowship program. 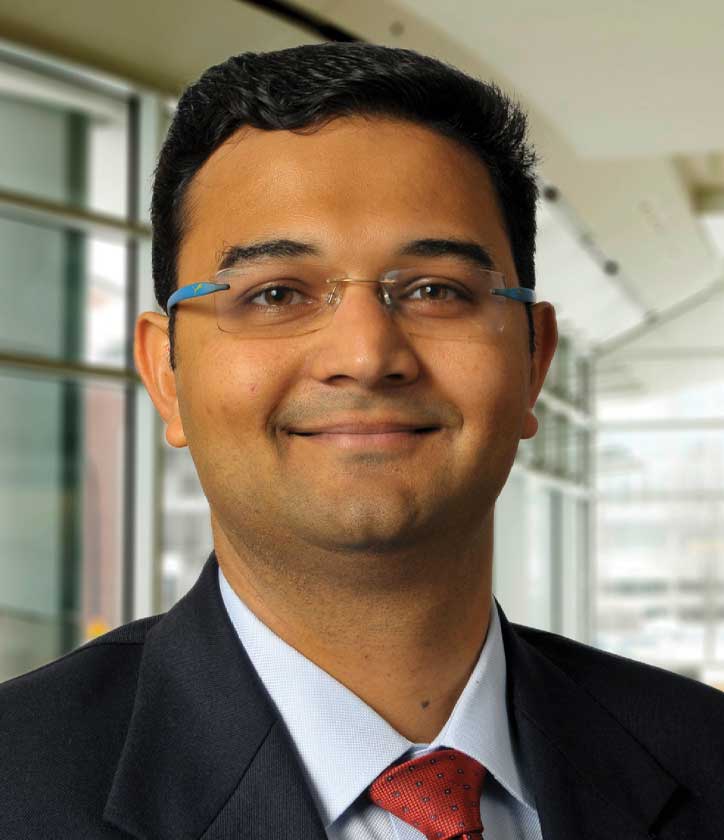 Dr. Vibhor Krishna is a neurosurgeon-scientist at The Ohio State University with expertise in neuromodulation and functional neurosurgery. He received his medical degree at the All India Institute of Medical Sciences, and completed his residency in neurological surgery at the Medical University of South Carolina. Dr. Krishna finished a fellowship in functional neurosurgery at the University of Toronto. Currently, he serves as an assistant professor in the Department of Neurological Surgery and director of the Stereotactic and Functional Neurosurgery Fellowship. His work has been published in numerous scholarly journals, including JAMA Neurology, Movement Disorders, Journal of Neurosurgery, Neurosurgery and NeuroImage: Clinical. In his lab, he investigates imaging-based therapies, specifically focused ultrasound and image-guided deep brain stimulation, and provides imaging-guidance to improve patient outcomes after neuromodulation procedures. He has co-developed a tractography-based technique for improving the safety of focused ultrasound ablation in patients with essential tremor. He is also investigating the application of focused ultrasound for treatment resistant epilepsy and advanced Parkinson’s disease.

Clarisse Goas graduated Summa Cum Laude with Research Distinction from The Ohio State University in 2008 with a Bachelor of Science in Psychology. She graduated in 2012 with her MSN in Adult Health after receiving the Health Resources and Services Administration (HRSA) Award. She worked for 4 years at Pickaway Health Services in Primary Care. Her father’s diagnosis of Parkinson’s disease contributed to her desire to subspecialize in Movement Disorders. She worked for 4 years at Wake Forest Baptist Health treating Movement Disorders patients. She returned to Ohio in 2019 and joined The Ohio State University Wexner Medical Center in the Advanced Therapies Movement Disorders program in January of 2020. She has experience in clinical trials including new medication symptomatic interventions, deep brain stimulation and intestinal pump drug delivery systems. 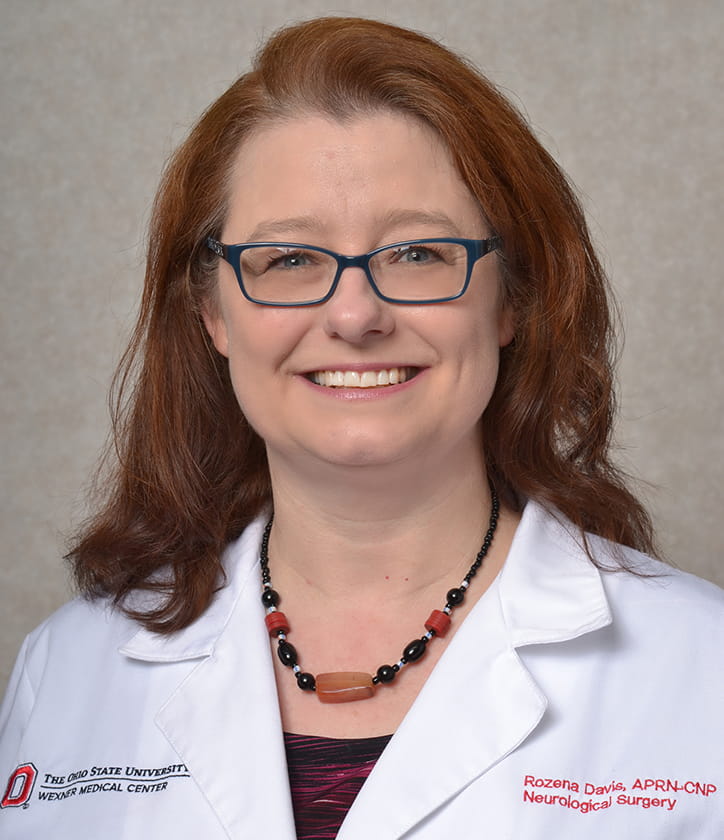 Rozena Davis graduated from Ohio State in 2017 with a Master of Science in Nursing having worked previously as a certified rehabilitation nurse. She joined the Movement Disorders Team as a Nurse Practitioner in 2018. She is a member of the International Parkinson and Movement Disorder Society. She has experience with advanced therapies such as deep brain stimulation a for a variety of movement disorders including Parkinson’s disease, dystonia and tremor disorders and is part of the clinical trials team. 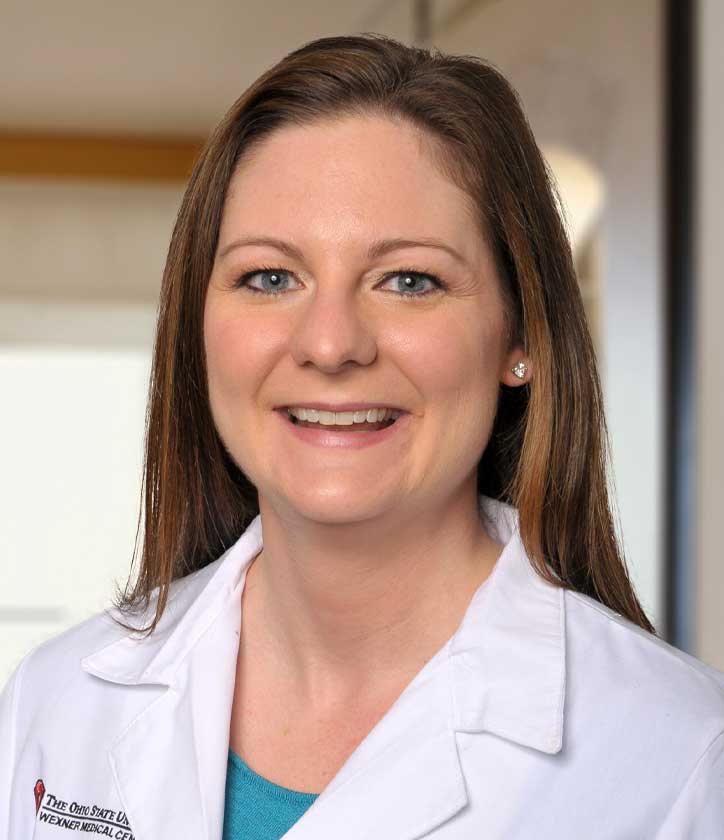 Jessica Truelove graduated from Miami University in 2006 with a Bachelor of Science in Chemistry. She graduated from The Ohio State University in 2015 with a Master of Science in Nursing and became certified as an Adult-Gerontology Primary Care Nurse Practitioner. She began working at The Ohio State University Wexner Medical Center in the Department of Neurology in the autumn of 2015. She received specialized training with the Cognitive Disorders and the Movement Disorders divisions. She is part of the research team in both divisions. She is a member of the International Movement Disorders Society, American Academy of Neurology, American Association of Nurse Practitioners, and Ohio Association of Advanced Practice Nurses.

Kate Ambrogi was granted a Bachelor of Science in Nursing with honors in 2008 from Kent State University. She has had experience working as a care provider in a senior health care program. She has also had nursing experience working on a fast paced inpatient medical surgical step down unit and on an Ohio State University James Cancer Center surgical unit. She joined the OSU movement disorders division team in 2013. She helps triage patient phone calls and serves as an advocate for movement disorders patients as they navigate the complexities of the health care system facilitating patient care and customer service. She also helps coordinate movement disorders clinical research trials.

Erika Shultz attended Ohio Wesleyan University focusing on cognitive and behavioral neuroscience with a minor in psychology. She received the G.A. Bahrich Memorial Award for Excellence in Research in April 2018 and graduated with her BA in 2019. She worked as a clinical research assistant at the Ohio State University Nisonger Center coordinating multiple clinical trials including those trying to find ways to improve quality of life for individuals with autism and developing mental health assessment tools for youths with intellectual disabilities. She joined the Movement Disorders Dvision in 2020 as a clinical research coordinator covering projects across all spectrums of these disorders ranging from studies to improve problematic symptoms including orthostatic hypotension and new gene therapy trials. 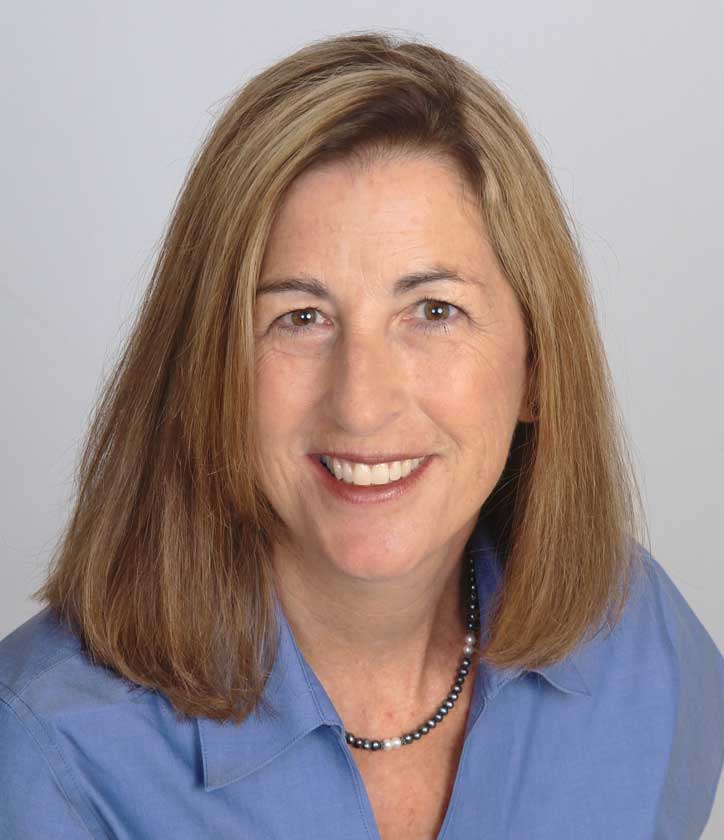 Deb Kegelmeyer PT, DPT, MS, GCS received her Bachelor of Science in Physical therapy from the Ohio State University, followed by her Master of Science in Allied Medicine, also from OSU. She received her Doctor of Physical Therapy from the Massachusetts General Hospital Institute of Health Professional at Harvard University, Boston, MA. She is a certified subspecialist in Geriatric Physical Therapy. She is a Clinical Professor in the Physical Therapy Division of the OSU School of Health and Rehabilitation Sciences. She has worked closely with the Movement Disorders team at OSU since 2005 and has been an active researcher on improving mobility related for Parkinson’s and Huntington’s disease affected individuals. Together with Drs. Kloos and Kostyk, she is a co-founder of the Mobility and Exercise in Neurological Disorders Laboratory (MEND Lab) focusing on gait and balance disorders. 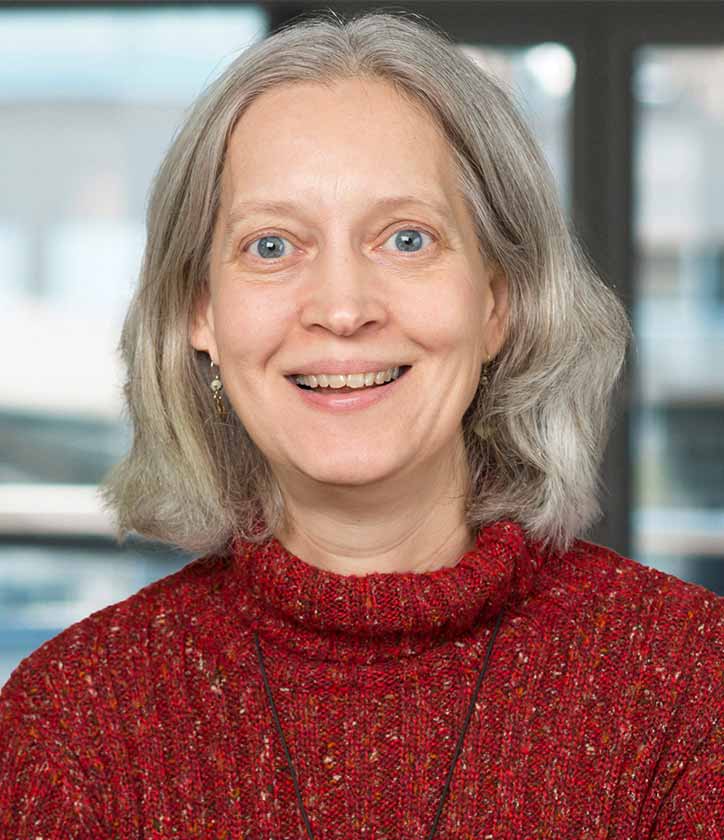 Anne Kloos, PT, PhD, NCS received her physical therapy degree from the University of Wisconsin-Madison and her doctoral degree in biology/neuroscience from Cleveland State University. Dr. Kloos is currently a Professor Clinical in the Physical Therapy Division of the OSU School of Health and Rehabilitation Sciences. She is a board-certified neurologic physical therapy specialist. Dr. Kloos has worked as a consultant physical therapist at the OSU Movement Disorders Clinic since 2005. She is a Co-Principal Investigator of the Mobility and Exercise in Neurodegenerative Disorders (MEND) Laboratory and Co-Director of the Ohio State University Neurologic Physical Therapy Residency Program. 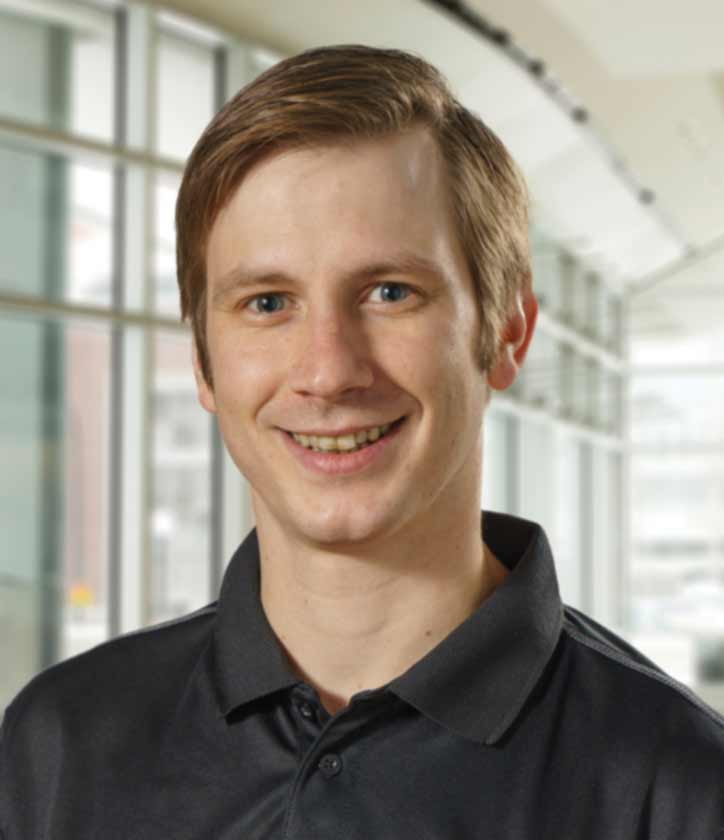 Jared has worked in outpatient neurologic physical therapy since 2011, the past 7 have been with Ohio State Outpatient Rehabilitation. Jared is the Parkinson's Team Coordinator in Outpatient Rehabilitation and he is a Board-Certified Neurologic Clinical Specialist. He treats patients with a variety of neurologic injury and disease and a significant amount of his clinical care is dedicated to treating patients with Parkinson’s disease. Jared also treats patients with multiple sclerosis, vestibular disease or illness and other neurologic diagnoses. Jared has a special interest in helping patients and families learn physical management programs and strategies to assist in functioning with a neurodegenerative disease across their lifespan. 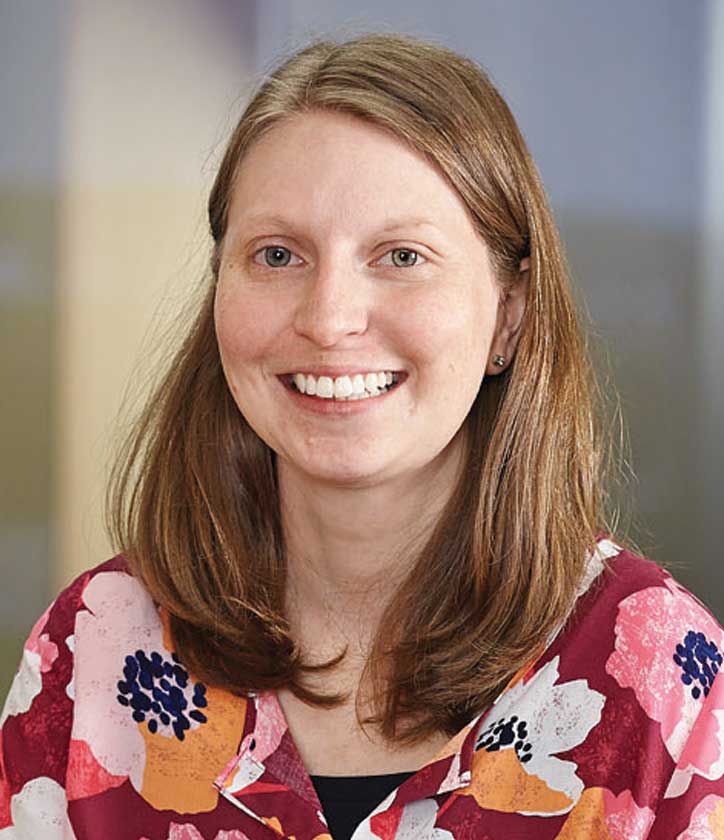 Erica Wright, MSW, LISW-S received her Master of Social Work degree from The Ohio State University in 2009. Since that time she has worked in the Columbus community in roles to support individuals with chronic health conditions and disabilities. Erica provides support for patients and their caregivers, as well as information on community resources, long term care and home health, as well as information on the disability process and work related issues, and Medicare and Medicaid. 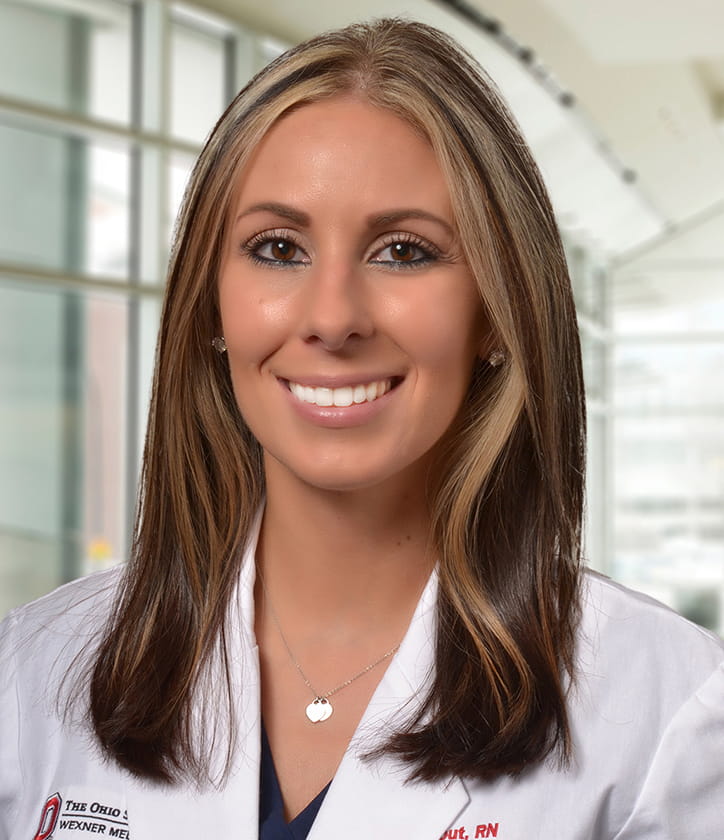 Sarah Fout received her Bachelor of Science in Nursing degree with honors from Indiana Wesleyan University. Since 2015, she has worked in a variety of roles on the Movement Disorders team at The Ohio State University Wexner Medical Center. Her most important role is ensuring patients and caregivers experience efficient and seamless care. She coordinates the multiple complicated treatments and scheduling needs of patients. She acts as a daily liaison between the neurology and neurosurgery teams in order to achieve maximum efficiency resulting in outstanding patient care.
Additional Specialists