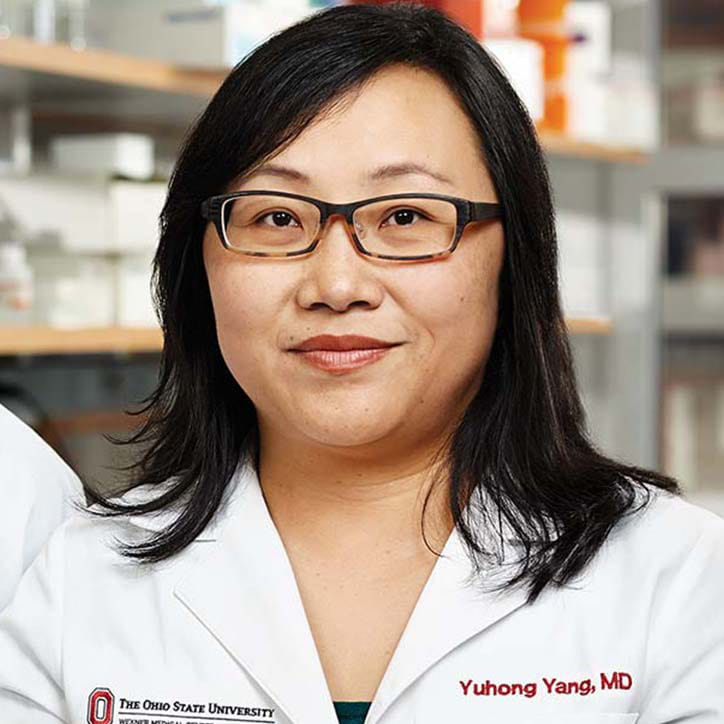 College of Medicine
Department of Neurology


Research Interests: Dr. Yang is interested in understanding molecule mechanisms that regulate CNS autoimmunity, with the goals of both identifying therapeutic targets and developing innovative therapies to treat patients. Using immunological and molecular approaches, she is focused on two questions:

My lab has focused on the characterization of pathogenesis and the development of novel therapies for Multiple Sclerosis (MS), mainly by utilizing different approaches to inhibit effector function of pathogenic T effector cells (Teff) and/or to promote the development of T regulatory cells (Treg). Myelin-specific CD4 T cells play critical roles in the formation of acute MS lesions and disease progression. However, it is not well-understood what the major determinants of T cell encephalitogenicity are. We identified IL-6 as the cytokine essential for the development of encephalitogenic Th17 cells, which highlights the importance of IL-6 signaling pathway in T cell encephalitogenicity. Therefore, we have been focusing on developing novel therapeutic reagents targeting IL-6/STAT3 signaling pathway for MS treatment. We have successfully developed a novel small molecule STAT3 inhibitor prodrug that significantly suppresses disease development and progression in murine model of MS and shifts Teff:Treg balance of CD4 T cells from MS patients. We have also developed several lead compounds of novel IL-6 inhibitors that show capacity in suppressing effector function of myelin-specific CD4 T cells and promoting iTreg development of human CD4 T cells. In addition to Th17 cells, IFNg producing Th1 cells are highly encephalitogenic in murine model of MS and implicated in MS pathogenesis. Th1 and Th17 cells have distinct cytokine profiles, suggesting that there are molecules other than the signature cytokines regulate T cell encephalitogenicity. We have recently shown that immune checkpoint PD-1 is expressed at relatively low levels on encephalitogenic Tbet+/+ Th1 and IL-6/IL-23 induced Th17 cells compared with their non-encephalitogenic counterparts, namely T-bet-/- Th1 cells and TGFβ/IL-6 induced Th17 cells, respectively. This suggests that PD-1 signaling pathway maybe a common mechanism shared by latter two CD4+ T cell subsets to inhibit their effector function and pathogenic potential. Hence, interventions that promote PD-1 activation may be of therapeutic benefit in individuals with MS by shifting the Teff:Treg balance of autoreactive CD4 T populations in a direction that favors the maintenance of disease remission. We have been focusing our research on understanding the roles and molecular mechanisms by which PD-1 signaling regulates myelin-specific Teff and Treg cells as well as the development of CNS autoimmunity.

These molecules help to regulate T effector responses and play an important role in the development of autoimmune diabetes, but it is currently unclear whether they regulate myelin-specific CD4 T cells in CNS autoimmunity. She is interested at identifying the key molecule critical for the formation and reactivation of these memory T cells, which may lead to novel therapeutic targets. Blimp-1 plays a critical role in regulating terminal differentiation and memory formation of B cells and CD8 T cells and is a leading candidate in these studies.