Department of Psychiatry and Behavioral Health 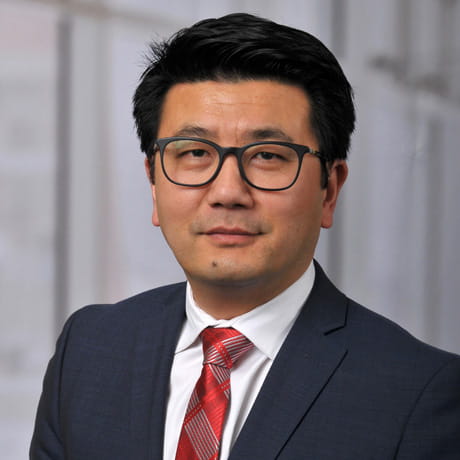 Dr. Phan has a longstanding commitment to translate discoveries from affective and cognitive neuroscience and neuropsychopharmacology to improve our understanding and treatment of anxiety and mood disorders. He has particular expertise in traumatic stress and anxiety. He is dedicated to bring new and better treatments to the clinic.

Dr. Phan and his research team understands that emotions have a powerful role in tuning our perception, imbuing our experience, guiding our decisions, and shaping our actions. As such, they believe that anxiety, fear, depression, addiction, obsessions and compulsions can be understood along dimensions of emotion that evolve over the lifespan and fluctuate with stress. They use neuroscience measures and methods to study the emotional brain and its readouts in the laboratory and the real world, and marry this approach with psychopharmacology, neuromodulation and intervention trials. The team primarily uses magnetic resonance imaging (fMRI, DTI, sMRI), electroencephalography (EEG) of event-related potentials (ERP), and other psychophysiological tools to assess brain circuit function as they relate to emotion, affect regulation and motivation. Their work seeks to better understand the neuropathophysiology and course of psychopathology, and to innovate strategies to prevent and treat more patients better and faster and keep them well for longer periods of time.

Dr. Phan won numerous national awards for his research. Of particular distinction, he has been awarded the Presidential Early Career Award for Scientists and Engineers (PECASE), the highest honor bestowed by the United States government on outstanding scientists and engineers in the early stages of their independent research career. Dr. Phan’s research has been consistently funded by the National Institutes of Health, Veterans Affairs and Department of Defense over the past 15 years. He has over 250 peer-reviewed publications, in journals such as JAMA Psychiatry/Archives of General Psychiatry, Biological Psychiatry, American Journal of Psychiatry, Neuropsychopharmacology, Proceedings of the National Academy of Sciences, Journal of Neuroscience, and Nature Reviews Neuroscience. Dr. Phan has served as editor and on editorial boards for several journals and peer reviewer on several NIH, DoD, and VA study sections. He has been a member of the Scientific Council of the Anxiety and Depression Association of America, and the Scientific Program Committee of the Society of Biological Psychiatry. He has been selected as a Felllow of the American College of Neuropsychopharmacology (ACNP) and is an Associate/Handling Editor of Neuropsychopharmacology.