Is it me? When your partner has erectile dysfunction

Questions pile up quickly when you try to have sex and a man can’t get or keep an erection.

We have answers for you about erectile dysfunction, which is the top sexual health problem for men treated by Aaron Friedberg, MD, a primary care doctor with The Ohio State University Wexner Medical Center who specializes in internal medicine.

Finding the right solution starts with a frank discussion with your doctor, he says.

For some men, erectile dysfunction can precede heart disease, so talk to your doctor.

To ease into this topic that can be awkward to discuss, we’ve started the conversation with Dr. Friedberg here.
First, the basics: What is erectile dysfunction?

It’s the better and newer term for impotence. Erectile dysfunction, or ED, embraces a spectrum of problems, and because it is a dysfunction, there often can be a return to function.
How does an erection work, anyway?
It’s a complicated mingling of the nervous and circulatory systems. The nervous system gets things started, then blood flows into the penis, while the draining veins are compressed so the blood doesn’t just flow back out. All of this has to work right to have an erection.

Where that can go wrong is if you have medical problems such as high-blood pressure, high cholesterol, diabetes, narrowing of the arteries or nervous system problems.
Is it common for a woman to ask her doctor about her partner’s ED?

I definitely have women coming in to tell me about it. Sex is an important part of a healthy relationship. Facing the problem is an issue for both partners seeking normal sexual functioning.
When should my partner see a doctor about ED?

ED could be an important sign of other health problems, so any man having trouble should see a doctor.

There are psychosocial factors that contribute to ED, such as stresses at work and home, financial issues, deadlines, moving and depression. There are also medical reasons, such as high blood pressure, high cholesterol, diabetes or low thyroid hormone levels.

Research has found that people with erectile dysfunction have an increased chance of developing heart disease. This is why letting your primary care doctor know what's going on is an important first step. In cases where there is a physical or structural problem with the penis, or a history of radiation or surgery, a consultation with a urologist may be helpful.


What kind of impact does ED have on couples?

Sex is very important to men's personal identity and confidence, and when they are unable to have an erection or have sex the way that they used to, it can definitely put stress on their relationships.

By the same token, restoring function can make a tremendous positive impact.

Is ED just a natural part of aging?

Like dementia, erectile dysfunction is more common with age. Up to 1/3 of men over 60 have ED.

But it’s certainly not a normal part of aging. 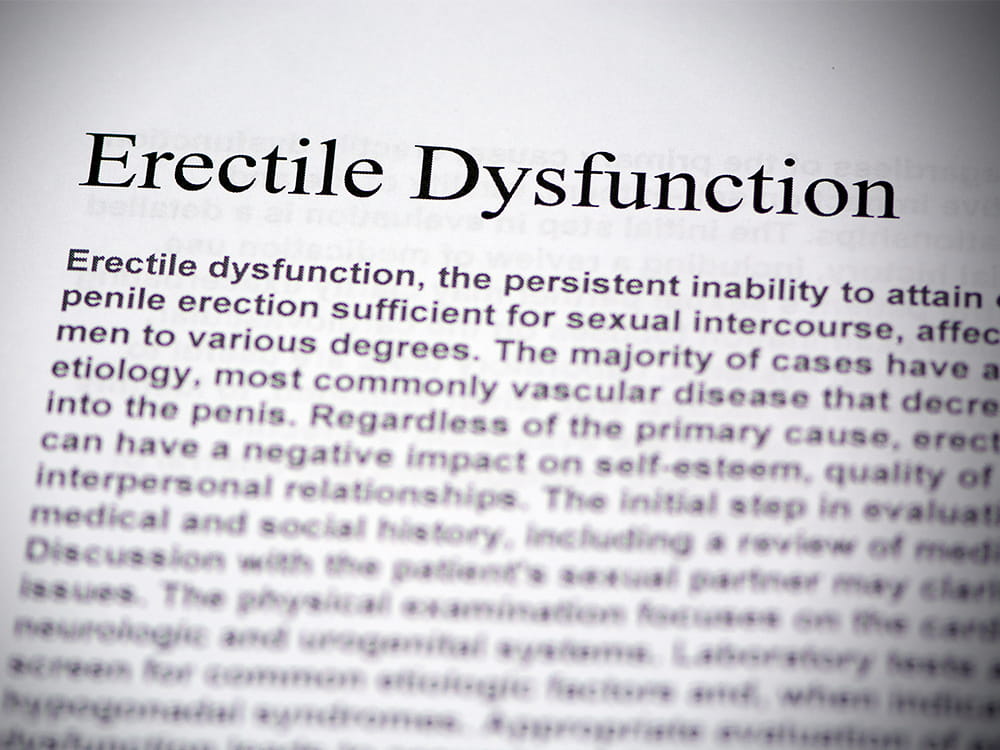 It may be normal to require more stimulation, or it may take longer to achieve an erection, but it’s normal for men of any age to be able to have regular sexual functioning.

Does ED mean my partner doesn’t desire me?

Relationship issues can contribute to ED – the brain is the most powerful sexual organ, and certainly that’s a part of it. But most of the time, ED does not mean that your partner is less interested.

ED can create a heavy burden on a man to have an erection, and he may become less likely to initiate sex because he’s nervous or doesn’t want to have that problem again.

Could ED mean my sexual partner has low testosterone?

It’s important not to think of just one cause, but to talk to your doctor about what the different causes could be.

Will biking cause ED?

It is possible. Bike seats are narrow and, if not fitted properly, you can have pressure on the space under the groin, which can damage the nerves and arteries needed for erection.

It’s really important to get a good bike fitting, which we provide through Sports Medicine. This problem is largely avoidable.

The mainstay treatments for erectile dysfunction are medications originally developed for blood pressure.

It turned out that people in the blood-pressure clinical trials were having really good erections!

The medicine works by dilating or opening blood vessels and arteries. It dilates the vessels around the genitalia very well. Examples of this medication are Viagra, Cialis and Levitra. They are pretty equivalent.

So does this mean that my partner and I will have to schedule sex?

For Levitra and Viagra, you take them about an hour before you want to have sex and the medicine typically helps for about four hours, sometimes helping up to 24 hours. Cialis can be useful up to 36 hours, so you don’t have to plan as much.

Will my partner have an erection for a really long time then?

Not necessarily, but if you ever have an erection for more than four hours, you should call your doctor immediately, as this could result in permanent damage. It’s very unusual, though.

What if medications aren’t the answer?

If the cause is stress or other social issues, talking with a mental health professional is often the best choice.

If the cause is a health condition, the best treatment is addressing that condition – lowering blood pressure, for example.

For patients who have tried mainstay treatments, there are other options.

One is a drug injected into the penis or inserted via a tiny suppository into the urethra. There also are vacuum pumps. Yes, they do exist and aren’t just in Austin Powers. They work and can be helpful. And there are more permanent, last-resort treatment options, such as penile implants.

How would someone start a conversation about erectile dysfunction with his or her doctor?

"Doc, I’ve been having problems having sex," and go from there. It’s as simple as that.

Continue this conversation or start your own with an Ohio State primary care doctor or urologist. 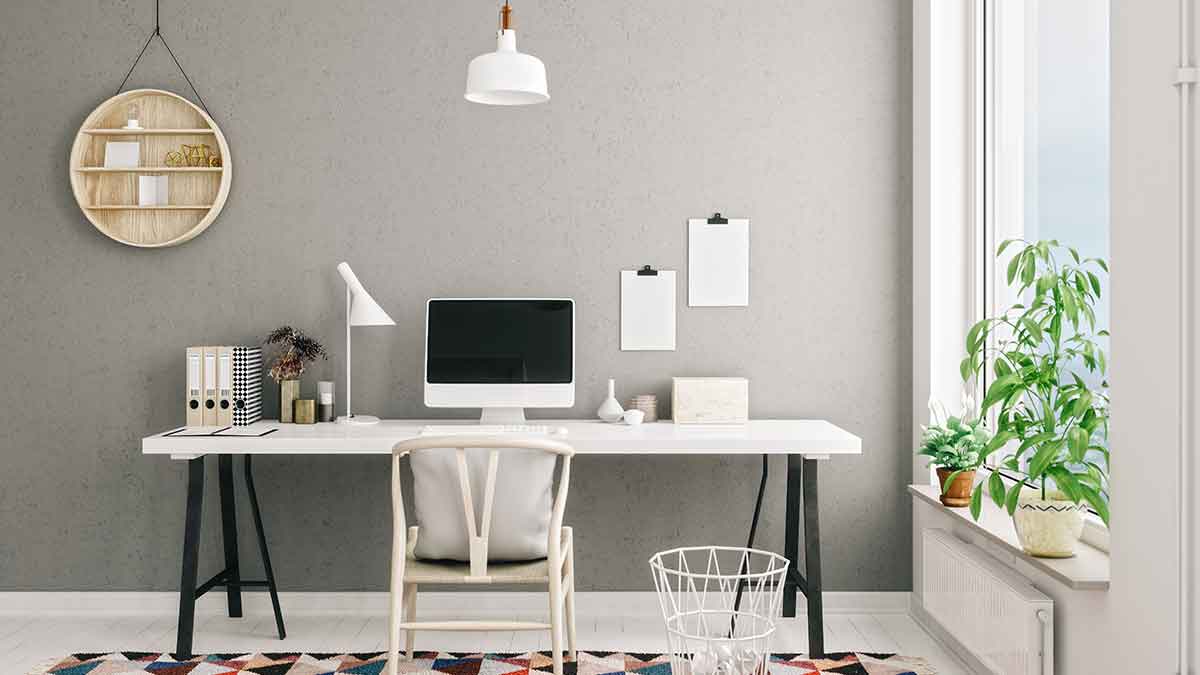 How to sustainably work from home

Here are some tips to reduce your environmental impact while working from home.

Taking care of your skin is important to prevent harmful damage, including cancer. Here are some tips to protect your skin from sun damage, aging and drying. 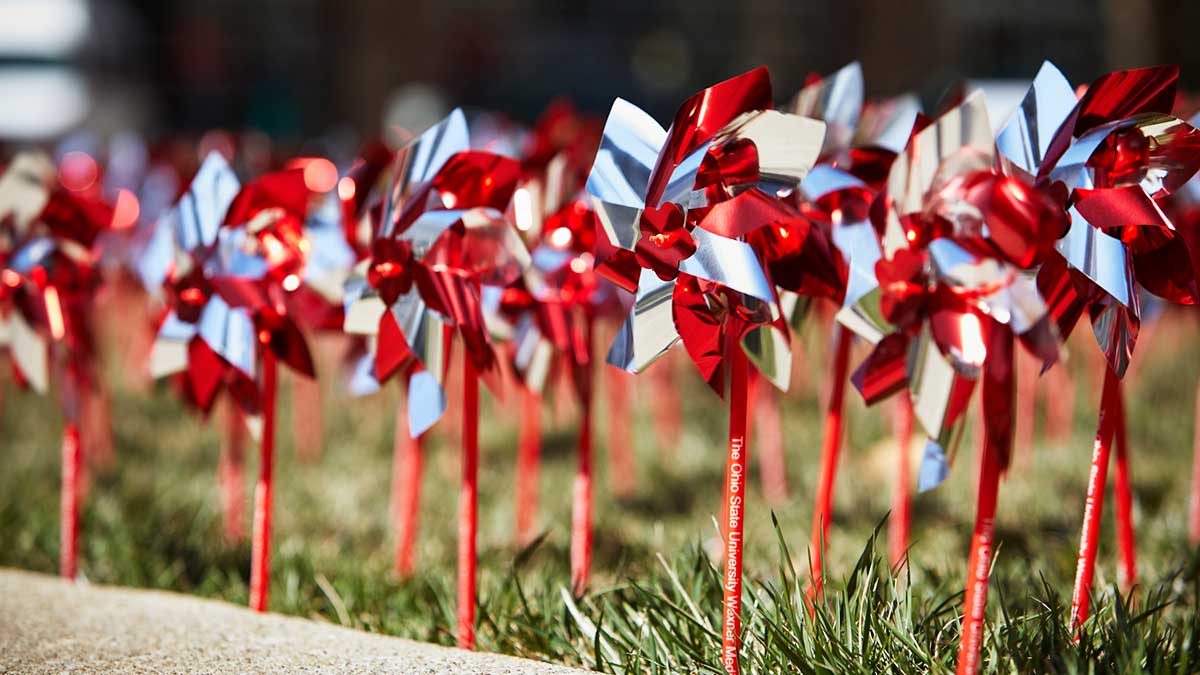 We’re all for making registering as simple as possible because so many lives could be saved if more people agreed to donate. See how easy it is.