Stephen Kang, MD, works with veterinary oncologist to give beloved dog her bark back 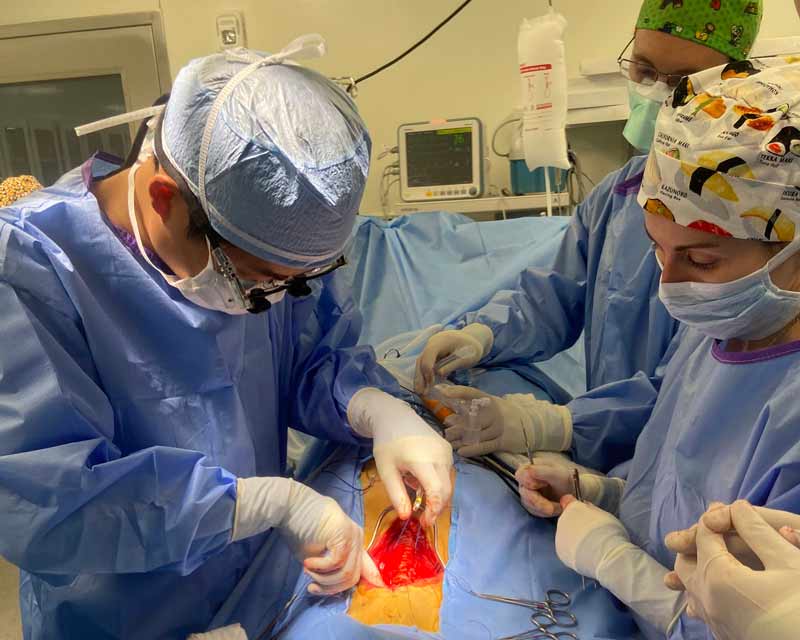 Stephen Kang, MD, is used to working on complex cases in his role as a head and neck oncologic surgeon in the Department of Otolaryngology – Head and Neck Surgery at The Ohio State University Comprehensive Cancer Center – Arthur G. James Cancer Hospital and Richard J. Solove Research Institute. But in October 2021, he experienced a career first: he was asked to help operate on a White Shepherd-mix dog named Blondi.

The rescue dog who rescued her owners

This unique case was the culmination of a long journey for Blondi and her family. After she began coughing and having trouble breathing and swallowing, her owners — a married couple who both served in the U.S. armed forces — spent nearly a year and a half searching for answers.

After several unsuccessful treatments and a battery of tests, their local veterinarian referred them to Selmic at the Ohio State Veterinary Medical Center.

“Dr. Selmic confirmed that Blondi had a tumor on her windpipe, which was obstructing her airway and pressing on the nerves responsible for voice and swallowing,” Kang says. “Because it’s a difficult tumor to remove, requiring extensive surgery that comes with several risks, Dr. Selmic said that many dog owners decide not to pursue treatment. This means even the most experienced veterinary surgeons have very few opportunities to perform this type of operation.”

For Blondi’s owners, though, their dog is more than just a pet. She’s a cherished companion that’s helped them manage anxiety, depression and post-traumatic stress disorder for 10 years. Because of the immeasurable support Blondi has provided the couple since they found her abandoned in 2011, they were willing to go to any length to save her.

Knowing she’d need help removing such a large, involved tumor, Selmic reached out to the team that regularly performs this type of surgery on humans.

“Dr. D’Souza and I work together to treat patients who have tracheal tumors or thyroid cancer that involves the trachea,” Kang says. “It made sense for us to team up again; we’re used to working with each other and I knew that would be important in this unique situation. This was also an incredible learning opportunity for the two of us and our fellow that joined us, Dr. Swendseid.”

The trio relied on Selmic’s expertise in canine anesthesiology, fluid management, pain management and postoperative care. And they did what they do best: after placing a breathing tube and exposing the cancerous mass, they immobilized the laryngeal nerves and removed the tumor. Finally, they removed the trachea and stitched it back together.

After the delicate, two-hour operation, Blondi’s ability to breathe — and bark — was fully restored.

“What I found remarkable is that the operation was identical to how we do it in humans,” Kang says. “If anything, it was a bit easier operating on Blondi because her cervical trachea was longer than a human’s, and both the recurrent laryngeal nerves were robust. I went into this experience thinking there would be significant differences in the embryology and anatomy of a dog’s head and neck compared to that of a person. But they’re quite similar.”

An appreciation for collaboration

Kang says this operation reminded him how much he values working with teams.

“Working with other surgeons from other specialties always teaches me something new. Because we come from different training backgrounds, I learn something whenever I work with thoracic surgeons or neurosurgeons, and I have always enjoyed that,” Kang says. “This case was no different. Working with a veterinary surgeon for the first time, I realized that even though we approach our respective surgeries in different ways and may use different dissection techniques, the end result is the same.”

Following her surgery on Oct. 19, 2021, Blondi’s recovery has gone smoothly. She was up and walking the next day and has gained back all of the weight she lost due to her swallowing issues.

“I know how much our own family’s dog means to us, so it’s incredibly rewarding to know Blondi is breathing freely again,” Kang says. “I’m grateful to Dr. Selmic and Dr. D’Souza, and to Blondi’s owners for trusting us with this opportunity. It’s an experience I’ll never forget.” 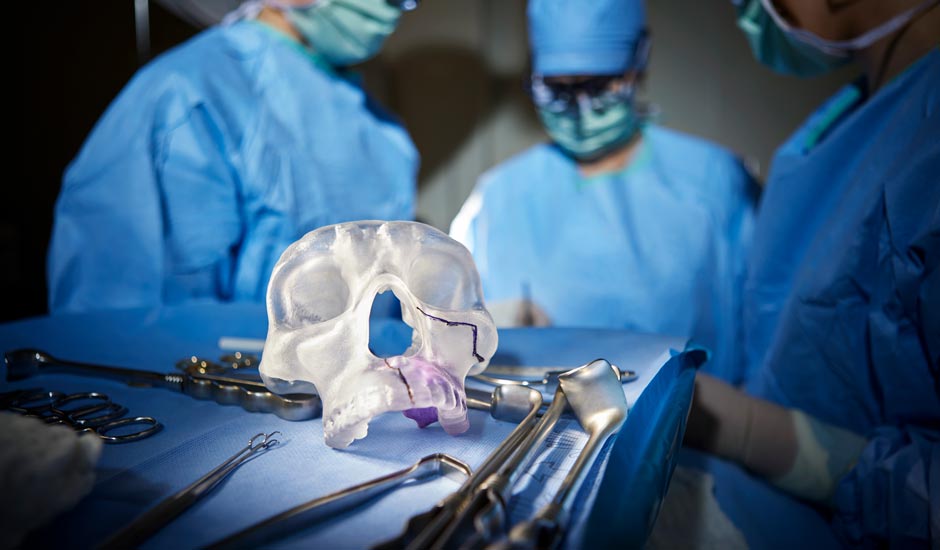 See how Ohio State is shaping the field of Otolaryngology – Head and Neck Surgery.