Family Arrhythmias: A Quest for Answers 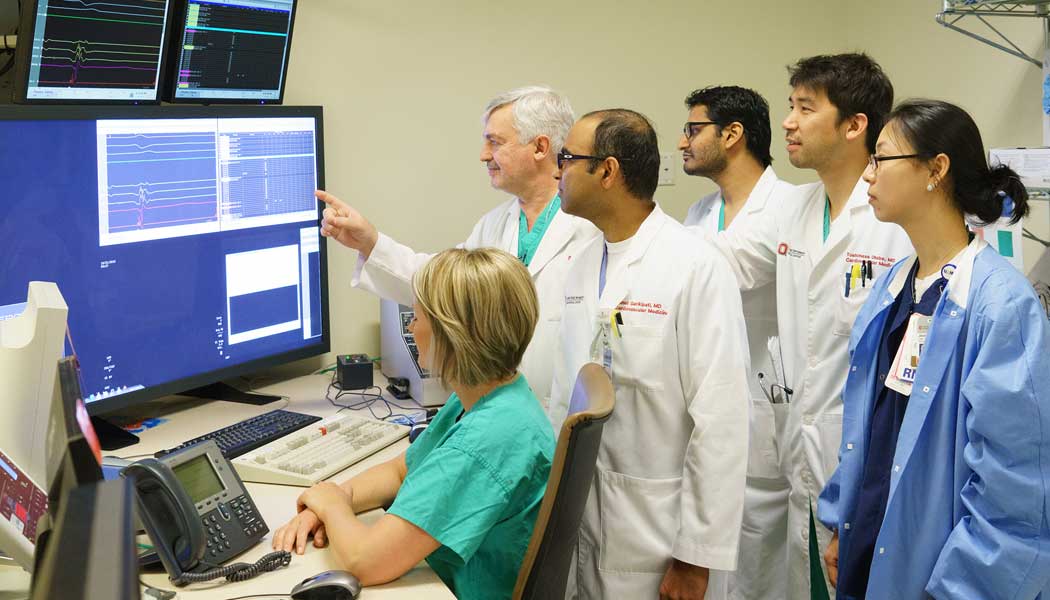 Electrophysiologist Dr. Raul Weiss with a team of researchers at Ohio State.

Determining who is at risk

“As high as one in 2,500 people has a gene that causes arrhythmias,” says Ohio State electrophysiologist Raul Weiss, MD, FACC. “Not everyone who carries a gene will develop the disease, however. The most difficult question we have to answer is ‘Which of the people who have the gene will have sudden cardiac death or pass out?’”

The most common ways people become aware of an inherited arrhythmia are to identify multiple family members who have had a cardiac arrest or have other arrhythmia symptoms. Syncope is a common symptom, as well as sudden cardiac death.

Dr. Weiss clinically studies patterns within families, including how many have defibrillators and whether anyone in the family has experienced sudden cardiac death.

Because inherited arrhythmias can span a lifetime, Ohio State works in close collaboration with Nationwide Children’s Hospital in Columbus.

Dr. Weiss compares looking for an abnormal gene to finding a misspelled word in a book. “You have to look at the chapter, the page, the word and the letter.” At Ohio State, genetics testing can be performed to discover new genetic diseases.