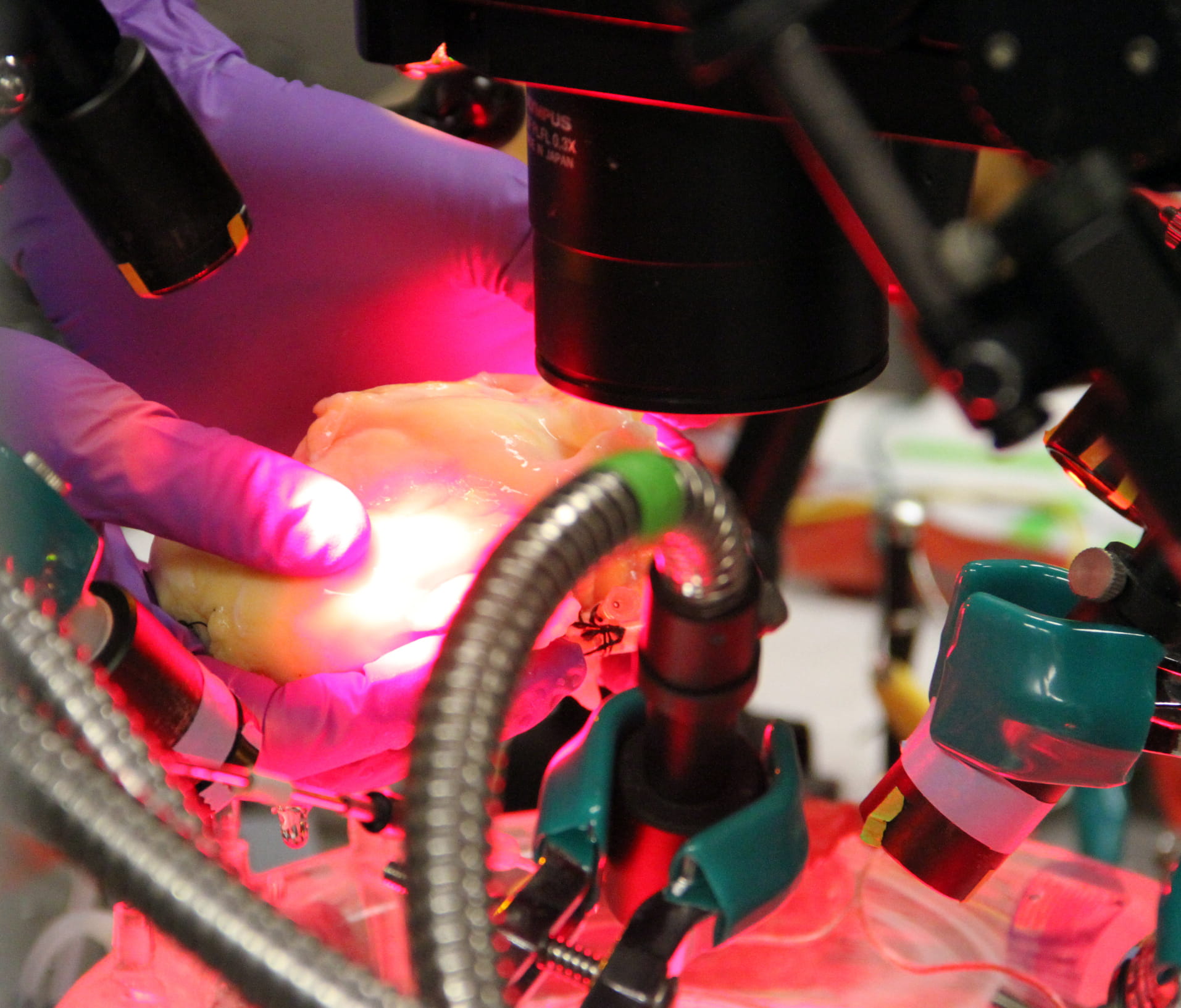 Cardiovascular researchers at The Ohio State University Davis Heart and Lung Research Institute have discovered and developed a new treatment approach for patients who suffer from persistent atrial fibrillation.

The scientists found that adenosine, a chemical present in human cells, may help physicians pinpoint the exact spot of the arrhythmia source, resulting in more effective ablation and, potentially, an end to recurring atrial fibrillation. The improved method of identifying drivers of atrial fibrillation was applied to a pilot clinical trial of 10 patients.

The researchers also found that atrial fibrillation drivers don’t always have the shape of a closed loop but instead may consist of “hubs” where the electrical activity of atrial fibrillation is multiplied—much like a small tornado. These study results were reported in the Journal of the American Heart Association.

“Thinking of atrial fibrillation drivers as hubs may change the way we interpret mapping results of the heart to identify these drivers. Finding these reentrant atrial fibrillation drivers is key for doing targeted ablation and successfully treating AFib,” says Vadim Fedorov, PhD, professor of physiology and cell biology at The Ohio State University College of Medicine and lead author of the study.

In a typical ablation, a CT scan or MRI of the heart would establish anatomy and create an electrical map that identifies where to perform the procedure. But current clinical multi-electrode maps can be difficult for clinicians to interpret because of the structurally complex 3D atria.

Ohio State researchers have been able to study living human atria with persistent atrial fibrillation outside the body and created the most accurate computer models of human atria to date by using a 3D imaging technique created by Fedorov. By injecting novel fluorescent dye into the atria and using infrared light, scientists were able to see through the atrial wall and precisely determine where the atrial fibrillation drivers were, which isn’t possible with current clinical mapping tools.

“These study results are exciting,” says John Hummel, MD, director of clinical electrophysiology research at The Ohio State University Wexner Medical Center. “The use of adenosine can improve mapping where atrial fibrillation drivers are not easily identifiable and allow us to more accurately find the exact source of these drivers and ablate.”

Dr. Hummel, who led the clinical portion of the research, notes that 80% of the patients who had persistent atrial fibrillation were helped by this safer method.

Dr. Fedorov says that the next step for him and his team is to study what makes regions of the heart more susceptible to becoming a hub—such as scar tissue or fibrosis within the heart muscle. Knowing this could result in new therapies to prevent atrial fibrillation.