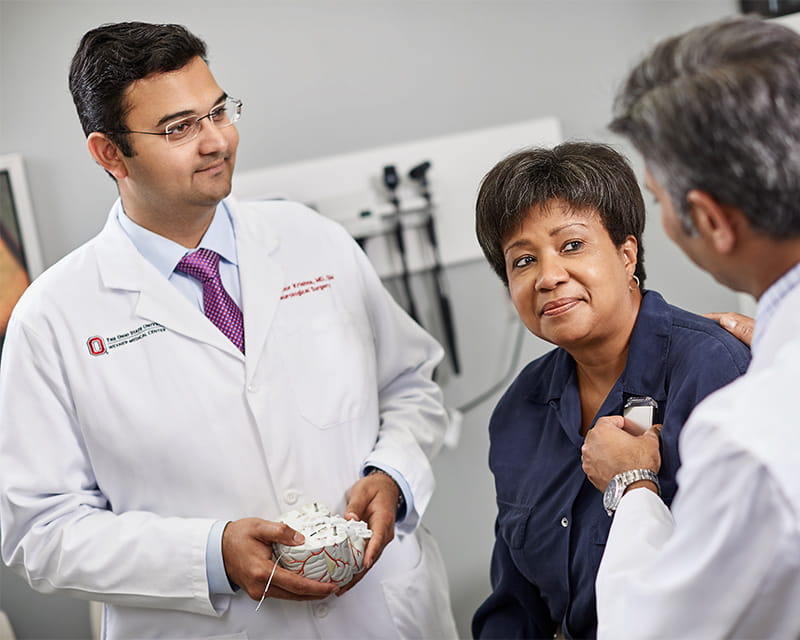 The Ohio State University Wexner Medical Center is one of a few centers worldwide shaping the future of MRI-guided, focused ultrasound technologies. With this capability, areas of the brain formerly accessible only with open surgery can now be treated without incisions.

“We’re at the forefront of delivering neurotherapeutics and modulating brain function in areas that are otherwise inaccessible,” says Ohio State neurosurgeon Vibhor Krishna, MD, SM. “We are developing protocols to test and implement this novel technology across a spectrum of neurological conditions.”

Surgeons are using ExAblate®, developed by Insightec, Inc., a transcranial ultrasound device that sends ultrasound waves through the scalp and skull. Magnetic resonance imaging allows them to guide intense ultrasound waves to a precise location during surgery.

Dr. Krishna states, “We’re providing hope for patients not eligible for or unwilling to undergo existing interventions, and most importantly, we’re helping people who have diseases where no viable treatments currently exist.”