Exploring the intersection of trauma, addiction and the brain 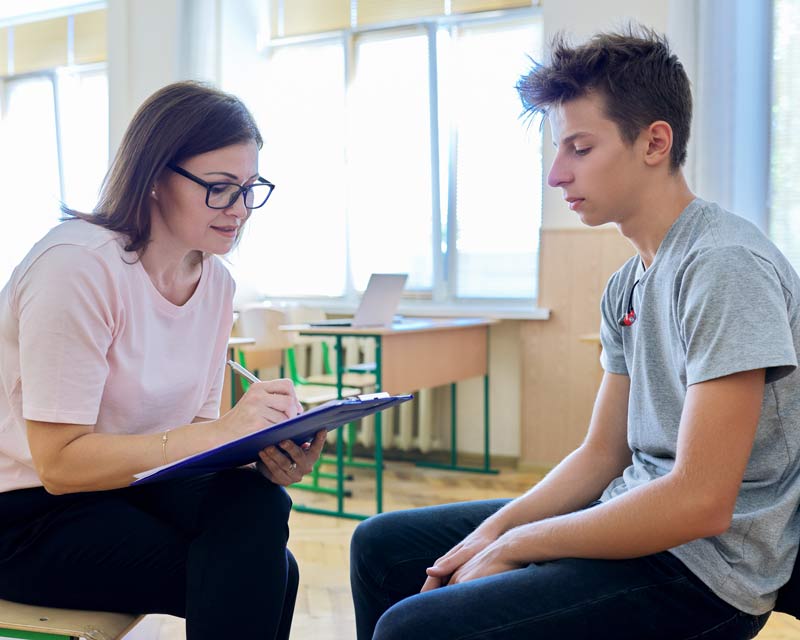 Who among us will abuse alcohol? And why?

Why do some people who suffer personal trauma go on to develop addiction and other mental health issues?

This is a key question that Stephanie Gorka, PhD, and her colleagues in the Department of Psychiatry and Behavioral Health at The Ohio State University Wexner Medical Center seek to answer. They’re conducting a comprehensive new study involving teens, trauma and the role of the brain in addiction.

Their study, funded by a grant worth $3 million over five years from the National Institutes of Health, includes co-investigators at Nationwide Children’s Hospital in Columbus.

“Overarching research shows that exposure to interpersonal trauma — such as physical assault, sexual assault and immediate family violence — is a robust risk factor for substance abuse, depression and anxiety later in life,” Dr. Gorka explains. “However, not everyone who experiences trauma goes on to experience these mental disorders. Some are resilient. And we want to learn why. And what does the brain have to do with it?”

“Our goal is to find predictors in the brain that might reveal which teens will abuse alcohol and which will not,” Dr. Gorka says. “We’ll acquire a rich collection of data and answer more questions than ever before regarding the intersection of trauma, brain and addiction.”

Dr. Gorka’s hypothesis is this: Teens who develop addiction and substance abuse issues after experiencing interpersonal trauma are people who have difficulty tolerating stress due to neurobiological abnormalities within the brain.

To test this hypothesis, Dr. Gorka and her team will recruit 200 teens, ages 16 to 19, who report experiencing at least one interpersonal traumatic event in their lives.

“We focus on late adolescence because that’s the time people begin to discover and experiment with alcohol. We want to catch that window of risk and the onset of drinking escalation,” Dr. Gorka says.

They advertised on a variety of social media platforms.

“Our ads asked general questions about the teens’ age and whether they’ve ever experienced a stressful life event,” Dr. Gorka says. “Unfortunately, it’s easy to identify kids who’ve been exposed to trauma because prevalence rates are high.”

During recruitment, researchers make certain the teens don’t already have a substance use disorder or a history of heavy drinking. They also identify teens who have access to alcohol and are at high risk for escalations in drinking over time. At the same time, researchers are also studying a control group of teens who did not report trauma in their lives. All participants under age 18 must have parental consent.

As the research begins, each teenager goes to the Ohio State Wexner Medical Center for baseline brain testing. They get an fMRI, which measures brain activity by detecting changes in blood flow during particular mental operations. The teens also put on an EEG cap while investigators record brain activity during a variety of tests.

Every three months for two years, the teens will fill out detailed questionnaires that ask questions such as:

To get a complete picture, the researchers also ask the teens about other substance use, from nicotine to crystal meth.

At six months into the study, the subjects go back to the Ohio State Wexner Medical Center for another brain scan and EEG to monitor any changes.

“We’re tracking their frequency and quantity of alcohol use over time. For example, we want to model that this person went from two drinks a week, to five, to 10, to 20, and look at how their brain images relate to that trajectory of change over time,” Dr. Gorka explains. “We will use our baseline data and say, ‘OK, which are the brains of teenagers over these two years who showed increases in general anxiety symptoms and drinking alcohol? And which are the brains of teens who did not?’”

Examining response to stress with electric shock and other tasks

The investigators use a mild electric shock test to examine their hypothesis that teens who have difficulty tolerating stress are most at risk for the development of alcohol problems.

The task manipulates the timing of mild electric shock. In some conditions, the timing of the shocks is unpredictable, which elicits anxiety and arousal. Researchers monitor the teens’ brain activity as they anticipate that the shock will occur. The researchers are particularly interested in activation of the brain’s salience network, which is a cluster of regions that evaluate the unpleasantness of threat.

“We see heightened activation in emotional regions of the brain in everyone, but we’re finding that people with exaggerated salience network activity are at risk for numerous poor outcomes,” Dr. Gorka explains. “These are the people who tend to develop mood and anxiety problems and substance abuse issues later in life.”

When they notice teens in the study are developing severe binge drinking or substance use disorders, they guide them to help through Nationwide Children’s Hospital.

Ultimately, Dr. Gorka and her colleagues hope their brain research will help identify young people who are at high risk for binge drinking and substance use disorders. And they’d like to pinpoint medication or develop education programs that will help these teens learn how to cope with stress and uncertainty — without turning to alcohol.

“If we could catch those individuals early — at age 13, 14 and 15 — and work with them on ways to tolerate stress without abusing alcohol, that would change their whole life trajectory in a positive way. That would be the ultimate goal,” Dr. Gorka says. 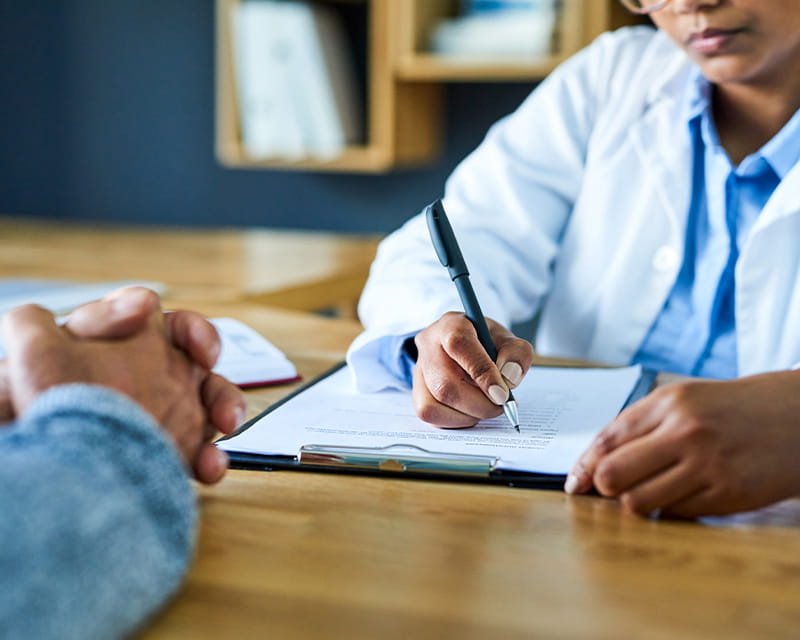 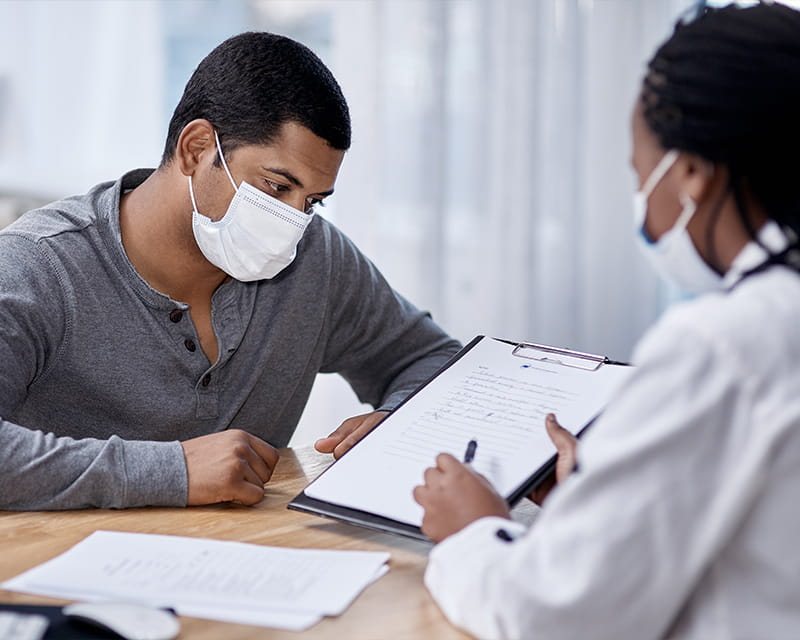 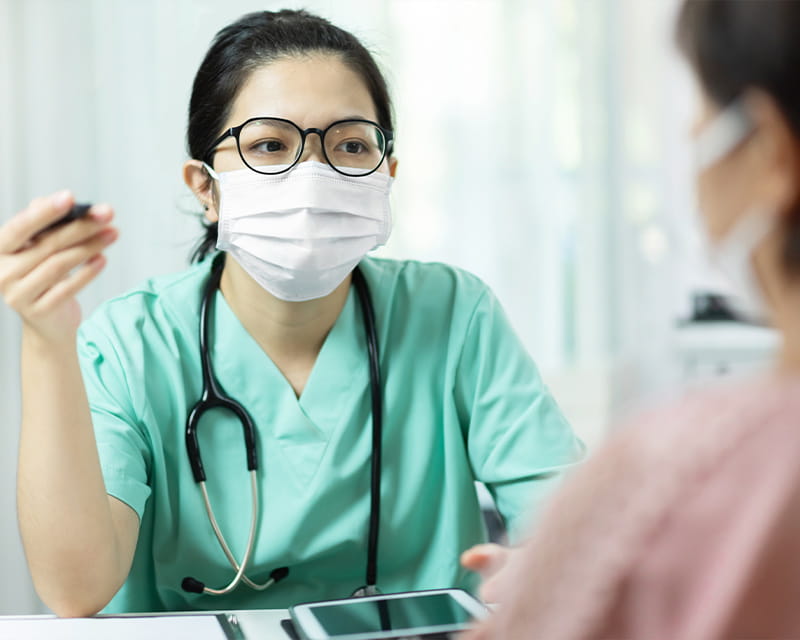