During a visit to his primary care physician, 78-year-old John Smith, who has diabetes, discussed with his doctor that his blood sugars were out of control and that he hadn’t had an eye exam for a while. His primary care doctor, participating in a new Teleophthalmology Program at The Ohio State University Wexner Medical Center, offered to do the eye test right in his office.

Since the program began in spring 2019, about 400 patients have been screened across three primary care sites in central Ohio. Of those, 88 have been referred for diabetic retinopathy.

Ohio State ophthalmologist Matthew Ohr, MD, who founded the program, explains that medical assistants in the primary care offices are trained to use an easy-to-operate camera with ultra-widefield lens that scans across the retina and into the far periphery. Images are uploaded into the patient’s medical record, which can be retrieved and reviewed by Ohio State ophthalmologists. The ophthalmologist reports back to the primary care physician with his assessment that “all is well” or that the "patient needs further examination by an eye specialist."

“We can take a picture without dilating eye drops and make a diagnosis with confidence,” Dr. Ohr, a clinical assistant professor at the College of Medicine, says. “I can look at the retina for 200 degrees. With such a widefield view, we can see pathology to the far periphery of the retina. This increases our ability to detect diabetic retinopathy and other retinal issues.”

A significant portion of patients in the participating offices weren’t previously getting their annual diabetic retinopathy exams. “Since introducing this program, we’ve had 96% of patients with diabetes in these offices successfully imaged.”

The convenience of the eye test is key, Dr. Ohr says, pointing out barriers to getting eye exams, such as transportation, work schedules, cost or lack of knowledge about the importance of having one’s eyes checked for diabetic retinopathy.

Diabetic retinopathy doesn’t always present with vision changes, so finding it early, when it’s easier to treat, can help doctors intervene with medicine or other treatments to prevent progression of the disease.

“There’s no question there are patients we’ve identified who would have lost vision without intervention,” Dr. Ohr says. “Early identification and intervention of disease has been shown to result in better outcomes. There’s also a cost-saving component. If patients don’t receive treatment early, the amount and cost of treatment is significantly higher later when there has been more progression. It’s a great example of how leveraging technology can help to improve our health care system from a population health perspective."

Ohio State’s Teleophthalmology Program currently is working with three primary care offices in Columbus, with plans to expand to 11 sites.

“With the success we’ve had, there’s been a fair amount of interest in expanding the program,” Dr. Ohr says. “Plans are developing to grow the program throughout the region and beyond.”

Close to home, the Teleophthalmology Program has formed a partnership with Ohio State’s Emergency Department (ED) to assist in diagnosing eye problems in the ED more quickly. A medical assistant will take a picture of the undilated eye and send it to an ophthalmologist for a clinical diagnosis.

One possibility on a global scale would be a collaboration between the Teleophthalmology Program and the global outreach efforts at Ohio State. Ophthalmologist John Pajka, MD, is a 1986 graduate and current adjunct assistant professor of The Ohio State University College of Medicine. He and his wife have established a Global Ophthalmology Fund, and they travel extensively to bring eye care to underserved areas in the U.S. and developing countries throughout the world.

“Our department has an endowment for global outreach,” Dr. Ohr notes. “In the future, we look forward to collaborating with Dr. Pajka, and offer testing that will provide access to eye care. We could also offer consultation remotely.”

Each offered input on streamlining the process for both patients and staff members. Once ready to go, Dr. Ohr started slowly, with three offices.

“It’s been a privilege to work with an interdisciplinary approach to develop and implement a program like this that allows us to make a difference in the lives of a number of people — especially people we know aren’t getting the care they need,” Dr. Ohr says. “We’ve impacted people, helping preserve vision in those who otherwise would have waited until they were symptomatic or had lost vision.” 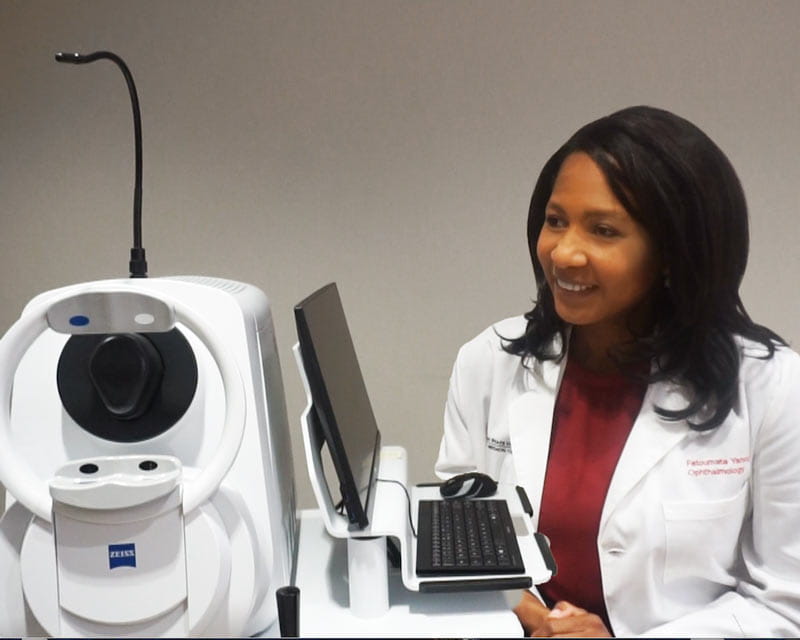 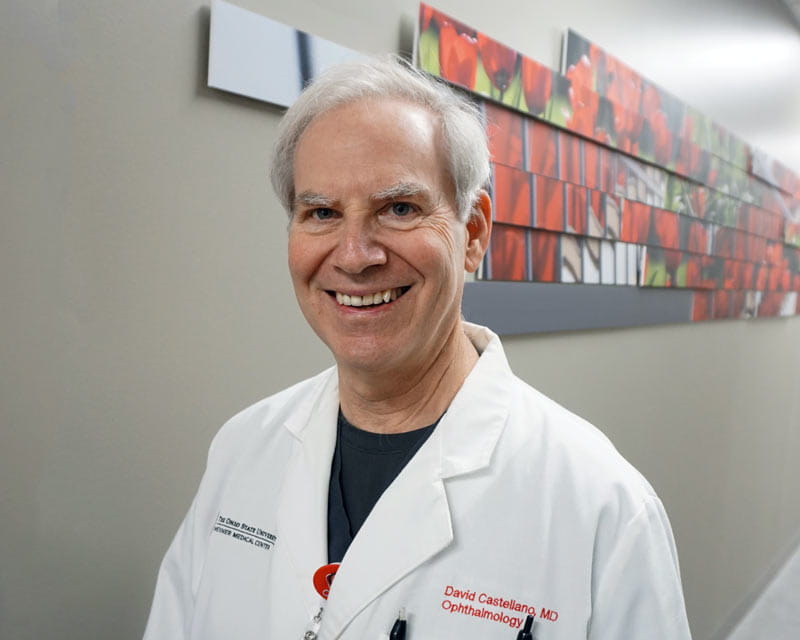