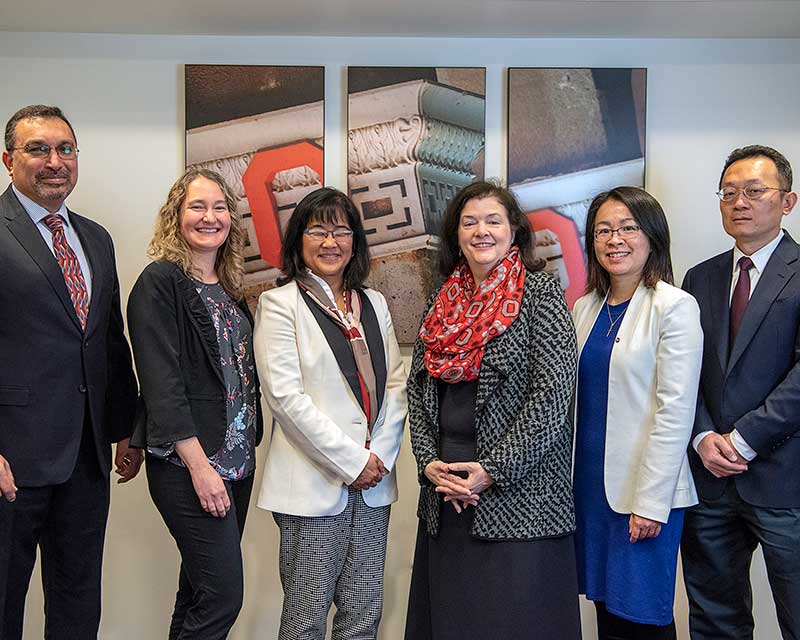 Dr. Moroi, who comes to Ohio State from the University of Michigan, is also a professor at the College of Medicine and Ohio State’s William H. Havener, MD, Chair in Ophthalmology Research.

“Our department is growing to make discoveries,” she notes. “Great scientists and their teams at Ohio State are making these discoveries through clinical, bench and translational research. A key to these discoveries is funding. Sources include federal sources, private foundation sources, institutional resources and private resources from donors and grateful patients.”

Dr. Moroi’s passions for her own research include discovering new ways to prevent blindness from glaucoma, bringing together multiple disciplines to identify and prevent factors of aging that contribute to falls, and addressing social injustices in clinical disorders. As examples of the latter, she notes addressing the lead crisis in Michigan and making sure people across America have the right eyeglasses to optimize their vision.

More accurate screening and monitoring of glaucoma and other eye diseases is the focus of new research led by Cynthia Roberts, PhD, a professor in Ophthalmology & Visual Science and Biomedical Engineering. She’s working with a team of ophthalmologists and engineers to examine the separate effects of corneal stiffness and intraocular pressure (IOP) on the biomechanical assessment of the eye. IOP is an important factor when assessing risk for eye disease, particularly glaucoma. Current measurement techniques — such as the common puff-of-air test that causes the cornea to deform — can render inaccurate pressure readings if a cornea is abnormally stiff or soft.

“The higher the IOP, the stiffer the behavior,” Dr. Roberts says. “That’s a problem, because how do you know when this deformation is measured, if it’s due to stiffness or IOP? You can’t tell, so one of the most important goals of this grant is to separate stiffness from IOP in these clinical deformation parameters.”

The study has received a $1.925 million R01 grant from the National Institutes of Health (NIH).

Co-investigator Jun Liu, PhD, professor of Biomedical Engineering and Ophthalmology, also has invented a high-frequency ultrasound tool to understand small corneal deformations as markers for corneal diseases and glaucoma. Her work is funded by the NIH.

Adaptive optics researchers Stacey Choi, PhD, and Nathan Doble, PhD, from Ohio State’s College of Optometry, have earned grant money to use the AO-optical coherence tomography-scanning laser ophthalmoscope system to image individual retinal ganglion cells (RGCs) and nerve fiber bundles in healthy and glaucomatous eyes, and correlate these findings to functional measures such as visual fields. The work will allow for a much earlier diagnosis of glaucoma than standard clinical tests and a better understanding of the pathophysiology of the disease.

“Drs. Choi and Doble bring cutting-edge adaptive optics imaging whose resolution is able to provide single-cell imaging of the retina,” Dr. Moroi says. “The implications are to find the earliest signs of disease, such as glaucoma, macular degeneration and retinitis pigmentosa in a living person. They’re currently conducting pilot studies to acquire patient data.”

Ohio State is one of six centers in the country with this technology. The technology will be critical to developing the objective measures needed to evaluate clinical trials of novel retinal therapeutics

Colleen Cebulla, MD, PhD, and her team are setting up a new study of the retina that builds on her previous work with macrophage migration inhibitory factor (MIF), funded by a $1.9 million grant from the U.S. Department of Defense.

“We’ve been looking for the proteins that might be important for loss of neurons after retinal detachment, or scar tissue formation in the eye,” Dr. Cebulla, an associate professor at the College of Medicine, says. “We’re interested in the inflammatory proteins that are involved in those processes. MIF looks interesting and has been implicated in a lot of diseases, but no one has looked at it as a therapeutic target for retinal detachment.”

Proliferative vitreoretinopathy (PVR) is the most common cause of failure of retinal detachment surgery. It occurs frequently after retinal trauma, and there are no effective pharmaceuticals to prevent it. The study is investigating the effects of drugs that target MIF, which is produced at high levels in PVR, as well as testing the ability of different clinically relevant MIF inhibitors to block photoreceptor death and abnormal healing.

“We’re the first to show that MIF goes up in experimental retinal detachment. When we block it with a drug, we can prevent loss of the photoreceptors from the detachment and prevent the retinal gliosis that is an important part of scar formation,” Dr. Cebulla says.

The research team will look for other clinically relevant MIF inhibitors to determine if they would potentially be helpful for traumatic retinal detachments that military personnel might experience.

The hope is that the study will provide the groundwork for a clinical trial in patients, which could lead to therapeutics that could prevent vision loss from ocular trauma and damage from retinal diseases.

“I find genetic markers associated with glaucoma and its quantitative traits, such as intraocular pressure, vertical cup-to-disc ratio and central corneal thickness,” Dr. Gao says. “I also use genetic data and machine learning to try to predict glaucoma.”

Another Ohio State researcher, Mohamed Abdel-Rahman, MD, PhD, and his team recently identified BAP1 as one of the genes predisposing patients to eye melanoma. The next question they will address, in a two-year, $375,000 NIH study, is how other genes could modify the effect of BAP1 in patients.

Dr. Abdel-Rahman, an associate professor at the College of Medicine, and his team hypothesize that OCA2 plays a role in why some family members with BAP1 mutations develop one form of cancer while others develop a different form.

“The grant will help us understand the mechanisms that OCA2 plays in modification of cancer risk of BAP1,” he says.

One of Dr. Moroi’s goals as she comes to Ohio State is to work together with Ohio State’s highly regarded otolaryngology team, as well as its geriatrics team, to develop a center that will focus on studying falls in older people. The goal is to gain a better understanding about the vision and hearing sensory aspects that cause falls, then develop prevention strategies.

Dr. Moroi is also planning to partner with Ohio State’s computer science and engineering teams to find better ways to collect data from eye exams and testing. She’s hoping this partnership will help her team implement artificial intelligence to interpret the data. 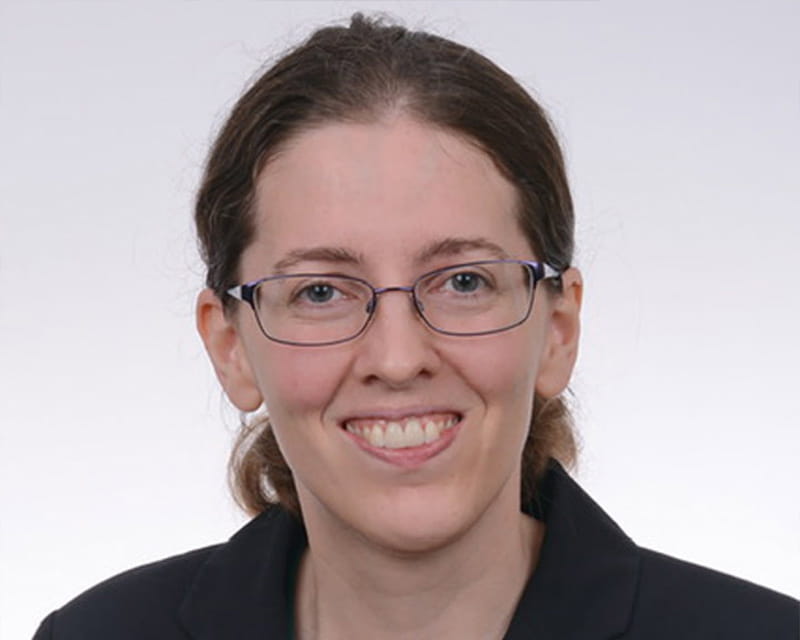 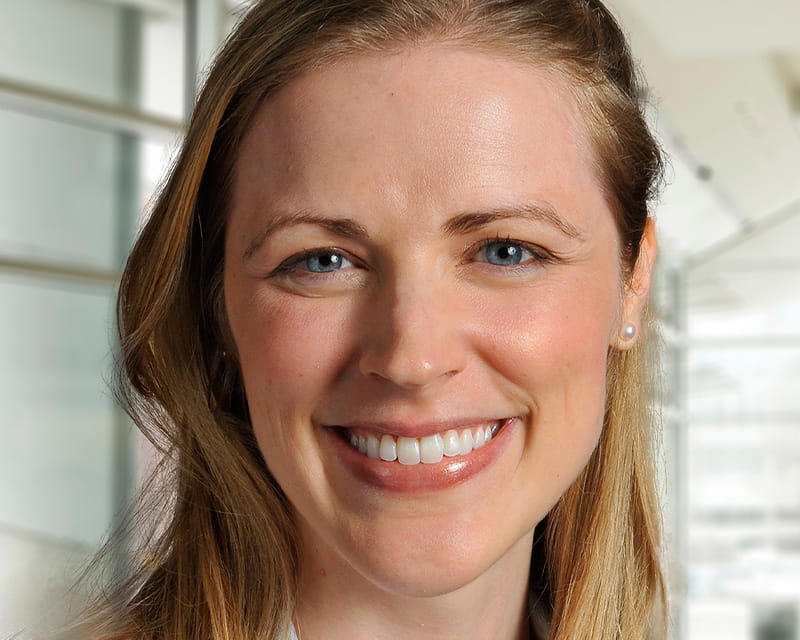 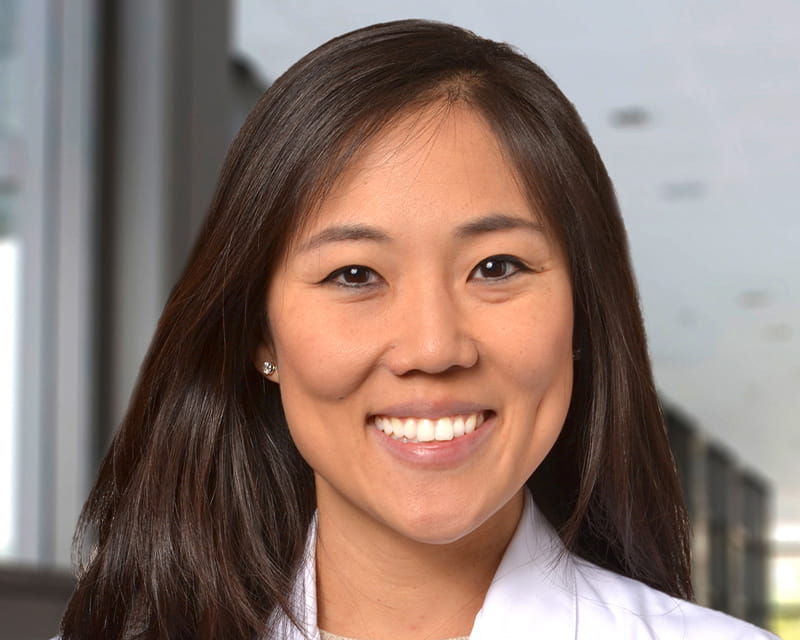