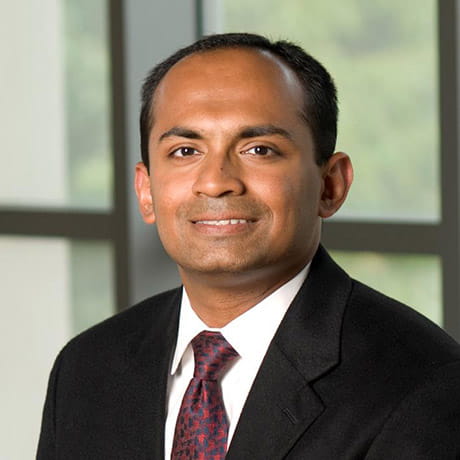 The effort to improve care is especially important when it comes to infant mortality, where Ohio ranks as the eighth-worst state in the United States, according to the Centers for Disease Control and Prevention. The problem is even more pronounced among black infants; in 2017, Ohio’s black infant mortality rate of 15.6 per 1,000 live births was nearly triple the rate of 5.3 for white infants, the Ohio Department of Health reported.

CATALYST – the Center for the Advancement of Team Science, Analytics, and Systems Thinking in Health Services and Implementation Science Research – at The Ohio State University was called upon to play a role in helping to address those disparities.

“Our role was to provide an optimal solution for visualizing the available data about infant mortality rates in Ohio so that it could be put to use by health care professionals to improve the quality of care,” said Naleef Fareed, PhD, MBA, an assistant professor in the Department of Biomedical Informatics and CATALYST who led the project team.

As part of the effort to decrease infant mortality in Ohio, experts created the Ohio Opportunity Index, a way of looking at the socioeconomic conditions of a specific geographic area. Areas in need can then be targeted for delivery of interventions designed to improve the lives and care of the people who live there.

Composed of 34 social and economic variables grouped into seven domains such as education, health, and housing, the index is a weighted composite score generated at the level of U.S. census tracts. Each census tract has a score for the seven domains, then an overall OI score; these scores can be compared, either using their standardized value, their rank against all other scores, or including their standard deviations.

The Opportunity Index uses social determinants of health to inform the delivery of better, appropriate health care, and this approach is aligned with an overall movement in the medical field. Along with the novel dataset, researchers in CATALYST employed an innovative approach to analyze the information.

The CATALYST team was tasked by the Ohio Department of Medicaid, through the Ohio Colleges of Medicine Government Resource Center, with presenting the data to them ¬– and potentially to health care practitioners and members of the public – in a clear and user-friendly format. Faculty and staff in CATALYST used the data visualization program Tableau to create the dashboard, which offers an interactive way of viewing the Opportunity Index information.

“We are doing this because of the movements both toward using social determinants of health to provide more informed care and to use technology to enable visual data analyses that can inform decision making,” Dr. Fareed said. “The tool is intended to improve the delivery of care and provide health care leaders with more information as they make decisions.”

The tool could be used to easily identify areas with health disparities that prior research suggests is linked to higher infant mortality rates. Existing interventions or new interventions could then be targeted toward these areas to reduce the disparities and improve outcomes for at-risk people.

The completed dashboard consists of four basic components: a map of the state color-coded into seven groups at the census tract level, a table that displays the domain score or composite OI score for those census tracts, a distribution chart that can highlight where each of those tracts appears in comparison to all of the state’s nearly 3,000 other tracts, and a score plot that shows the underlying data for comparison.

Each of those four components is linked to the others, so a selection in one area highlights the relevant data in the others. The OI dashboard is thus an exploratory tool: Rather than presenting conclusions to its users, it allows them to explore the data in new ways and lets them make their own discoveries.

Supplemented by a user guide that explains both the Opportunity Index and the Tableau dashboard itself, the project serves as an example of how an iterative process of development and design, in which feedback is sought from multiple stakeholders, can result in a tool that can be used to examine health care data in a new way.

Rather than existing as a dense spreadsheet of numeric values, the dashboard generated by the project – along with the documentation of its creation process – can serve as a template for replication in other data visualization contexts.

“By presenting documentation of each step in our creation of the Opportunity Index dashboard, we hope that other researchers and health care providers can build on our work,” Dr. Fareed said. “Most importantly, we hope that developing and disseminating these kinds of visual representations can help providers in ways that enable them to make more informed health care decisions that benefit their patients.”