7 ways what you wear impacts your health 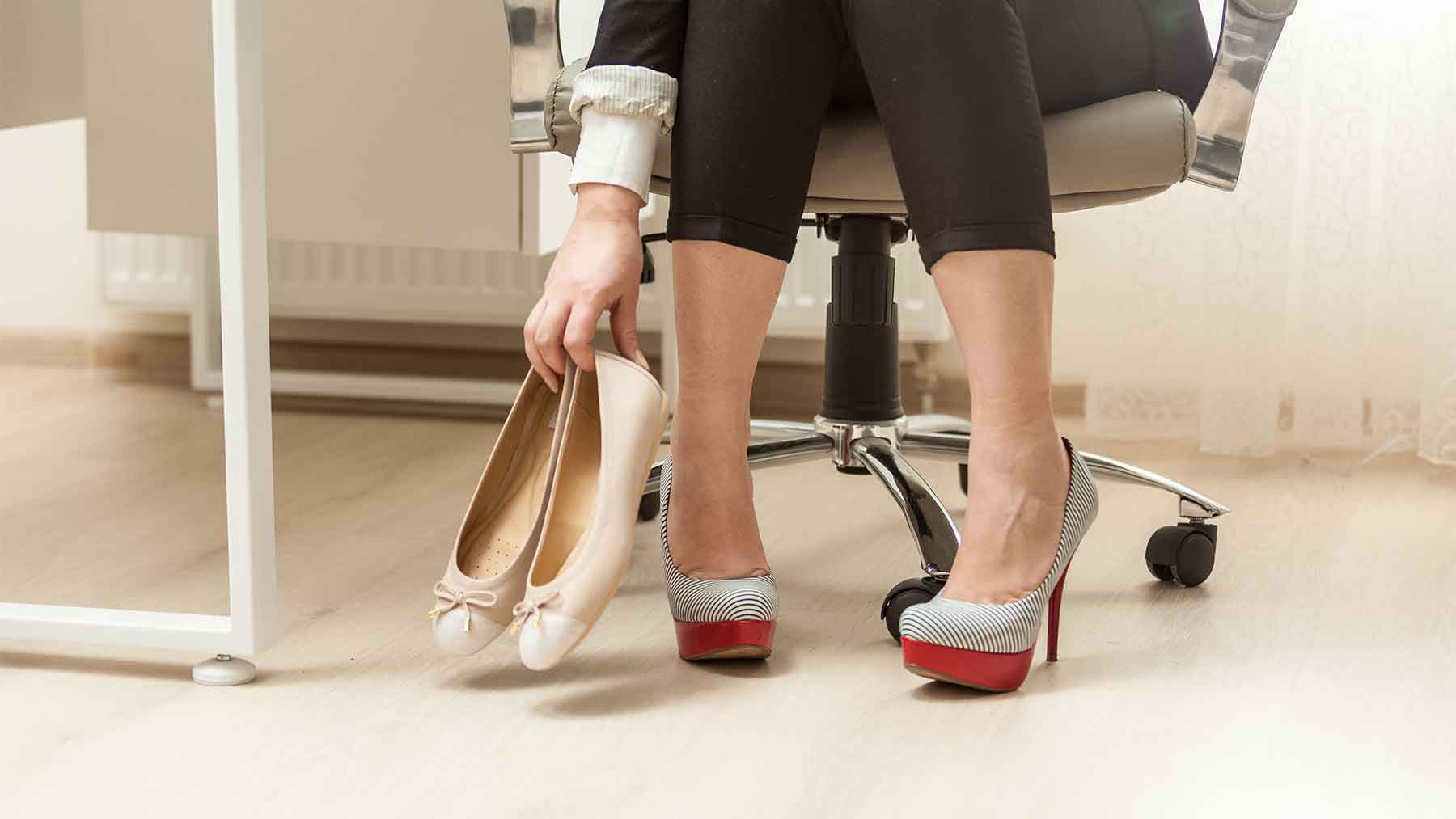 Whether you’re fashion forward or you prefer to stick to your well-loved wardrobe staples, what you wear and how you wear it can impact your health.
Here are some things men and women should keep in mind as they dress for the day.
1. Neckties
Bow tie, Windsor knot – no matter how you tie them, the friction and pressure of neckties can cause ingrown hairs in some men.

Randell Wexler, MD, a family medicine physician at The Ohio State University Wexner Medical Center, says men who tend to get ingrown hairs should shave the night before they wear a tie.

“The skin is less irritated in the morning, so when you button the shirt, it’s less likely to cause inflammation,” Wexler says.
2. Belts
We use them to hold up our pants and sometimes adorn them with statement-making buckles, but if that belt is too tight, it can lead to numbness in the front part of the thigh.
“If you’re on the heavier side, tight belts can compress a couple of rather sensitive anatomic structures,” says Michael Jonesco, DO, an internal and sports medicine physician at Ohio State’s Wexner Medical Center. “One being a sensory nerve called your lateral cutaneous nerve, and that one can cause a burning pain in the thigh, a condition called meralgia paresthetica.”
“Another complication is the restriction of blood flow from the lower extremities back to the heart and lungs,” Jonesco says. “If you can’t return that blood flow, you get swelling in the lower extremities and that can contribute to blood clots in the thigh and lower leg.”
Weight loss can reduce the likelihood of this happening. Purchasing a larger belt or a belt with elastic that has some give is another fix.
3. Skinny Pants
For years, women of all ages have been wearing skinny pants and jeans. Now men’s trousers are available in slimmer cuts, with quad-hugging skinny jeans gaining in popularity among millennials.
Jonesco says that, in men and women, there have been some rare cases of skinny pants so tight that they compress the nerves of the lower leg. In another odd case, there was significant damage to the muscles cells that led to rhabdomyolysis, a condition that can lead to kidney failure and, in severe cases, death.
And before guys purchase their next pair of pants, experts want to remind them that anything that increases the temperature of the testicles has the potential to decrease sperm production.
Lawrence Jenkins, MD, an urologist who specializes in male infertility at Ohio State, says while research is mixed, he tells his patients to avoid excessive heat.
“I recommend men avoid hot tubs, saunas, laptops on the lap and cellphones in front pockets because they can elevate scrotal temperatures,” Jenkins says. “I don’t have a set recommendation for trousers, however the potential is there.”
Doctors recommend looking for loose-fitting clothing or pants made with more elastic materials.
4. Wallets
With IDs, credit cards, receipts and more, men can pack a lot into a wallet. Putting a big wallet in your back pocket could create problems.
“If you sit down on that, you’re going to sit down in an unnatural way that will throw off the back’s normal posture and can lead to a lot of pain,” Wexler says.
Jonesco adds, “Sitting on a large wallet directly compresses some the musculature we sit upon. The piriformis is a small muscle but can lead to significant pain and even sciatica when in spasm.”
Wexler says, “Guys should wear their wallets in their front pocket.”
Jonesco suggests using a smartphone instead of a wallet.
“Take photos of receipts with your smart phone, use with a money app, minimize your wallet and go to a money clip,” he says.
5. Backpacks and Handbags
Whether you’re off to school or taking a hike, donning a heavy backpack can strain the back.
“The increased load on the musculature of the neck has the potential to lead to some upper back pain,” Jonesco says. “Heavy backpacks will also change your center of gravity and that can put some increased strain on your lower back and even change your posture.”
Jonesco suggests minimizing the weight by placing no more than 10 to 15 percent of your body weight in a backpack. Also use hip straps to shift some of the weight bearing capacity from your back to your hips.
Weighty handbags can also cause issues.
Heavy handbags can throw off your gait and cause back, neck and shoulder pain, according to Wexler.
He advises patients to evaluate what they’re carrying and only put what is needed in a purse.
“If it’s necessary, consider switching to a backpack to distribute the weight as evenly as possible,” Wexler says.
6. Shoes
The extremes of footwear – flip flops, ballet slippers and high heels – can wreak havoc on the feet.
“Flip flops don’t provide any support and high heels increase the pressure on the forefront of the foot,” Wexler says. “Anytime you change your natural gait artificially, you’re going to have vector forces and pressure on the knees, hips and back. Everyone is different, but over time people will develop discomfort.”
High heels, especially with pointed toes, are major contributors to why women develop bunions at a much higher rate, according to Jonesco.
“They cause the big toe to turn inward, causing some foot and forefoot pain and, ultimately, arthritis of the big toe joint,” Jonesco says.
He adds, “Avoid the extremes in heel height, limit the duration that you wear heels and curb the amount of impact activity that you’re doing.”
7. Shapewear
Shapewear is touted for its slimming capabilities but wearing it too tight can make it difficult to breathe. The extra layer of clothing can trap body heat and make people sweat.
“If someone wears it for events and not daily, it shouldn’t cause too many problems,” Wexler says.