Does vinegar have health benefits? 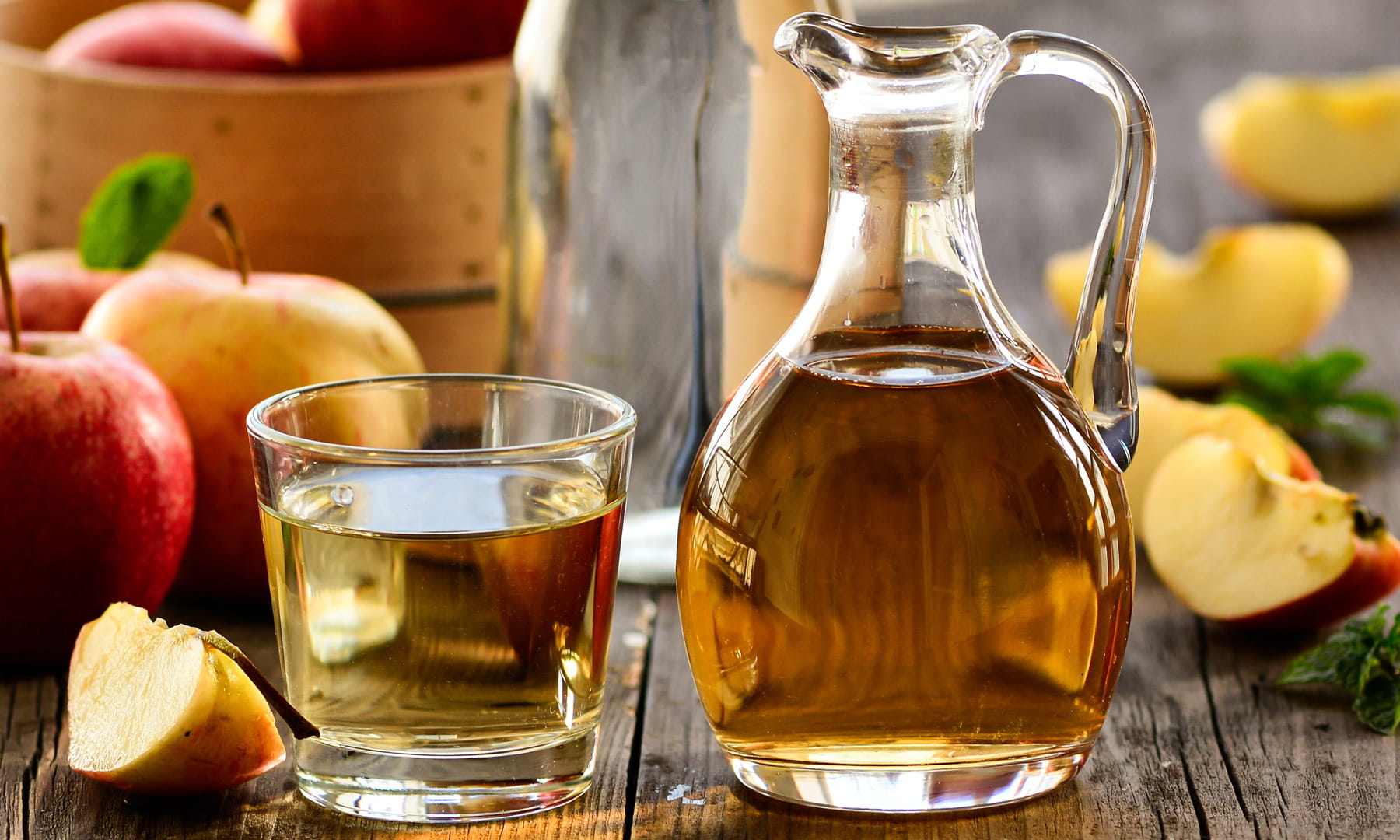 Well, there’s no truth to that advertisement, which is actually for a supplement to be taken in addition to the daily swig of vinegar. First of all, fact-finders discovered various ads with this person hailing from Harvard, Stanford, even the University of South Wales. But what about vinegar by itself? Can a daily regimen of the sour liquid fix what ails you?

Vinegar contains acetic acid and is obtained by fermenting dilute alcoholic liquids, typically wine or cider. It’s used for pickling vegetables and making salad dressing, but people also use it to keep their windows clean. So it’s somewhat surprising that it’s touted as a health aid.

Still, vinegar contains vitamins and amino acids that are useful in the body. Good for us, yes, but the evidence of vinegar as a cure-all is lacking, ambiguous and equivocal.

If you're taking two tablespoons of vinegar a day, it won't fix you, but it won't necessarily hurt you either.

Let’s look at several of the claims to see if there’s a drop of truth in them:

Recent scientific investigations clearly demonstrate the antimicrobial properties of vinegar, but mainly in the context of food preparation (good for pickling and preserving), not necessarily inhibiting grown of harmful bacterial strains like e coli. Why? The concentrations of acetic acid are just not strong enough.

Similarly, experts caution against using vinegar as a household disinfectant against human pathogens because chemical disinfectants are more effective. Vinegar can keep bacteria at bay, but the concentration of acid in vinegar isn't going to inhibit growth of bacteria as well as other, stronger cleaning solutions.

Claim: Vinegar is good for our digestive system.

Vinegar has been used for thousands of years to fight infections and clean and heal wounds. Modern research, however, finds that our bodies will break down the acids of vinegar. It doesn't do any of the heavy lifting.

Studies have shown that vinegar lacks antiglycemic action on enteral carbohydrate absorption in human subjects. In other words, it could allow the carbohydrates to pass through the body more easily.

But another study showed that this effect only works following the consumption of carbohydrates that rank high on the glycemic index, which you should avoid if you’re diabetic.

Overall, well-controlled studies on vinegar’s effect on blood sugar are limited, however this claim shows the most promise. More research is needed to solidly suggest vinegar can be used in conjunction with a doctor’s recommendations for blood sugar control.

Vinegar’s specific effect on metabolism hasn’t been determined, and there’s a lack of evidence in using vinegar as even a secondary therapy for diabetes treatment. Still, you can buy acetic acid pills in the belief that it will speed the metabolism. One study refuted vinegar’s tolerance as an appetite suppressant because it made the subjects nauseous.

The best use for vinegar in this regard is that it’s low in calories – so use it in small quantities to flavor your foods. Vinaigrette instead of ranch? Yes, please.

Can too much vinegar be troublesome?

Vinegar is considered safe when consumed in reasonable amounts. It can be troublesome after years of consuming it daily, and it can make you feel sick if you take too much at once. So given a lack of evidence of its supposedly healthful properties, why overindulge?