Put out the fire: Tips for treating sunburn 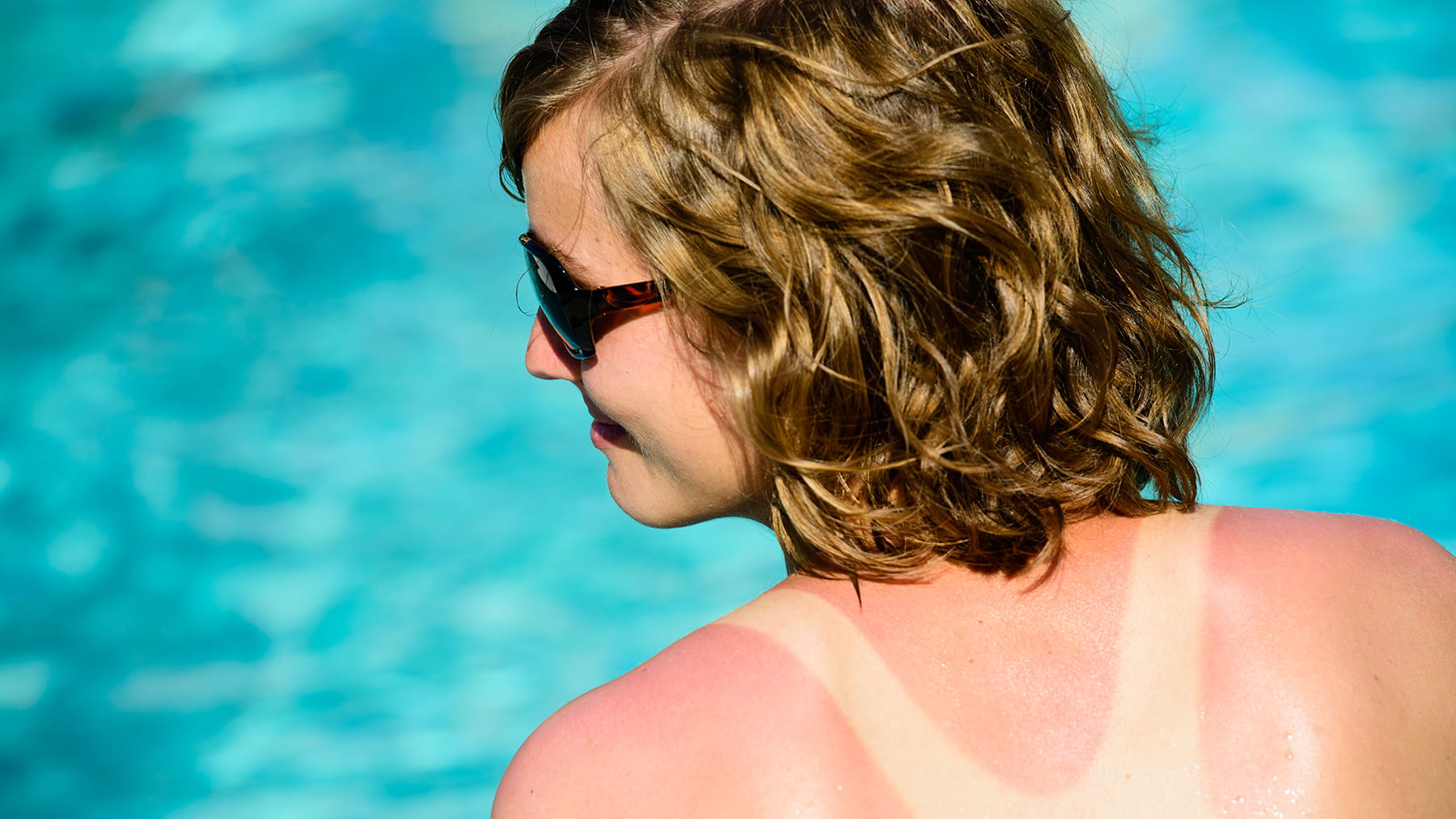 One of the great joys of summer is basking in the warm glow of the sun, when icy winter winds aren’t even a distant memory.

But bask too long, or without the proper protection, and you could get burned. Larry Jones, MD, of the Ohio State University Wexner Medical Center, has been treating sunburn and other types of burns for 35 years. He says sunburn can quickly progress from a nagging warmth to a painful scorch.

“Most sunburns are first-degree burns,” Jones says. “They’ll resolve within 24-48 hours. If you develop blistering, that’s the hallmark of a second-degree burn. You’ll need to get some burn cream on that wound.”

Jones says doctors judge the seriousness of a burn by how much of the body is affected and how deep the burn penetrates the skin.

The goals for treating sunburn are to prevent infection, promote healing, control pain and retain the skin’s ability to move and function.


A searing pain on your skin is a sign that something’s wrong. That’s because a burn wound injures the nerves, which causes pain.

“Burn wounds are the most painful injury that you can experience,” Jones says. “Sunburn initiates a very intense inflammatory tissue reaction that leads to a release of a lot of different chemicals and substances that are already in the body that irritate the tissues even more.”


If the pain is more intense, and you see blistering, you likely have a second-degree burn that will take a week or so to heal. Jones recommends taking the following steps in addition to the ones above:

Because the skin is your largest organ, developing sunburn can leave your body vulnerable to infection or injury. Jones recommends not waiting to see a doctor until you see blisters or develop a fever if you know you’ve got sunburn and you’re worried about it.

Ohio State’s Comprehensive Burn Center, where Jones is the director, is the busiest burn center in Ohio, treating about 2,000 inpatients and outpatients each year.

“There’s no burn too small,” Jones says. “If you get a sunburn, start out with your primary care doctor. You may get referred to a burn center.”