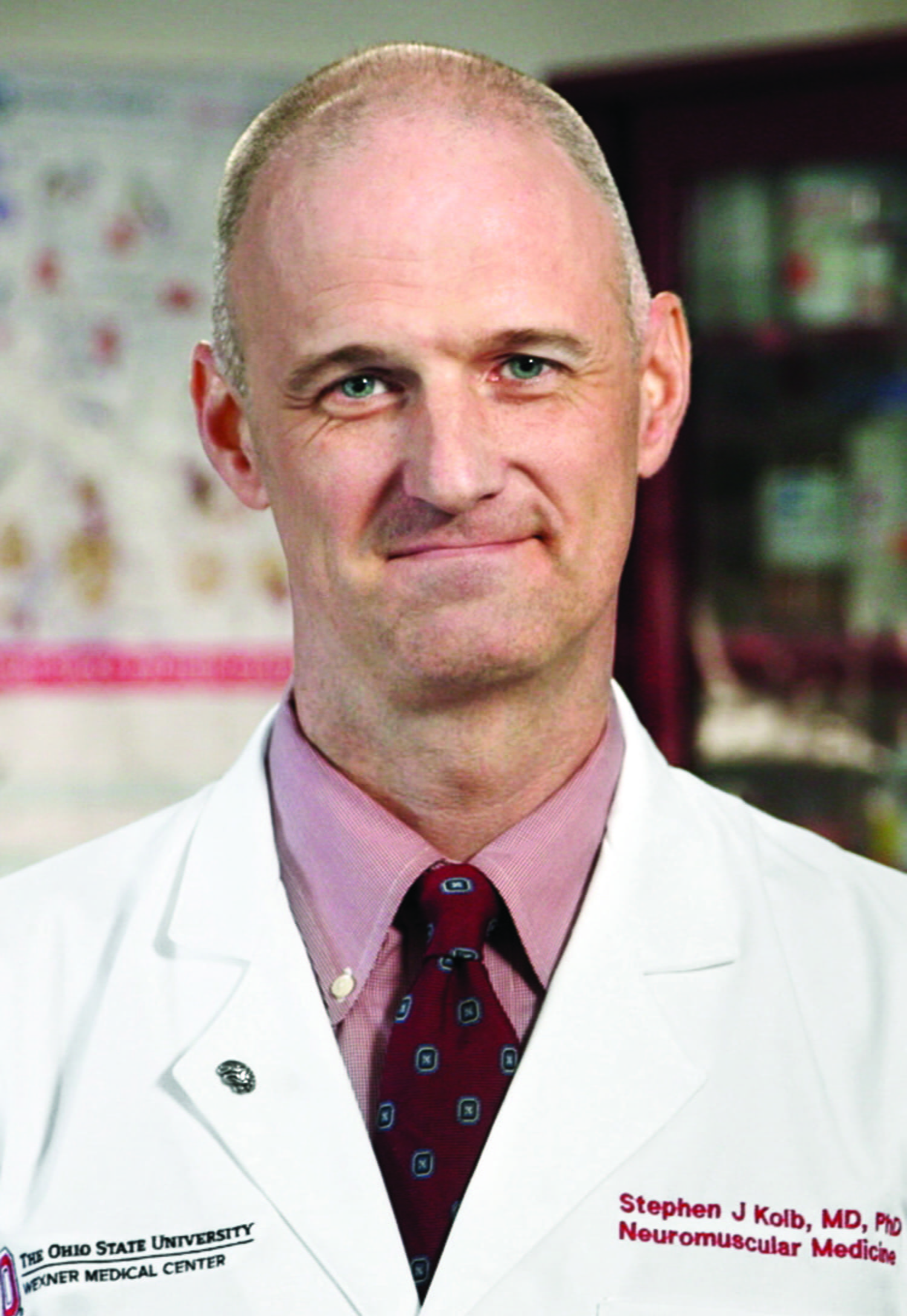 Findings of the study are published online in the journal Annals of Neurology.

“Clinical trials in this population require an understanding of disease progression and identification of meaningful biomarkers to hasten therapeutic development and predict outcomes,” Kolb said. “This study has generated definitive controlled data on the natural history of infantile-onset SMA. With the advent of effective disease-modifying therapies, it’s likely not ethical or feasible to perform future clinical trials that have a placebo arm in which sick children don’t receive available treatment. Thus, our data sets are critical for future investigation of improved therapies.”

SMA is an inherited condition that causes nerve cells in the lower part of the brain and spinal cord to break down and die. The infantile-onset form is the leading genetic cause of infant death, typically before age 2.

The study assessed infant motor function scales and possible electrophysiological, protein and molecular biomarkers at baseline and subsequent visits for 27 healthy infants and 26 infants with the most severe form of SMA. A total of 23 healthy infants and seven SMA infants completed the study, and the median age of survival for infants with two copies of the SMN2 gene was eight months.

According to an accompanying editorial in the Annals of Neurology, this study is “already serving as the gold standard for the natural history of untreated infantile SMA.”

“The control infant data obtained here is also novel, contributes to our understanding of postnatal neuromuscular development and provides a first benchmark to indicate full recovery in SMA trials and optimal clinical management,” Kolb said. “Considerations for effective clinical trial design in infantile-onset SMA can be gleaned from this study and recent clinical trials.”

The study was a prospective, multi-center, longitudinal natural history study in SMA and healthy infants designed to mimic a clinical trial. The protocol, patient demographics and baseline characteristics were published previously. Recruitment occurred at 14 centers within the National Institute of Neurological Disorders and Stroke (NINDS) National Network for Excellence in Neuroscience Clinical Trials (NeuroNEXT), a NIH-sponsored clinical trial network.

The study was funded by NINDS, Cure SMA, the Muscular Dystrophy Association and the SMA Foundation. The NeuroNEXT Network is supported by NINDS.