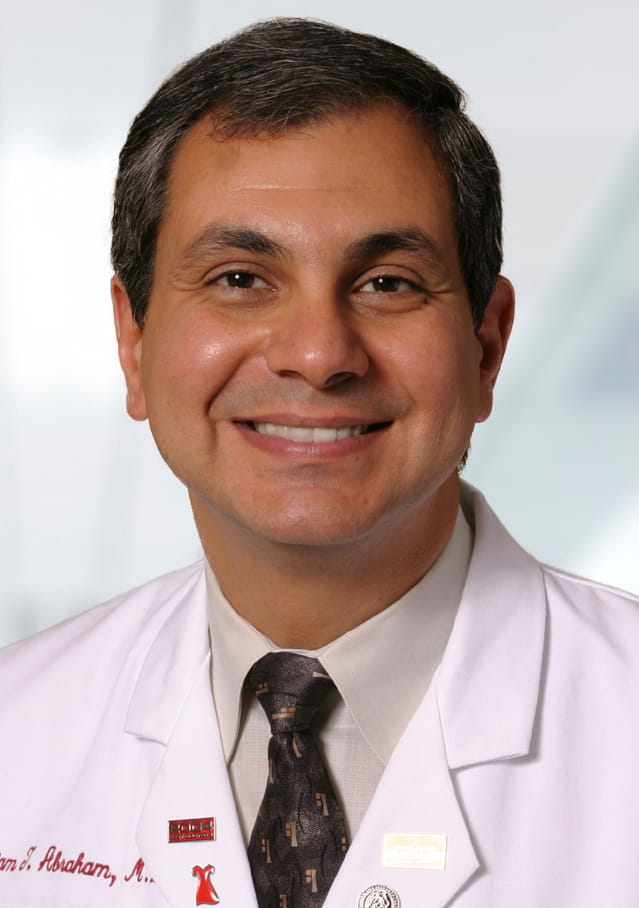 COLUMBUS, Ohio – A central Ohio man has become the first person in the United States to receive an implant being studied for the treatment of central sleep apnea in heart failure patients by delivering small electrical impulses during sleep to restore more natural breathing. The procedure was performed at The Ohio State University Medical Center’s Richard M. Ross Heart Hospital.
“After a successful proof-of-concept study at Ohio State and a small number of sites in China, Poland and Germany, the implant translates concept to reality,” says Dr. William Abraham, director of the division of cardiovascular medicine at Ohio State’s Medical Center, and principal investigator of the safety and feasibility trial. “The potential of this therapy is substantial, given the very high prevalence of central sleep apnea in heart failure patients.”
The device is implanted under the skin below the collarbone. Similar to a pacemaker, it is a small, sealed device that delivers small electrical pulses. Leads deliver pulses and information back to the device. Physicians monitor the information and can non-invasively change the device settings. Dr. Ralph Augostini, an electrophysiologist at Ohio State’s Ross Heart Hospital, implanted the device.
The device delivers small electrical pulses via a lead to the phrenic nerve, which is connected to the diaphragm, a large breathing muscle. The diaphragm responds to these signals resulting in a more natural breathing pattern.
“Central sleep apnea is common among people with heart failure. These patients end up with more hospital admissions than those with heart failure but no associated central sleep apnea,” adds Dr. Rami Khayat, a sleep medicine expert in Ohio State’s division of pulmonary, allergy, critical care and sleep medicine. “Today, it is generally treated with continuous positive airway pressure, or CPAP, which can be difficult for some patients to tolerate. This device is implantable and requires no additional effort by the patient.”
According to the American Heart Association, heart failure is a condition in which the heart cannot pump enough blood to meet the body’s needs for blood and oxygen. Heart failure affects approximately five million adults in the United States.
Previous research has found that heart failure patients may suffer symptoms of fatigue and daytime sleepiness due to breathing disturbances during sleep. In heart failure patients, central sleep apnea is a common form of sleep disruption that occurs when the brain is not sending appropriate signals to the diaphragm that controls breathing during sleep.
Members of the study team also include Dr. Ayesha Hasan, a heart failure cardiologist and the lead principal investigator at Ohio State, and Brian Patt.
OSU Medical Center, a leading center for heart failure and interventional research, is one of five participating U.S. centers. Ohio State is the only center in Ohio studying the device. The device, The RespiCardia System, has FDA Investigational Exemption (IDE) approval for investigational use only and was developed by Cardiac Concepts, Inc., Minnetonka, MN. The study is funded by Cardiac Concepts, Inc.
This study continues Ohio State’s research of the connection between heart failure and sleep apnea. In 2009, all patients with heart failure at Ohio State’s Ross Heart Hospital began receiving a study for identification of obstructive sleep apnea.
# # #
Doug Flowers
Medical Center Public Affairs and Media Relations
(614) 293-3737
Doug.Flowers@osumc.edu