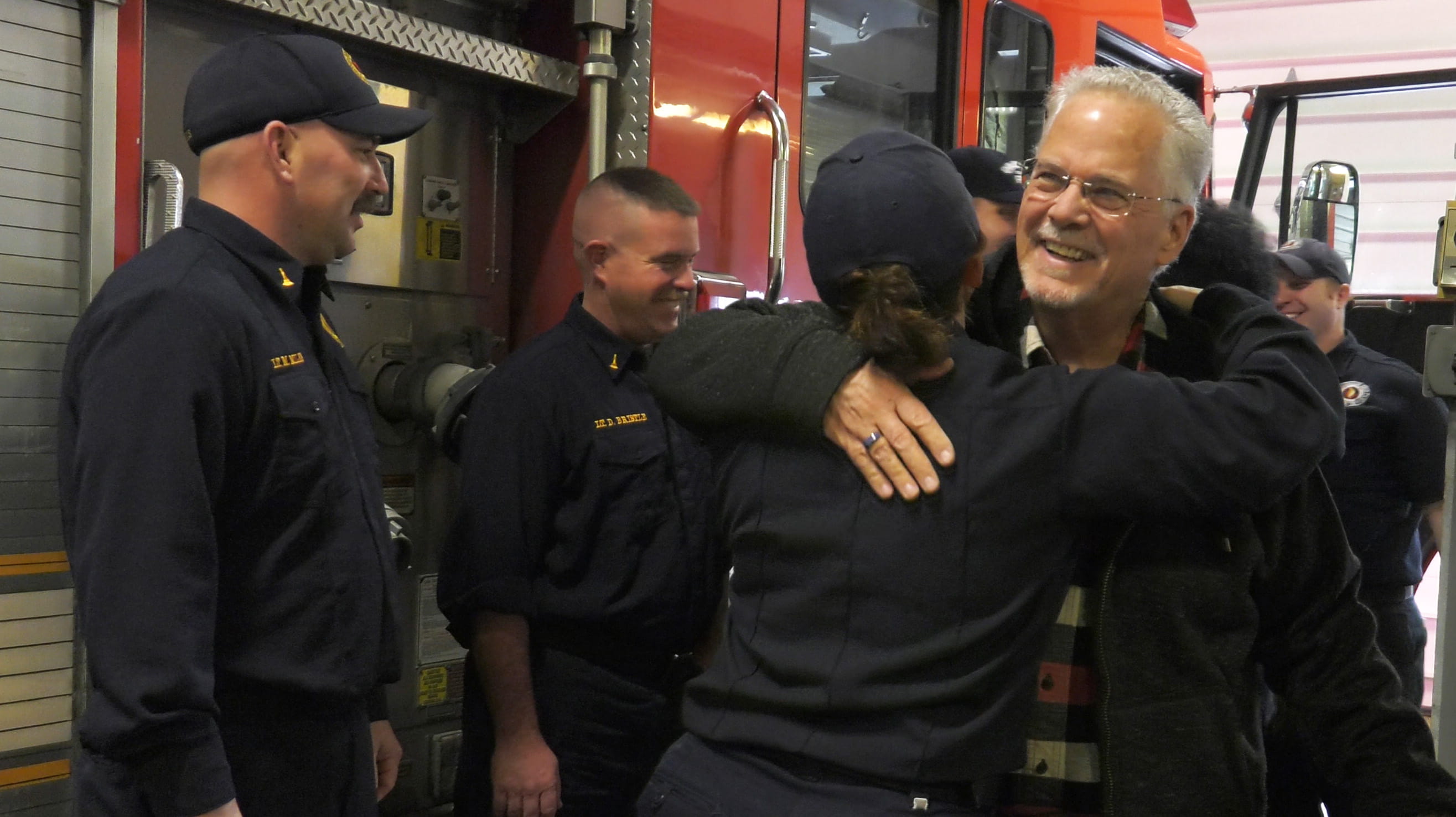 COLUMBUS, Ohio – More people are walking away from a type of cardiac arrest that is nearly always fatal, thanks to a new protocol being tested at The Ohio State University Wexner Medical Center. It’s called an ECPR alert.
Ohio State cardiologists work in conjunction with Columbus Division of Fire to implement this novel pre-hospital life support protocol that has limited availability in the U.S.
Currently, only about 10 percent of people survive a sudden cardiac arrest that happens in the field – even fewer survive with normal neurological function. The ECPR alert is designed to change those numbers.
“This protocol is for people who are in ventricular fibrillation or refractory ventricular tachycardia, which are irregular heart rhythms that aren’t compatible with life and resist being shocked back to normal,” said Dr. Ernest Mazzaferri Jr., medical director of The Ohio State University Richard M. Ross Heart Hospital. “Typically, if they don’t respond to getting shocked, these patients would die in the field because we didn’t have any options to save them. Now, in certain situations, we have had patients survive and walk out of the hospital.”
Columbus EMS personnel follow their protocol for ventricular fibrillation. If the patient remains in this rhythm after three defibrillation attempts, they call an ECPR alert to Ohio State Wexner Medical Center. Medics put a mechanical CPR device on the patient for transport straight to the cardiac catheterization lab where a team is assembled and waiting.
“Between the field and the cath lab it’s critical to have good CPR to keep blood and oxygen moving to the brain and essential organs,” said Dr. Konstantinos Dean Boudoulas, section leader of interventional cardiology at Ohio State and one of the physicians leading the protocol. 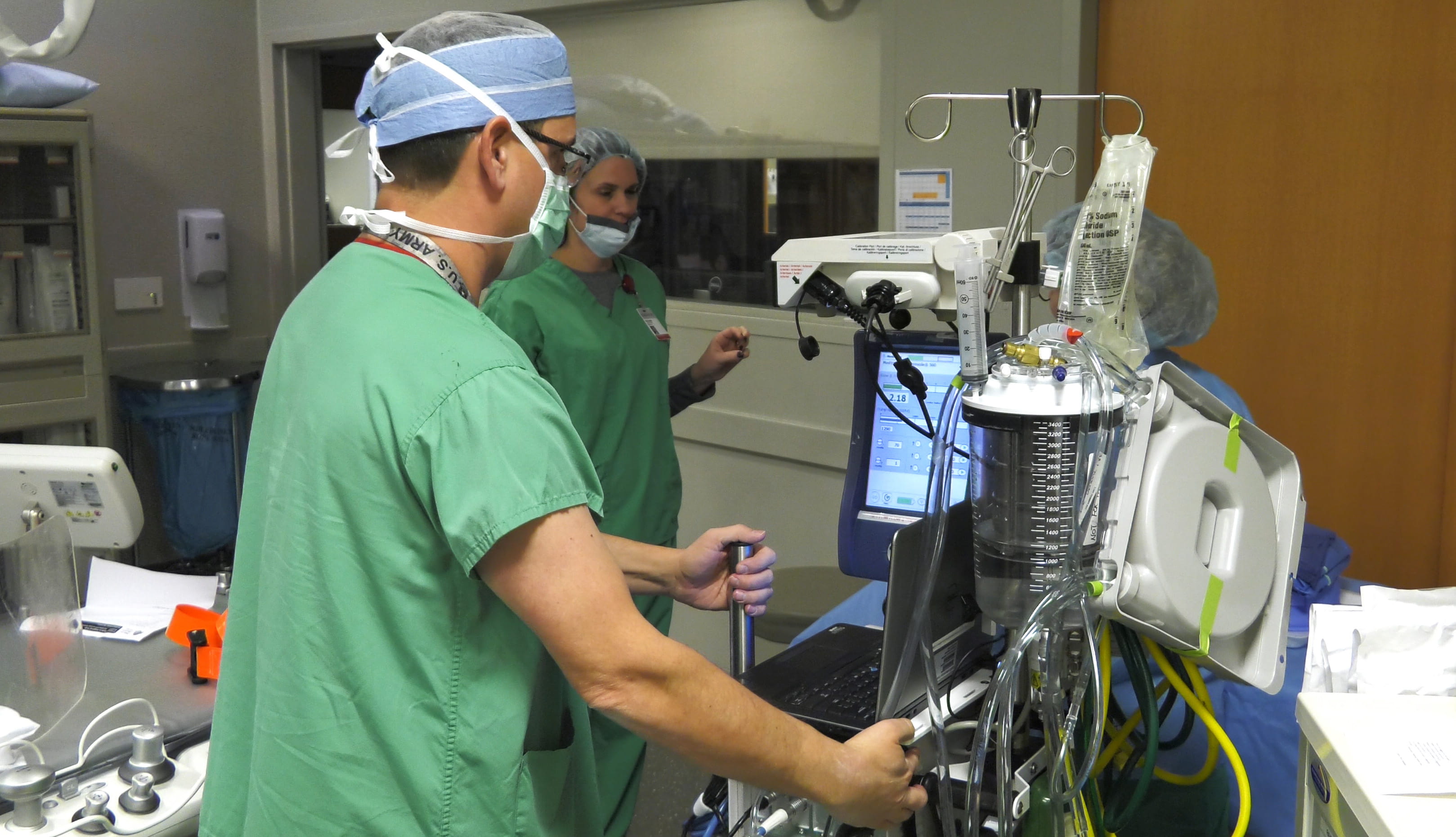 Once in the cath lab, the patient is put on extracorporeal membrane oxygenation (ECMO) which takes over the functions of the heart and lungs.
“This allows the heart and lungs to rest while we find the problem and get the heart restarted and beating well, said Dr. Bryan Whitson, a cardiothoracic surgeon who leads the ECMO program at Ohio State.
The new system worked for 68-year-old Mark Bradford of Columbus. He collapsed while on his morning walk and woke up days later after treatment in the hospital.
“Without that protocol, I wouldn’t be alive. I’m very fortunate that they were trained in it and used it, and that I was out in the park where someone saw me,” Bradford said.
“It’s exciting and very few programs are doing this. Patients have a chance to walk out of a hospital with neurological recovery and have a meaningful life when, essentially, they very likely would have died,” Boudoulas said.
Experts say this is one more tool they have against cardiac arrest.
“Sudden cardiac arrest is a public health emergency because so few people survive, but there are so many things we can do: learn CPR, use AEDs and CPR machines, and now ECMO while doctors fix the cause. All of this can improve the numbers so sudden cardiac arrest doesn’t have to mean certain death,” said Dr. David Keseg, medical director at Columbus Division of Fire.
The ECPR protocol has only been tested in a few small studies recently, and so far the limited data shows an increase to about 40 percent chance of survival.
“We certainly need more trials and more data, but we’re hopeful this will be like the STEMI program for treating heart attacks faster,” Mazzaferri said. “Ten years ago that was under investigation just like ECPR is now. Perhaps some years from now, ECPR will be more routine and saving more lives across the U.S.”
###