Ohio State Scientist Receives One of Highest Honors in Nation 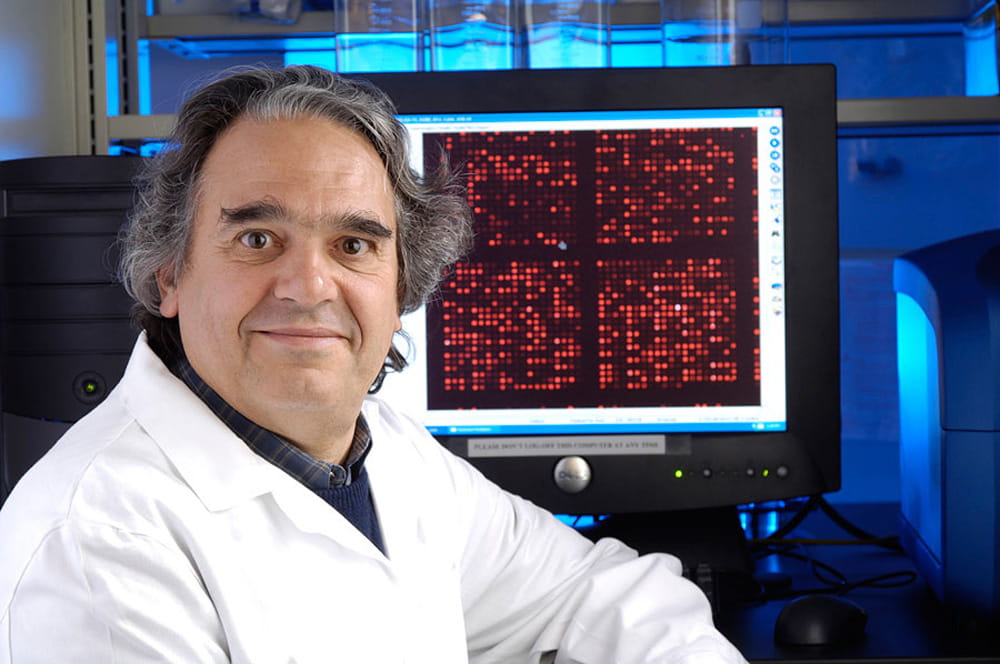 COLUMBUS, Ohio -- An Ohio State University scientist, whose research and discoveries are respected around the world, has been named to the prestigious Institute of Medicine of the National Academies, one of the highest honors in the field of health and medicine.

Dr. Carlo M. Croce, chair of the department of molecular virology, immunology, and medical genetics; and director of The Ohio State University Medical Center’s Institute of Genetics, was named a member of the IOM today in Washington, DC.

E. Gordon Gee, president of Ohio State, said Croce's achievements are well documented around the world. "Dr. Croce’s research has greatly enhanced worldwide understanding of the genes and genetic mechanisms involved in human cancer," said Gee. “Through his work in the laboratory, Dr. Croce is taking the fight against cancer to a molecular and personalized level, and countless patients and the families will be the beneficiaries of his remarkable work."

The Institute of Medicine announced the names of 65 new members and five foreign associates today in conjunction with its 41st annual meeting.  Election to the IOM recognizes individuals who have demonstrated outstanding professional achievement and commitment to service. New members are elected by current active members through a highly selective process that recognizes individuals who have made major contributions to the advancement of the medical sciences, health care and public health.

Croce’s renowned career in research has uncovered early events involved in the pathogenesis of leukemia, lymphoma, lung, nasopharyngeal, head and neck, esophageal, gastrointestinal and breast cancers.  More recently, he discovered the novel role of microRNAs in the genesis of various cancers.

Dr. Steven Gabbe, CEO of OSU Medical Center, said Croce has distinguished himself as a leader in his field of research. “Carlo is extremely talented and his discoveries have led to revolutionary innovations in the development of successful approaches to cancer prevention, diagnosis, monitoring and treatment,” he said.

Gabbe added that Croce’s work has led to the understanding that cancer is a disease caused by alterations in our genes. “From this we have learned that cancer therapy will be most successful when tailored to the individual patient,” he added.

The newly elected members raise IOM's total active membership to 1,688 and the number of foreign associates to 102. With an additional 80 members holding emeritus status, IOM's total membership is 1,870.

“It’s a great honor to be recognized by your peers in the Institute of Medicine,” said Dr. Charles Lockwood, dean of The Ohio State University College of Medicine. “Ohio State is very proud of Carlo and the university is indeed fortunate to have a scientist of his stature to serve as a role model for our students.”

“His findings have greatly expanded our understanding of cancer,” added Caligiuri, who helped recruit Croce to Ohio State in 2004.

The Institute of Medicine is unique in its structure as both an honorific membership organization and an advisory organization.  Established in 1970 as the health branch of the National Academy of Sciences, the IOM has become recognized as a national resource for independent, scientifically informed analysis and recommendations on health issues.

Croce, a member of the National Academy of Sciences in the United States and the Accademia Nazionale delle Scienze detta dei XL in Italy, has received almost every significant award for cancer research that one can earn including, most recently, an elected membership to The American Academy of Arts and Sciences.  He is principal investigator on eleven federal research grants and has more than 900 peer-reviewed, published research papers.