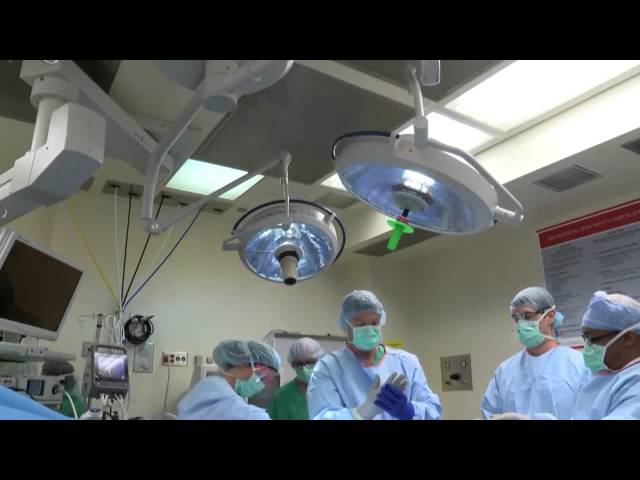 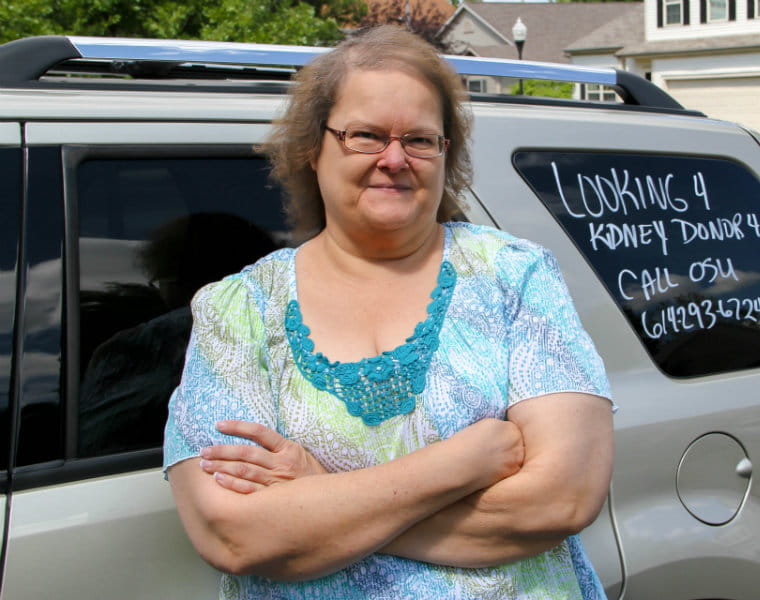 COLUMBUS, Ohio – Today, in the United States alone, more than 123,000 patients are on a list waiting for a life-saving transplant, and 22 patients will die each day without one. The demand, by far, exceeds the supply, and it could take years for many to receive an organ donation or find a donor match.
“Our wait times are relatively short, but it could still take anywhere from three to six years for a patient to have their transplant. On either coast, wait times can routinely be 10 years,” said Dr. Todd Pesavento, director of the Comprehensive Transplant Center at The Ohio State University Wexner Medical Center.
Jason Rubinstein decided to take matters into his own hands after kidney failure sentenced him to home dialysis treatment and prevented him from finding full-time employment.
“After two possible donor matches didn’t work out, my wife and I posted on Facebook that I had end-stage renal disease, and that I needed a transplant,” Rubinstein said.
In less than a week, a former classmate of Rubinstein’s wife, Nick Bucnis, became a match and gave the gift of life.
“We just had twins three months ago and they wouldn’t be here if Nick hadn’t done for me what he did. People like me are living proof that organ and tissue donation saves lives,” Rubinstein said.
Other transplant candidates became their own health advocates, too, resorting to more non-traditional ways to finding donor matches. Some drive around town with handwritten and painted requests on their car windows for potential donors with the same blood type; some create viral videos; and others post pleas to various social media platforms. Facebook, for example, allows members to share their organ donor status and helps them register to become an organ donor.
“We hope their efforts not only pay off for them, but draws attention to the tremendous shortage we face in organ donation overall,” Pesavento said.
Nationwide, organ donor transplants haven’t grown in 10 years and the living donor pool has dropped nearly 16 percent. There are millions of people who’ve decided to become organ donors after they pass away, yet Pesavento said many don’t realize they can become living donors. Medical advances have made it possible for strangers to become living organ donors.
“Becoming a living organ donor is a sacrifice, but it’s a small sacrifice in terms of time, and the benefits are enormous,” Pesavento said.
To become an organ, eye and tissue donor, go to: http://www.organdonor.gov/becomingdonor/.