COLUMBUS, Ohio – Research led by Dr. Krystof Bankiewicz, who recently joined The Ohio State University College of Medicine, shows that gene replacement therapy for Niemann-Pick type A disease is safe for use in nonhuman primates and has therapeutic effects in mice.
These research findings are published online in the journal Science Translational Medicine.
Prior to joining Ohio State as a professor of neurosurgery, Bankiewicz conducted this translational gene therapy research at the University of California at San Francisco, in conjunction with researchers in New York, Massachusetts and Spain. 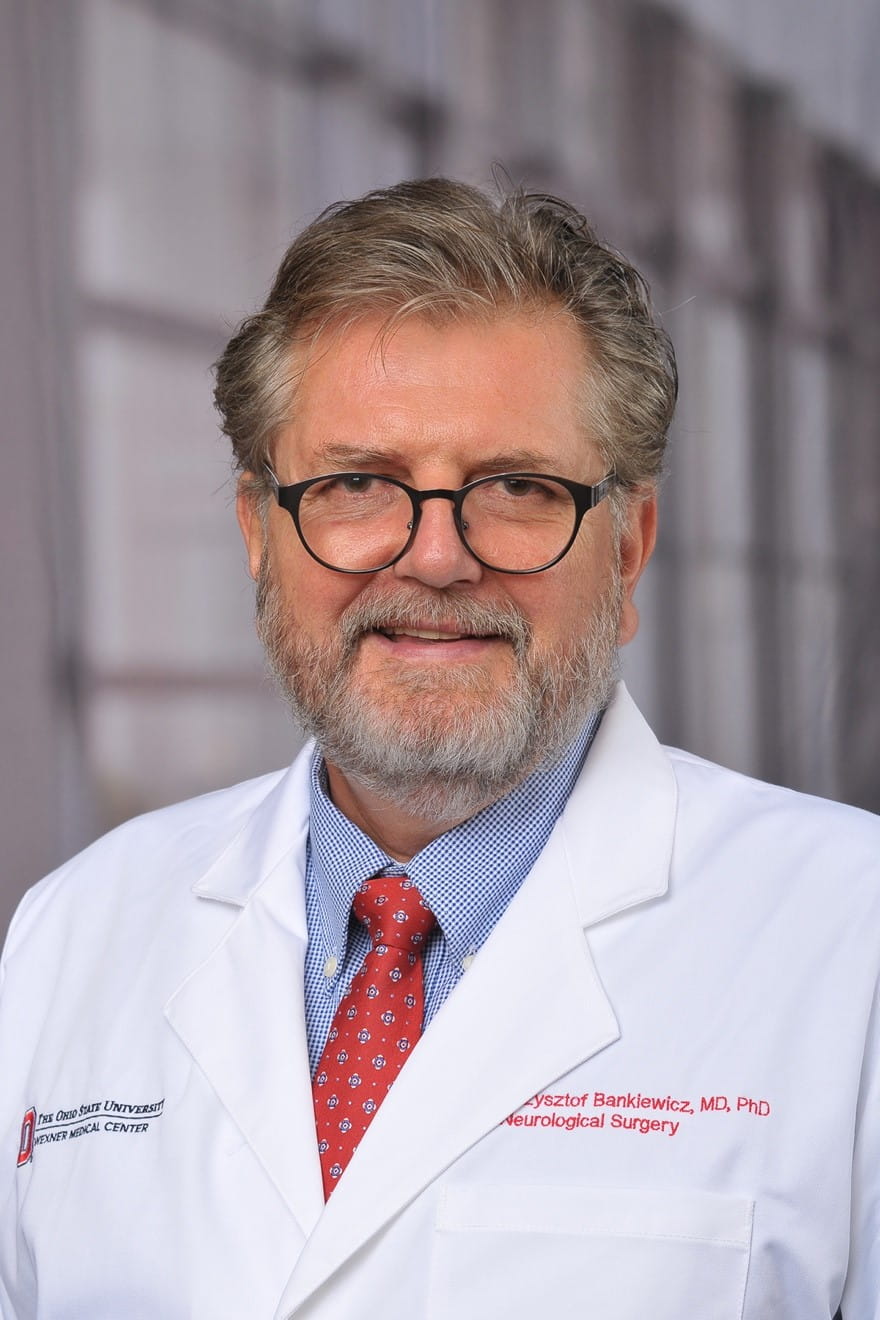 Niemann-Pick disease primarily affects children, has no known cure and is often fatal. It’s caused by mutations in a gene that causes a deficiency of a specific enzyme, acid sphingomyelinase (ASM). With this disease, the body's ability to metabolize fat within cells is affected, causing these cells to malfunction and, eventually, die. This inherited disease can affect the brain, nerves, liver, spleen, bone marrow and lungs.
Researchers evaluated the safety and effectiveness of adeno-associated viral vector serotype 9 (AAV9)-based gene therapy. Using a newly developed cerebrospinal fluid delivery method into a specific area of the brain allowed widespread gene expression in the brain and spinal cord of nonhuman primates without signs of toxicity.
In addition, the treatment provided a “bystander effect” by preventing motor and memory impairment and increased survival in a mouse model of the disease, said Bankiewicz, who also is a member of Ohio State’s Neurological Institute.
“This is the ‘proof of concept’ of gene therapy in animal models for this disease. It’s a big jump in the development process as we work toward one day being able to safely give this therapy to children who otherwise would die by age 3,” Bankiewicz said. “Our plan is to translate this exciting data into human clinical trials at The Ohio State University Wexner Medical Center within the next couple of years.”
Based on this research, Bankiewicz and his team, including co-author Lluis Samaranch, an assistant professor of neurological surgery at Ohio State, will move forward with additional animal studies in preparation to eventually begin clinical trials in humans.
Throughout his career, Bankiewicz has maintained a strong focus on the development of translational approaches to drug, gene and cell replacement therapies.
His research has focused on new treatments of serious diseases, including brain cancer, Parkinson’s disease, Huntington’s disease, Alzheimer’s diseases, pediatric neurotransmitter deficiency and lysosomal storage disorders. At Ohio State, Bankiewicz will work closely with the department of neurological surgery to conduct other gene replacement therapy clinical trials in humans.
Bankiewicz has co- founded MedGenesis Therapeutix Inc., Voyager Therapeutics Inc. and Brain Neurotherapy Bio Inc, and also invented several devices currently used clinically to administer gene therapy to the brain.
# # #
Media Contact: Eileen Scahill, Wexner Medical Center Media Relations, 614-293-3737, Eileen.Scahill@osumc.edu