Downloads
COLUMBUS, Ohio – Black patients diagnosed with dilated cardiomyopathy (DCM) of unknown cause are more likely to have family members at risk of developing the heart muscle disease than families of white patients, according to results of a multi-site study led by researchers at The Ohio State University Wexner Medical Center and College of Medicine.
Researchers studied the prevalence and risk of familial DCM in Black and white patients and their family members, noting most studies have included only whites even though Blacks with DCM have a higher risk of heart failure-related hospitalization and death. Researchers believe most of idiopathic, or unknown cause, DCM has a genetic basis.
Using mathematical modeling techniques, researchers estimated that 30% of patients with DCM seen at a typical advanced heart failure program in the U.S. had at least one first-degree family member (child, sibling or parent) with DCM. When broken down by self-identified race, an estimated 39% of Black patients and 28% of white patients had at least one first-degree family member with DCM. The study was published today in the Journal of the American Medical Association. 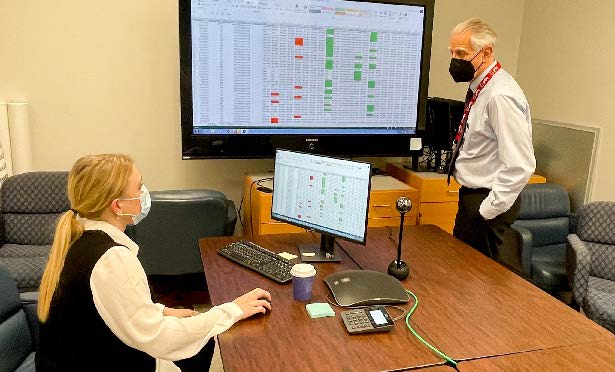 “Integrating Black families into this DCM study was critically important because most information has only been available for white patients. Our study shows that families of Black patients are at greater risk for DCM than those of white patients. We don’t yet understand all of the reasons for this. It could be from differences in genetics, comorbidities or social determinants of health. This analysis, which only included clinical information, was unable to clarify that, but the genetic analysis being completed now will soon be available,” said Dr. Ray Hershberger, a cardiologist and division director of human genetics at the Ohio State Wexner Medical Center and a researcher at the Dorothy M. Davis Heart and Lung Research Institute. Hershberger is the senior author of the study and heads up the DCM Consortium, which is composed of 25 leading academic U.S. heart failure/heart transplant programs that contributed to the study.
The five-year study enrolled 1,220 patients with DCM, of which 44% were women, 43% were Black and 8% were Hispanic, along with 1,693 of their first-degree relatives. DCM is a condition in which the heart muscle weakens and the left ventricle enlarges. It’s the most common cause of patients needing a heart transplant and responsible for about half of heart failure cases that result from a weakened left ventricle. Prior information has suggested that 1 in 250 Americans have DCM. 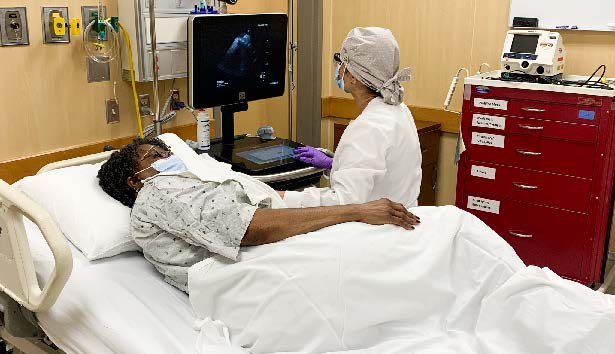 DCM can occur in family members at almost any age but the typical onset is mid 40s. The severity of the condition can vary within families, with some family members exhibiting minor symptoms while others may die of heart failure or an arrhythmia causing sudden cardiac death. Symptoms include shortness of breath with exertion, fatigue, edema of the legs and feet, an irregular heartbeat or lethal arrhythmias.
The study estimated that about 1 in 5 first-degree family members of patients with idiopathic DCM were at risk of getting the condition during their lifetime.
“DCM can be silent for months to years before symptoms begin. Eventually heart failure may develop, which is late-phase disease. Since medical treatment has been shown to mitigate asymptomatic DCM, guidelines have recommended that, with a diagnosis of DCM, the patient’s first-degree family members undergo clinical screening including an echocardiogram so that early asymptomatic DCM can be found and treatment initiated before progression to late-phase disease,” Hershberger said. “For the first time, this study gives us hard numbers on how to counsel family members on their risk of developing DCM, and especially so for family members of Black patients with DCM.”
In 2014, Greg Ruf, 57, of Dublin was diagnosed with DCM and has been raising awareness since then about the disease that led to him having a heart transplant last July at Ohio State’s Richard M. Ross Heart Hospital. Nine family members have been identified with gene mutations known to cause DCM.
“There’s a million plus people in the United States that are dealing with this and unfortunately many don’t know. It's really important to prevent death in your family or advanced disease by getting tested and dealing with this thing head on,” Ruf said.
The study is the first of a series based on findings by the DCM Consortium. The study also examined the genetics of patients with DCM, which will be published later in 2022.
The Dilated Cardiomyopathy Consortium was funded by a $12.4 million grant from the National Heart, Lung, and Blood Institute of the National Institutes of Health and a supplemental grant from the National Human Genome Research Institute. For this study, computational infrastructure was provided by The Ohio State University Division of Human Genetics Data Management Platform and the Ohio Supercomputer Center.
# # #
Media Contact: Amy Colgan, Wexner Medical Center Media Relations, Amy.Colgan@osumc.edu