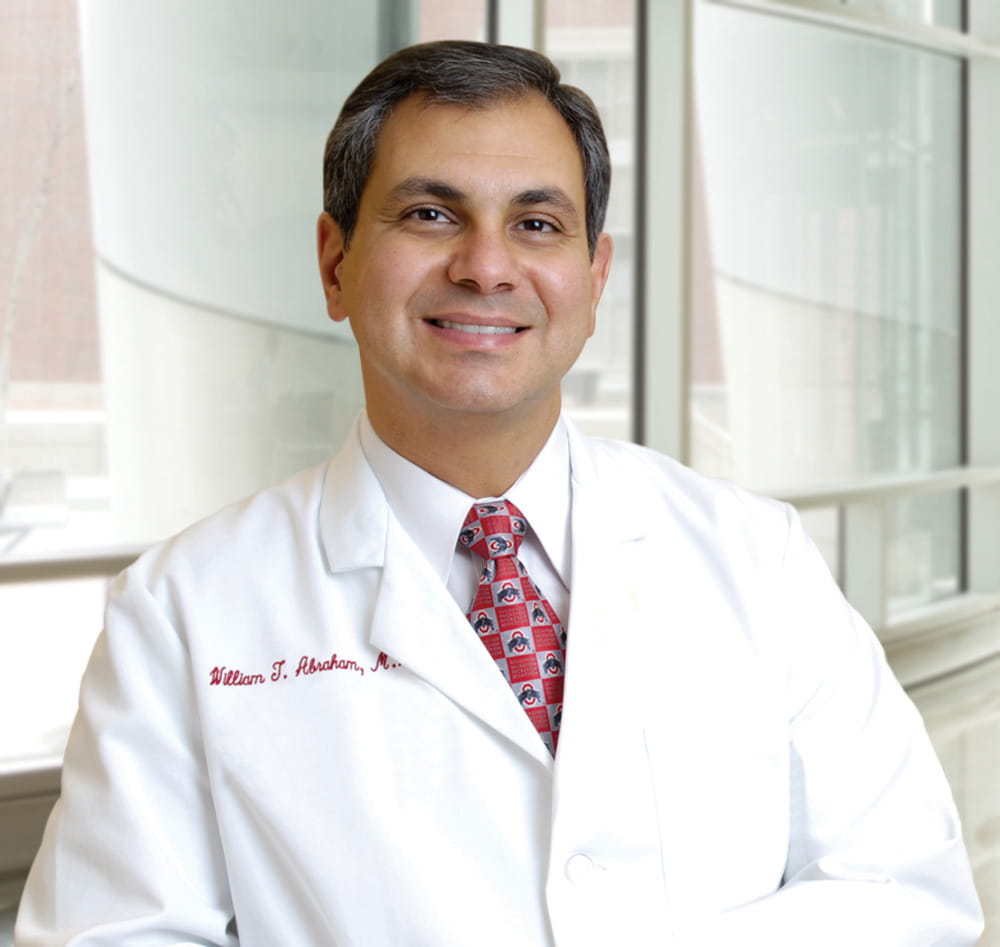 COLUMBUS, Ohio – With millions of people hospitalized each year due to heart failure, results from a pivotal clinical trial show that an implantable pulmonary artery pressure device in patients with moderate heart failure results in significant reductions in hospitalizations and re-admissions for those patients.
The study, published Feb. 10 in the Lancet, represents the first major breakthrough in heart failure management in the past decade.
“For the first time, the device allows us to directly manage a patient’s pulmonary pressures, rather than managing symptoms or weight gain,” says Dr. William Abraham, director of the division of cardiovascular medicine at The Ohio State University Medical Center and the study’s national co-principal investigator.
Researchers found that the wireless monitor resulted in reductions in pulmonary artery pressures, increases in days alive and out of the hospital, and improved quality of life.
The study also found that heart failure management using the pulmonary artery pressure monitoring system resulted in a 30 percent reduction in heart failure hospitalizations at six months and a 39 percent reduction in yearly heart failure hospitalization rates.
Improvements cited in the study were judged to be cost-effective, with costs less than $14,000.00 per quality-adjusted life year gained, an amount much less than widely-recognized cost-effectiveness benchmarks such as renal dialysis.
Despite current drug and device therapies, heart failure rates remain high. According to the American Heart Association, there are 1.1 million heart failure hospitalizations annually, a 20 percent readmission rate at one month and more than $18 billion in annual direct costs. According to Abraham, these statistics demonstrate the need to identify new approaches to lower the rate of hospitalization in heart failure patients.
The prospective, multi-center, randomized, controlled single-blind clinical trial enrolled 550 patients at 63 sites in the United States between October 2007 and September 2009.
The device was implanted in each patient’s pulmonary artery using a simple, catheter-based procedure. Real-time pulmonary artery pressure was then measured and transmitted by radiofrequency to a secure website, where it was available for review by implanting physicians. The data were also available to physicians on a handheld mobile device, such as a PDA, any time around the clock.
“An increase in pulmonary artery pressure is the most direct sign of congestion,” adds Abraham. “By identifying these elevated pressures early, we can treat patients proactively, adjust their medications as needed and avoid episodes that lead to hospital readmissions.”
The phase III CardioMEMS Heart Sensor Allows Monitoring of Pressure to Improve Outcomes in NYHA Class III Heart Failure Patients (CHAMPION) trial was sponsored by CardioMEMS, Inc., Atlanta, Ga. Dr. Ayesha Hasan, a heart failure cardiologist at Ohio State’s Richard M. Ross Heart Hospital, was the study’s lead principal investigator at Ohio State. Abraham and Hasan have received research grants and/or consulting fees.
The national co-principal investigator, along with Abraham, was Dr. Philip Adamson, director of the Heart Failure Institute, Oklahoma Heart Institute.
###
Doug Flowers
Public Affairs and Media Relations
614-293-3737
doug.flowers@osumc.edu