A LEGO enthusiast and professor of Physiology and Cell Biology has channeled his passion for the toy building bricks into a fundraising campaign for The Ohio State University Heart and Vascular Center.

February 28, 2018: Over 400 people donated more than $70,000 to support heart research and help fill Dr. Paul Janssen's Ohio Stadium replica with LEGO® minifigures! The stadium is leaving the Richard M. Ross Heart Hospital, but it's never too late to give to support lifesaving heart and vascular research at Ohio State. Donate today! 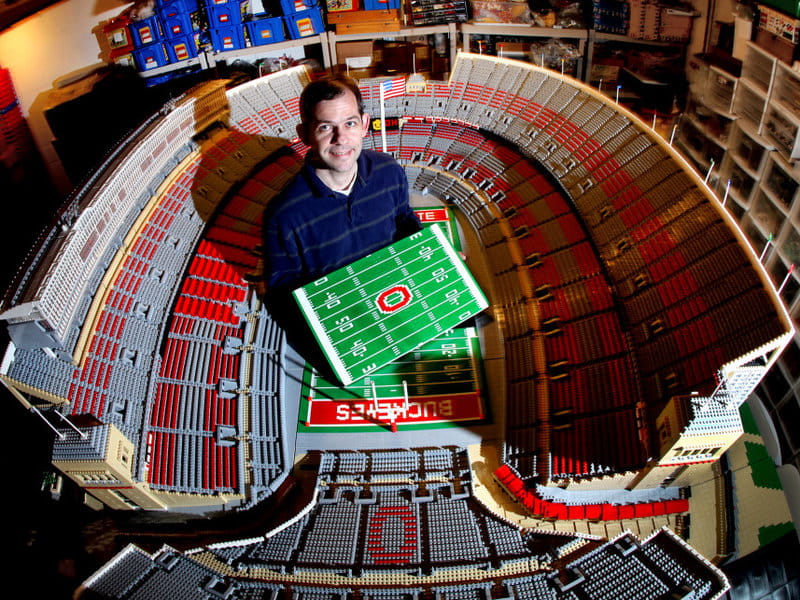 Dr. Paul Janssen’s inquisitiveness has been central to his life’s work researching how the heart functions.

That same curiosity about how things fit together has been the driving force behind his hobby, one that now helps further his research at the Davis Heart and Lung Research Institute.

Janssen, PhD, is an avid Lego fan who leads the human heart program at The Ohio State University Wexner Medical Center. Over several years, he has constructed a replica of Ohio Stadium out of more than 1 million LEGO® bricks, and his creation has been on display in the lobby of the Richard M. Ross Heart Hospital at Ohio State.

In exchange for donations to heart research at Ohio State, Janssen placed LEGO® minifigures in the stadium. Proceeds go towards funding research in Ohio State’s heart lab, which does more research on live human heart tissue than any other program in the world.

The program incorporates 17 labs working together to study human hearts that have been donated. The hearts can be kept beating for up to five days, and the collaborative nature of the labs examining a single human heart can help researchers make better correlations about different parts of the heart function together. Those kinds of discoveries can lead to breakthroughs in preventing and treating arrhythmia, cardiac disease and heart failure. 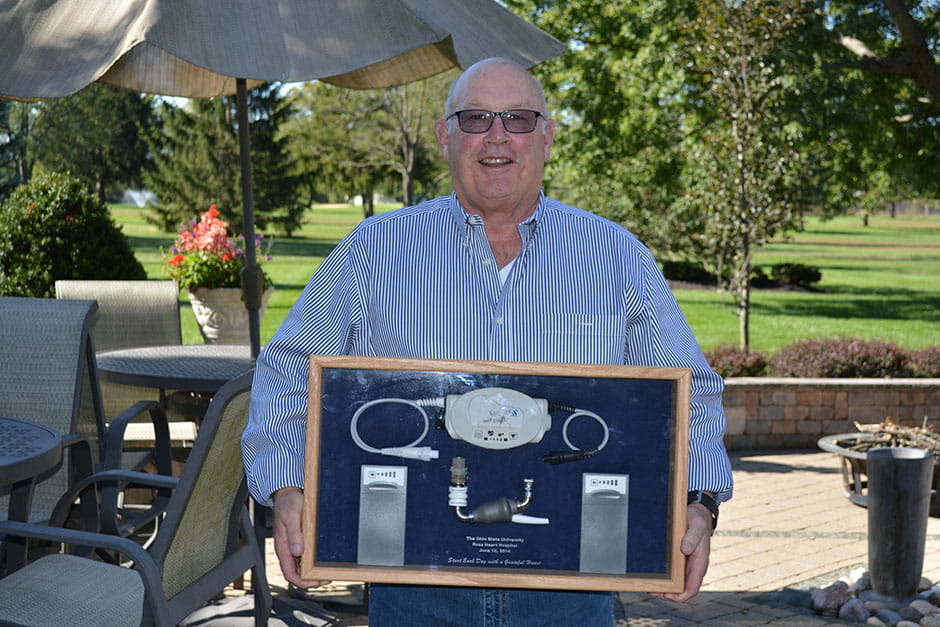 This kind of research can mean new outcomes for patients like Brian Williamson.

The Troy, Ohio, resident started his own steel business in 1982, and many of the traits that made him a professional success took a physical toll that caught up with him in 1999. The self-described “poster boy for Type A personalities” admits he “ate too much, smoked too much, and drank too much,” and at 49 years old he was diagnosed with congestive heart failure.

Brian was referred to Ohio State for treatment, where he had a pacemaker installed and was put on a clinical trial, but his condition worsened over time. In 2012, his oldest son accompanied him to a regular appointment, where his cardiologist, Dr. Garrie Haas, took note of his gray skin and told him he needed to be admitted immediately.

He had a heart pump installed and qualified for a transplant, which ultimately came in June 2014. He donated his heart for research at Ohio State, which has about 120 hearts for study. Additional funding could help increase that figure by increasing the number of staff members available to retrieve hearts from hospitals when they become available.

Now 68, Brian says he’s stronger than he’s been in years. He attributes his recovery to the persistence of his family, including his girlfriend, Jill, and his five children, and to the care he received at Ohio State. His nine grandchildren – “a big, big part of my life,” he says – are among the many beneficiaries of the lifesaving work he received.

“Looking back, I came so, so close to dying. I realize now just how obstinate and stubborn I was. Those qualities have helped me in life in a lot of ways – you never give up. But it almost killed me, too.”

Make a gift online and help improve the lives of our heart patients.