Deep-brain stimulation could be a game-changer in Alzheimer's treatment.

If you've ever known anyone suffering from Alzheimer's, you know it can be a devastating disease for patient and caregiver alike. Despite tremendous medical advancements in the past century, scientists are still uncovering the mysteries of Alzheimer's and other forms of dementia, which affect millions of Americans.

One life-changing breakthrough came out of a study at The Ohio State University Wexner Medical Center using a brain pacemaker to slow the deterioration of problem-solving and decision-making skills in Alzheimer's patients.

The deep-brain stimulation device sends signals to a patient's frontal lobe through surgically implanted wires. That region of the brain is responsible for organization and planning skills and for making good judgments. Stimulating the frontal lobes of Alzheimer's patients appears to stave off the decline in those key cognitive abilities, says Dr. Douglas Scharre, co-author of the study.

"We already have medications that treat other symptoms of Alzheimer's, such as memory and abnormal behaviors," he says, "but the findings in our study with Alzheimer's patients suggest that deep-brain stimulation could be able to treat their impairments in decision-making, problem-solving and focused attention."

Scharre, the director of Ohio State's Center for Cognitive and Memory Disorders, has also led endeavors to diagnose dementia patients as early as possible. One of these innovations is the Self-Administered Gerocognitive Examination (SAGE), designed to allow earlier treatment options for people showing cognitive changes associated with Alzheimer's and other conditions.

"I was seeing too many individuals with cognitive impairment that were being identified so late that management options were less effective," Scharre says.

The SAGE test is available for free. A collaboration with The Ohio State University's Technology Commercialization Office produced an app version, BrainTest, for Apple and Android tablets.

SAGE is now used worldwide to give individuals a practical way to detect impairment and track changes in their cognitive ability. On average, patients using the test are diagnosed at least six months earlier than those using other clinical assessment tools.

“A study from The Ohio State University Wexner Medical Center found that using a brain pacemaker can slow the deterioration of problem-solving and decision-making skills in Alzheimer’s patients.” Click to tweet this story

Diagnosing cognitive impairment earlier and more accurately, Scharre says, equals earlier treatment and intervention, and it leads to more appropriate supervision of patients. It allows them to continue living independently longer. It can reduce emergency room visits and hospital admissions as well as incidents of poor judgment with finances, driving and medication.

"It may improve quality of life for both patients and caregivers," Scharre says. "If patients can learn their diagnosis early and accurately, they can gain more control, better manage their symptoms, start treatments earlier and be eligible for potential clinical trials at a stage that these experimental drugs appear most effective."

Early disease identification may also help reduce caregiver burden and chronic stress and, through planning, may lessen the financial strain on patients, families and the health care system.

To contribute even more game-changing dementia and cognitive disorder research, the university is expanding the number of faculty dedicated to studying these topics. A monumental initiative is underway to hire at least 15 more faculty members across different colleges to work under one roof and be solely focused on the systems, molecular and cellular mechanisms of dementia.

By gathering experts from different scientific backgrounds to focus their efforts on neurodegeneration and Alzheimer's disease, we'll speed up discovery and treatments not just for local patients, but also for those with cognitive disorders around the world. 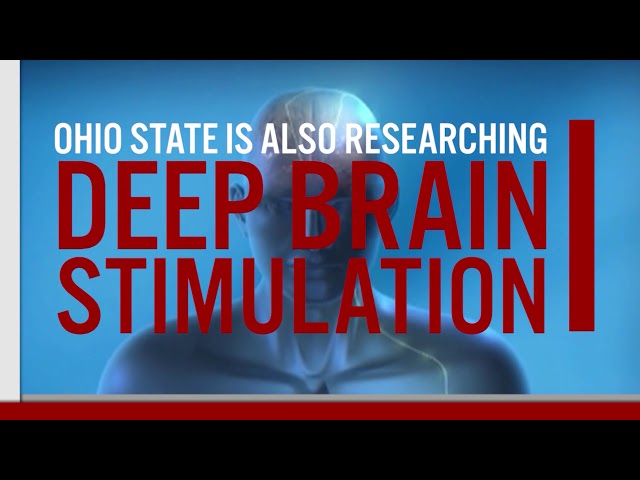