The opioid epidemic is one of the great challenges of our time.

Many people who became dependent on opioids were first exposed to the drugs when they were prescribed for pain relief. A critical first step in reducing the dependence on opioid pain medications can start by reducing health care providers' dependence on prescribing them.

Ohio State physicians, nurses, pharmacists and experts from every medical specialty have collaborated to create pain management plans with wider ranges of medication and therapy options.

One shift began in 2016 with a new protocol helping patients manage post-surgical pain without relying on narcotics.

First used in microvascular breast reconstruction surgeries, the protocol swaps opioids for non-narcotic pain medicine before surgery. Long-acting narcotics are avoided in the operating room. And instead of administering pain medication throughout the entire body, surgeons place infusions of local anesthetic near incision sites to numb the area following surgery.

After surgery, patients can take acetaminophen or ibuprofen, with the option of an occasional low-dose opioid for sudden spikes in pain.

"Our cornerstone goal was to reduce the need for opioids after surgery," says Dr. Michelle Humeidan, an Ohio State anesthesiologist who led the initial protocol. "But we also wanted to shorten the time patients needed to spend in the hospital and the time it took for them to be able to move after surgery."

The average hospital stay for those patients has been reduced by about 25 percent. Post-surgery opioid use was reduced, with some patients never receiving opioids after surgery.

The goals were reached, but patients also are overjoyed, Humeidan says.

"Breast cancer patients' satisfaction already was high, but providers who follow up in clinics report that post-surgery recovery has improved remarkably, and patients are pleased they can have good pain control without using narcotics."

In February 2017, a similar protocol was implemented in colorectal surgery, where early data suggests it could be even more successful – the average length of hospital stay, for example, has been cut nearly in half.

Meanwhile, surgeons at Ohio State's Hand and Upper Extremity Center have developed several strategies to combat the opioid epidemic, including a method called "WALANT" (wide-awake, local anesthesia, no tourniquet). It's used in simple surgeries, such as carpal tunnel procedures, as well as more complex operations.

The anesthesia option provides shorter recovery times, fewer side effects and limited reliance on opioids during and after surgery, says Dr. Hisham Awan, a hand and upper extremity orthopedic surgeon.

"Patients who choose WALANT have been very satisfied with all aspects of the procedure," he says.

“The average hospital stay for those patients has been reduced by about 25 percent. Post-surgery opioid use was reduced, with some patients never receiving opioids after surgery.” Click to tweet this story

A calculated approach to pain management

Awan and orthopedic surgeon Dr. Kanu Goyal also led the creation of a patient calculator that builds more individualized plans for pain medication prescriptions after surgery. Thanks to their efforts, 63 percent fewer opioids have been prescribed at the Hand and Upper Extremity Center, 58 percent fewer opioids have been consumed after those surgeries and opioid waste has decreased by 62 percent – all without compromising patients' satisfaction or pain control.

The pilot program incorporates more accurate pain assessment scales and a process to gauge patients' expectations for pain and pain management methods. Easy-to-read cards get that information to care providers, and a documentation process allows physicians and nurses to communicate better when it comes to prescribing pain medication.

"A busy overnight resident covering a hospital patient who needs pain relief might have the initial reaction to prescribe an opioid," says Dr. Chelsea Horwood, an Ohio State surgical resident who helped develop the program. "But this quickly shows appropriate alternatives to prescribe."

Dedicating time and resources to develop efficient solutions is a priority to staff at every level. "Lack of commitment is a barrier we don't have at The Ohio State University Wexner Medical Center," Humeidan says. "The support we have collaboratively and from hospital leadership is one of the reasons our efforts to reduce opioids are successful." 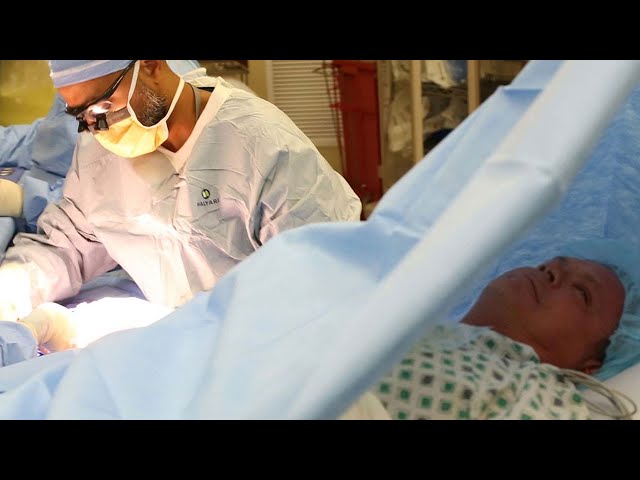