At The Ohio State University Wexner Medical Center, we are "creating the future of medicine to improve people's lives" – one century at a time.

A look back at our rich history 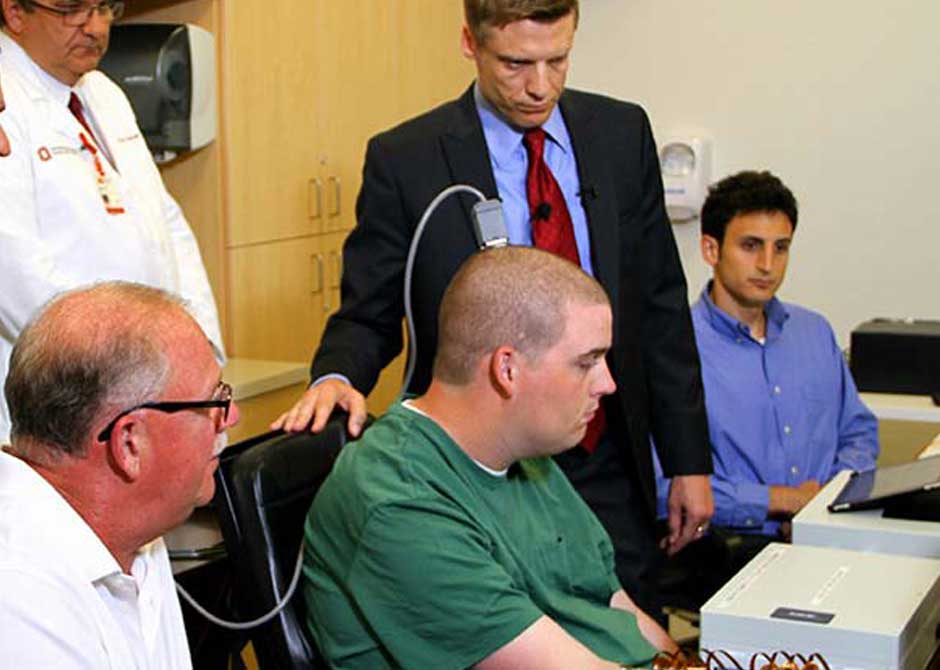 Through an innovative collaboration between the Ohio State Wexner Medical Center and Battelle, Ian Burkhart, a quadriplegic man became the first patient to use Neurobridge, an electronic neural bypass for spinal cord injuries that reconnects the brain directly to muscles, allowing voluntary and functional control of a paralyzed limb.

Neurobridge technology uses a specialized sleeve on the forearm to communicate with a chip implanted in Burkhart's brain. The chip processes a patient's thoughts, then bypasses the spinal cord, sending signals directly to the sleeve to produce movement. Within a tenth of a second, Burkhart’s thoughts are translated into action. 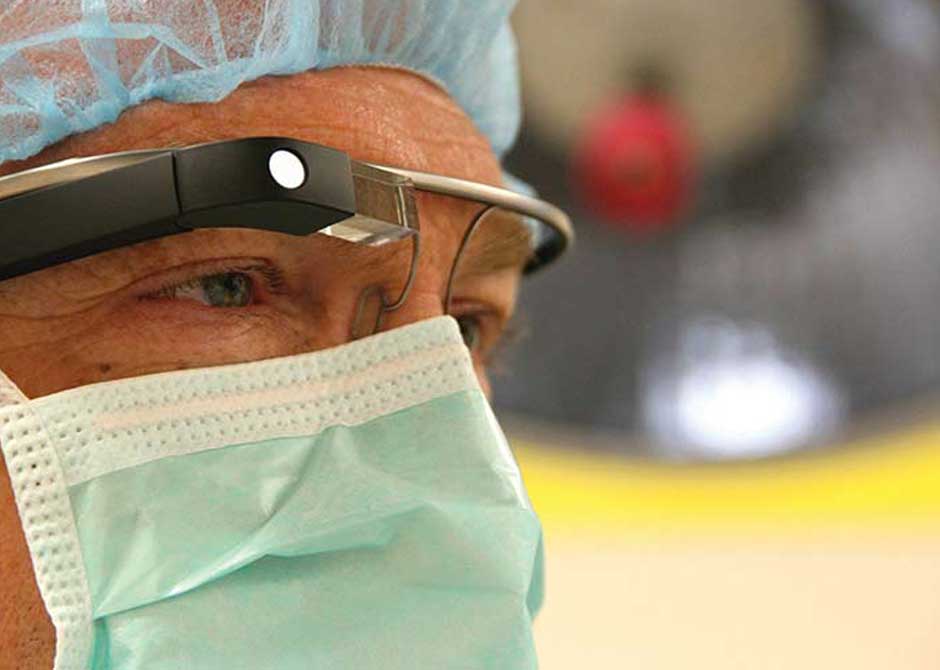 Ohio State pioneered the use of Google Glass as a surgical and education tool. Our College of Medicine launches its innovative Lead.Serve.Inspire curriculum, which prepares future physicians and medical scientists for leadership positions in health care. Ohio State pioneered the development of neuromodulation as therapy for neurological and psychological disorders.

The most advanced cancer hospital in the world, the Arthur G. James Cancer Hospital and Richard J. Solove Research Institute, opens in December 2014. 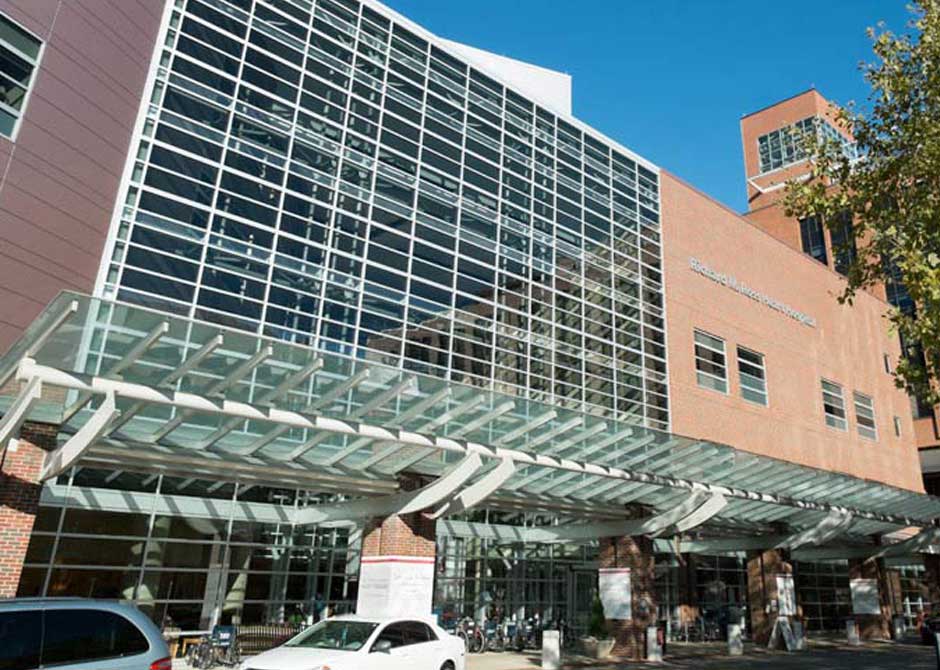 In 2004, the Ross Heart Hospital opened and became a model for leading edge cardiovascular care. By the end of the decade, Ohio State had also been named a National Institute of Health Center for Clinical and Translational Science, advanced magnetic resonance imaging techniques and provided seminal work on the role of aberrant mRNA in the genesis of cancer. 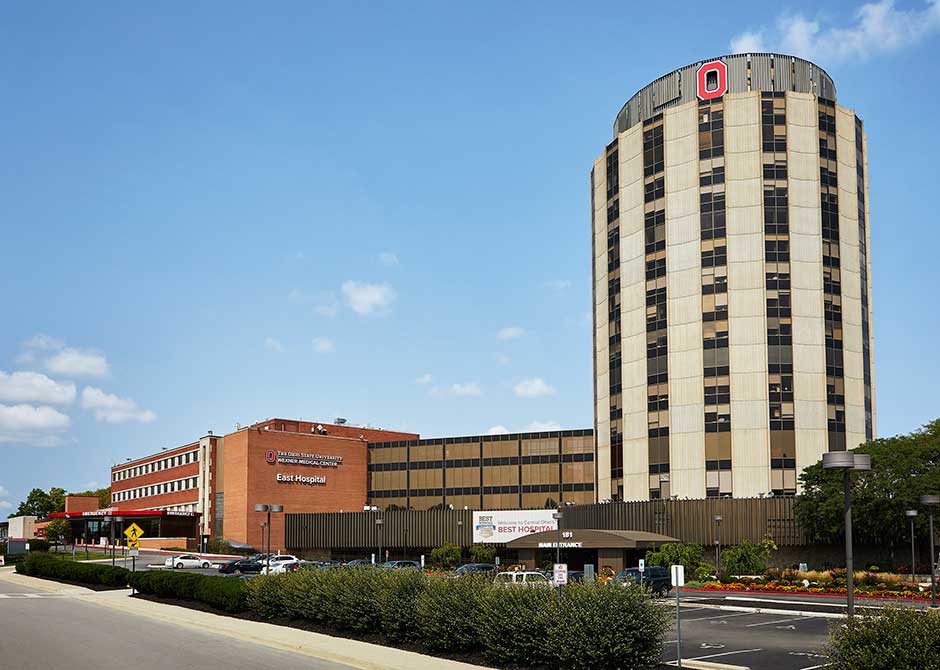 Ohio State expanded beyond its campus borders, acquiring what is now East Hospital, and merging its mental health services with those of Harding Psychiatric Hospital. In 1999, Ohio State surgeons were the first in North America to perform a robotic-assisted heart procedure with the Da Vinci Surgical System. Surgeons from around the world are trained in minimally invasive surgical techniques here.

Ohio State was the first hospital in the Midwest to deliver a baby conceived through in vitro fertilization. In addition, Ohio State obstetrics research improved treatments for women with high-risk pregnancies by identifying predictors for preterm birth and optimal care for women with gestational diabetes.

Ohio State became a leading national center in the research and treatment of HIV and AIDS, a distinction that continues today.

Dr. Ernest Johnson wrote the first book on electrodiagnostic procedures to assess the health of muscles and the nerve cells that control them. Now in its fourth edition, the text has been renamed Johnson's Practical Electromyography.

The Hunt-Hess Scale gave physicians a method to classify the severity of subarachnoid hemorrhage that is still used today.

Ohio State physicians and dietitians pioneered sports nutrition, including the importance of vitamin D for calcium absorption and the athlete's need for water during exercise.

In 1925, a larger, state-of-the-art hospital opened at Ohio State, but quickly expanded again. By 1928, Starling-Loving University Hospital had three wings that housed 296 beds and a maternity unit, a modern concept during a time when most births still occurred at home.

The University gathered the region's best healthcare providers in a 21-bed hospital, staffed by 14 nurses at the corner of Neil Avenue and 10th Avenue. Ohio State's new College of Medicine occupied the front half of the building, and the hospital the back.

The origin of The Ohio State University Medical Center dates back to 1834 with the founding of the Willoughby Medical University of Lake Erie in Willoughby, Ohio. The Willoughby school moved to Columbus in 1846 to expand and improve its clinical facilities then merged with the Starling Medical College, the first teaching hospital in the United States. Over the next six decades, the Starling Medical College merged several times. In 1918, all of its assets were donated to The Ohio State University.