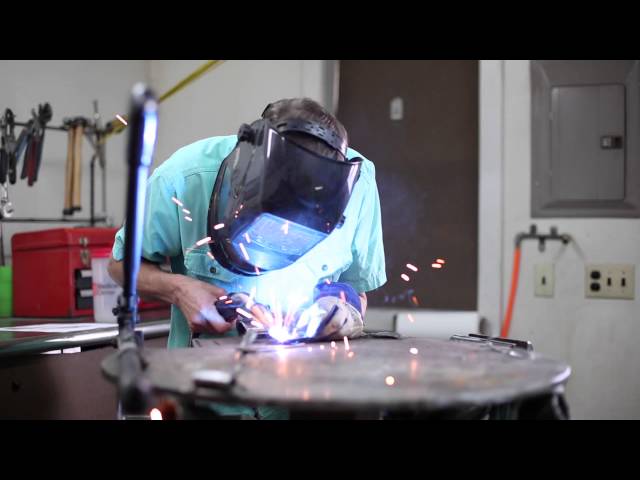 Fifteen years after Gary Hovey was diagnosed with Parkinson's disease, medications weren't controlling his symptoms. His stuttering and pain worsened. He'd freeze — a phenomenon described as feeling stuck to the ground.

"I shut down in many ways; I was introverted," he says.

In 2009, Hovey, of New Knoxville, Ohio, worked with the specialists at the Madden Parkinson's Center of The Ohio State University and was enrolled in a clinical trial testing the efficacy of gene therapy for Parkinson's.

The double-blind, randomized, controlled phase 2 trial was based research by OSU's Matthew During, MD, DSc, and colleagues at other academic medical centers. The approach used an adeno-associated virus engineered to deliver the gene that encodes glutamic acid decarboxylase, or GAD, an enzyme that catalyzes the neurotransmitter gamma aminobutyric acid, known as GABA.

Inserting the GAD gene into the subthalamic nucleus of the brain generates increased GABA levels. The net effect is that GABA calms overactive neurons that cause tremors, rigidity, and other Parkinson's symptoms.

"They drilled two holes in the top of my head, put two small tubes deep into my brain and delivered two drops of fluid in an hour's time," he says. His symptoms "cleared right up."

"Before the surgery, he wasn't confident in his decision-making," she says. "Now, he can think more clearly. He was stone-faced before, but now he can smile."

Hovey's physician, Sandra Kostyk, MD, PhD, says his results have been impressive. She referred to his artwork in sculpture he began 10 years after his Parkinson's diagnosis. Hovey, 56, uses his welding skills to transform stainless steel flatware into intricately designed pieces, mostly animals and wildlife scenes.

"It keeps my manual dexterity up," he says. "It helps me contribute to the family."