Closing in on zero-waste goals with sustainable food prep

The Environmental Protection Agency (EPA) estimates that, in the United States, more food reaches landfills and combustion facilities than any other single material in everyday trash. Reducing food waste would not only save space in overflowing landfills, but the EPA reports it would also help address climate change by reducing methane emissions.

At The Ohio State University Wexner Medical Center, Nutrition Services is drastically reducing food waste in landfills by diverting hundreds of tons of unused food through recycling and repurposing. 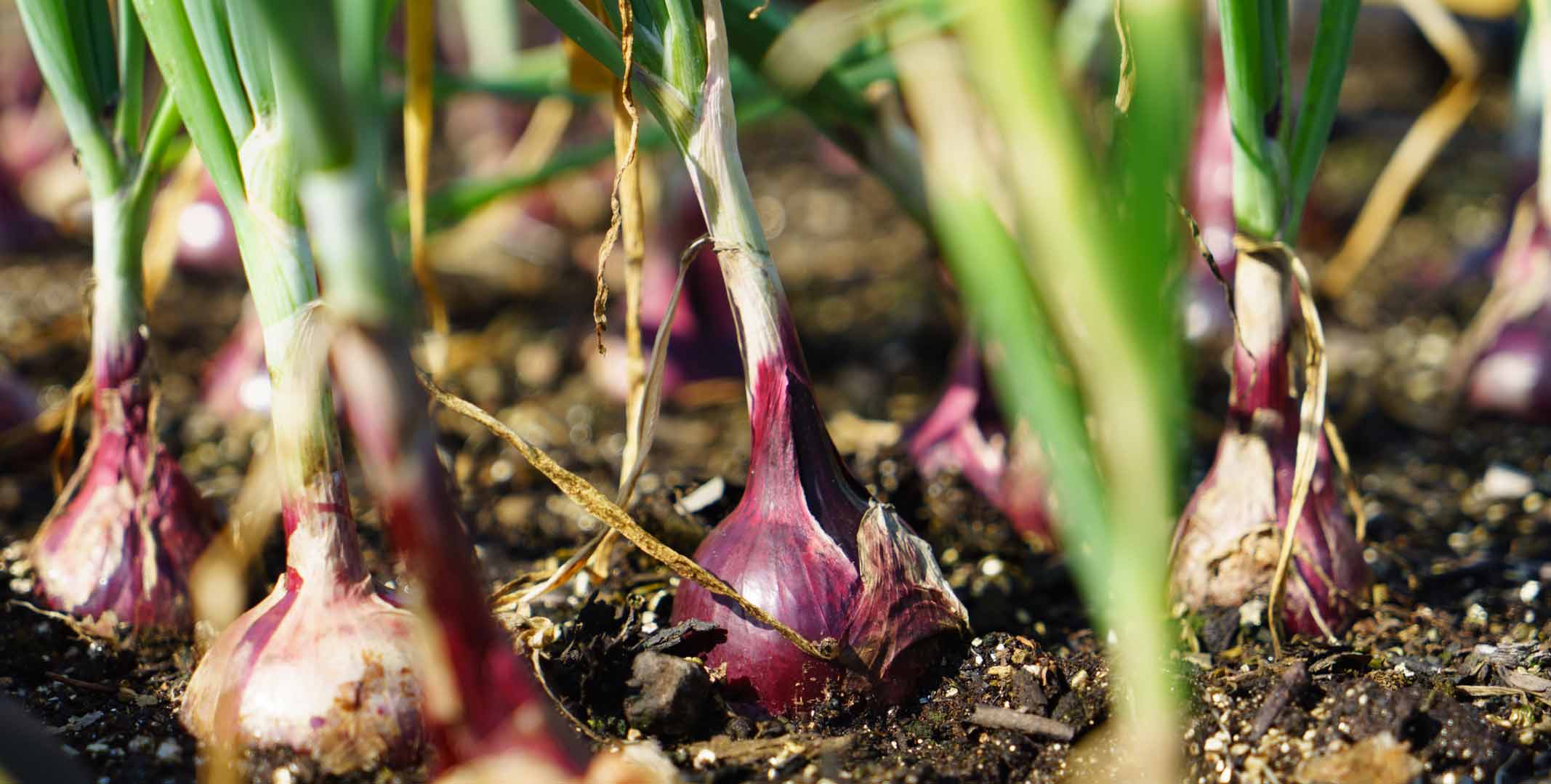 Getting unused food to those who need it

The Ohio State Wexner Medical Center has been a longtime partner of the Mid-Ohio Foodbank and its Second Servings program. Ready-to-serve food, unused by the hospital, heads to Second Servings for soup kitchens and emergency shelters.

“We donate about 40,000 pounds of food each year, mostly from the main medical center campus,” says Mike Folino, associate director of Nutrition Services. “In earlier years, we donated more, but we’re constantly learning to adjust our production to create less leftover food in the first place.”

Medical center chefs and clinicians also show some pantry recipients how to cook that food, through the James Mobile Education Kitchen. The team travels to underserved areas to distribute food samples and hold cooking and nutrition demonstrations.

“We’re able to show people how to turn that donated food into something healthy that they want to eat,” says Jim Warner, program director of Food Service Administration in Nutrition Services.

“For some, the knowledge of how to cook has skipped a generation. We can provide recipes, but until you put a knife in someone’s hand and show them how, they may not know what to do with a spaghetti squash.”

An initiative that began at Ohio State in July 2018 sends coffee grounds and “pre-consumer food waste” to a local composting facility, which turns the waste into nutrient-rich material that’s reused in gardens throughout central Ohio, including in the Ohio State Wexner Medical Center’s own Ross Heart Hospital Community Garden and the James Cancer Hospital and Solove Research Institute Garden of Hope. 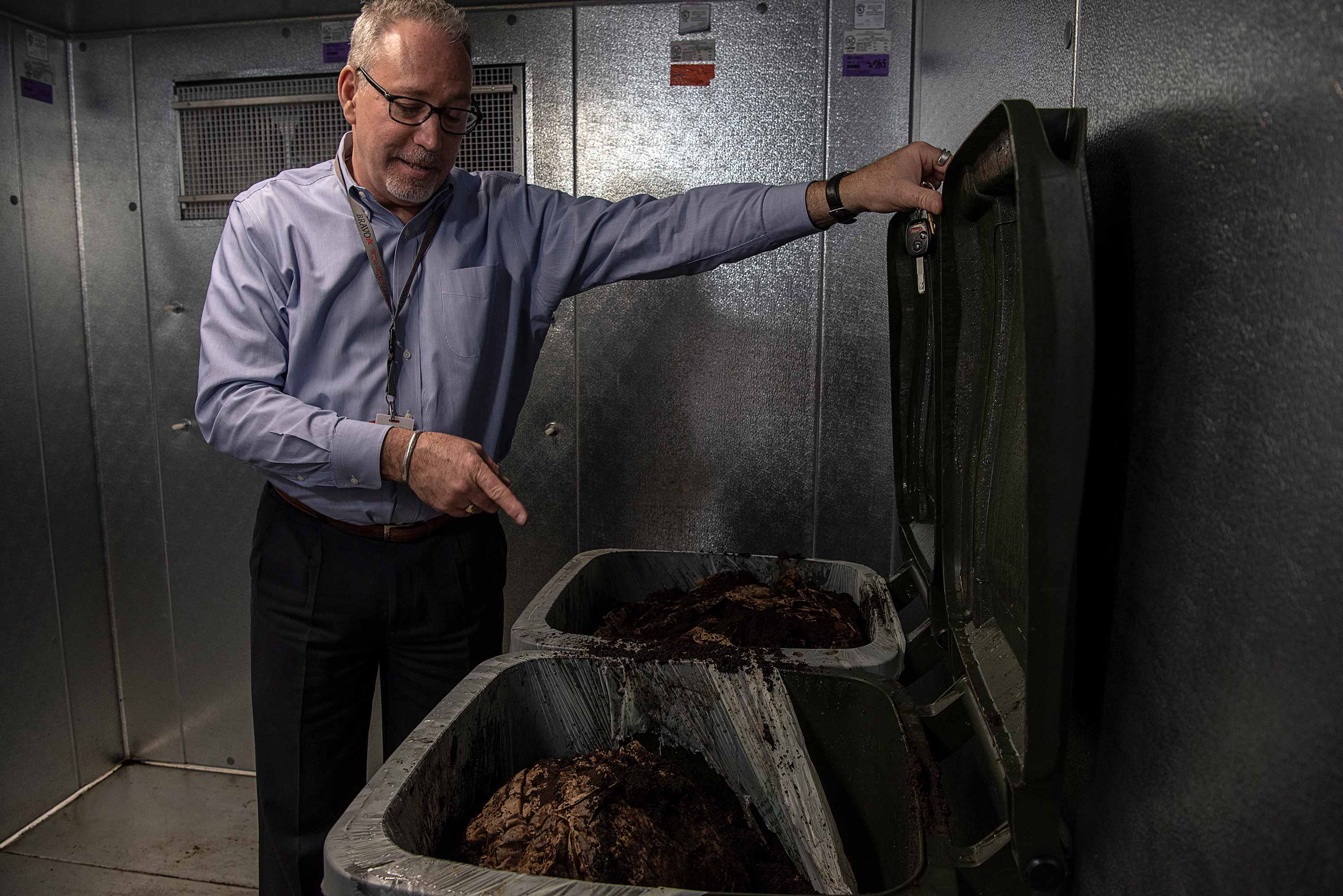 Known as “Grounds for All,” the project contains two phases:

Phase 1 keeps about 100,000 pounds of coffee grounds from reaching a landfill each year. Phase 2 diverts another estimated 90,000 pounds of waste annually.

Through an agreement with Innovative Organics, the medical center gets 4% of the weight of that waste back in the form of compost to use in its gardens.

A grant from the Ohio State University Sustainability Fund recently provided a walk-in cooler, located within the 12th Avenue parking garage, to store the coffee grounds and other food waste until the compost service can retrieve it.

“The cooler allows us to commit much more fully to this sustainable program,” Warner says. “It costs more to keep the waste cold, but the price is worth it to prevent the mold growth, which could become a big problem in a hospital.”

Because food that’s reached patient trays is considered “infectious waste” in a hospital, it’s difficult to sort and can’t be used in compost. At the Ohio State Wexner Medical Center, this “post-consumer food waste” is sent to an onsite biodigester, which turns the leftovers into “gray water” that’s processed at a local water treatment facility for future use.

This keeps waste from heading to the landfill, but the process can produce harmful methane gas, Folino explains, so Nutrition Services is exploring more sustainable methods to divert this waste.

The medical center’s goal of recycling every material possible grows more successful each day. That’s because of individual staff members who champion that process, Folino and Warner say. 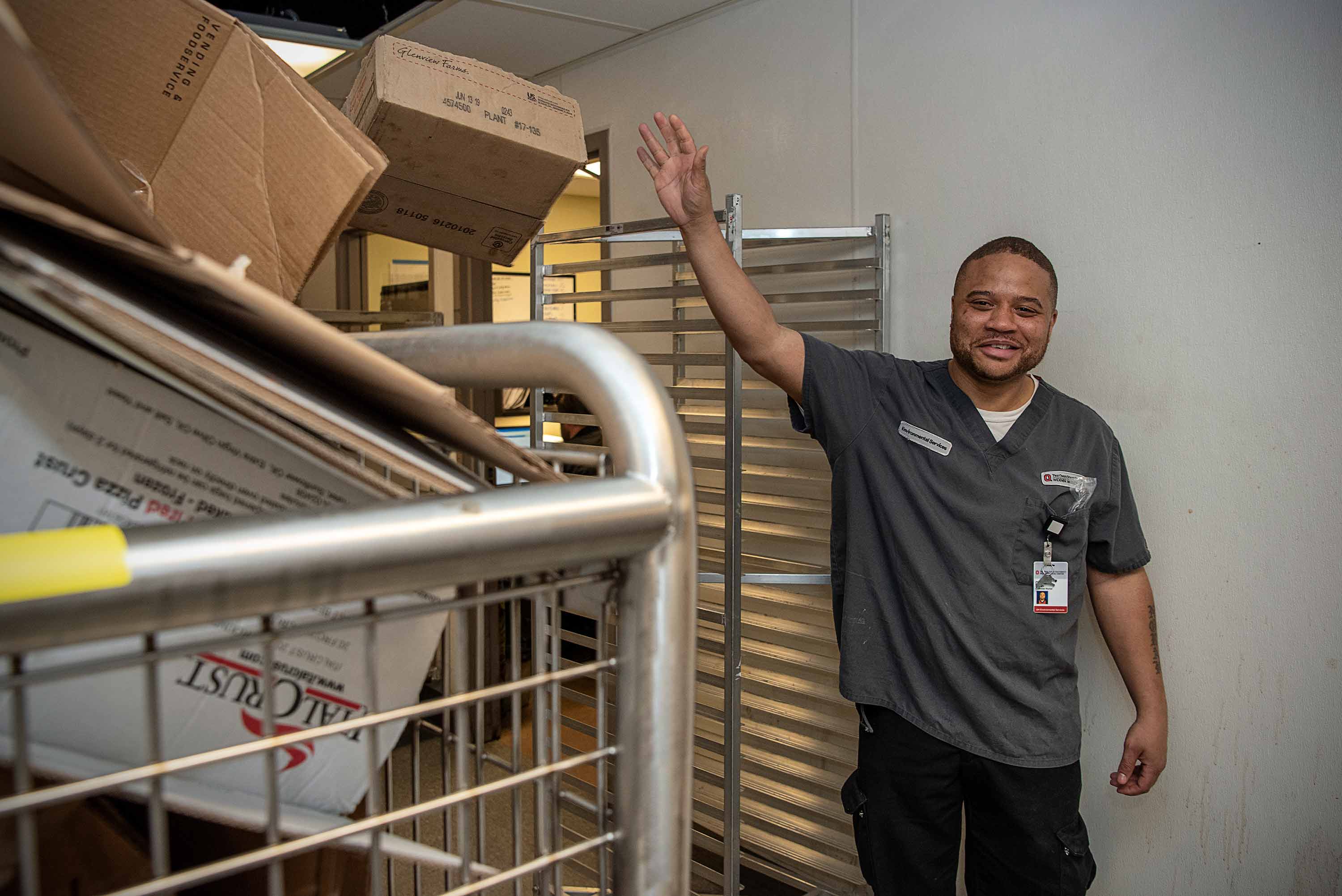 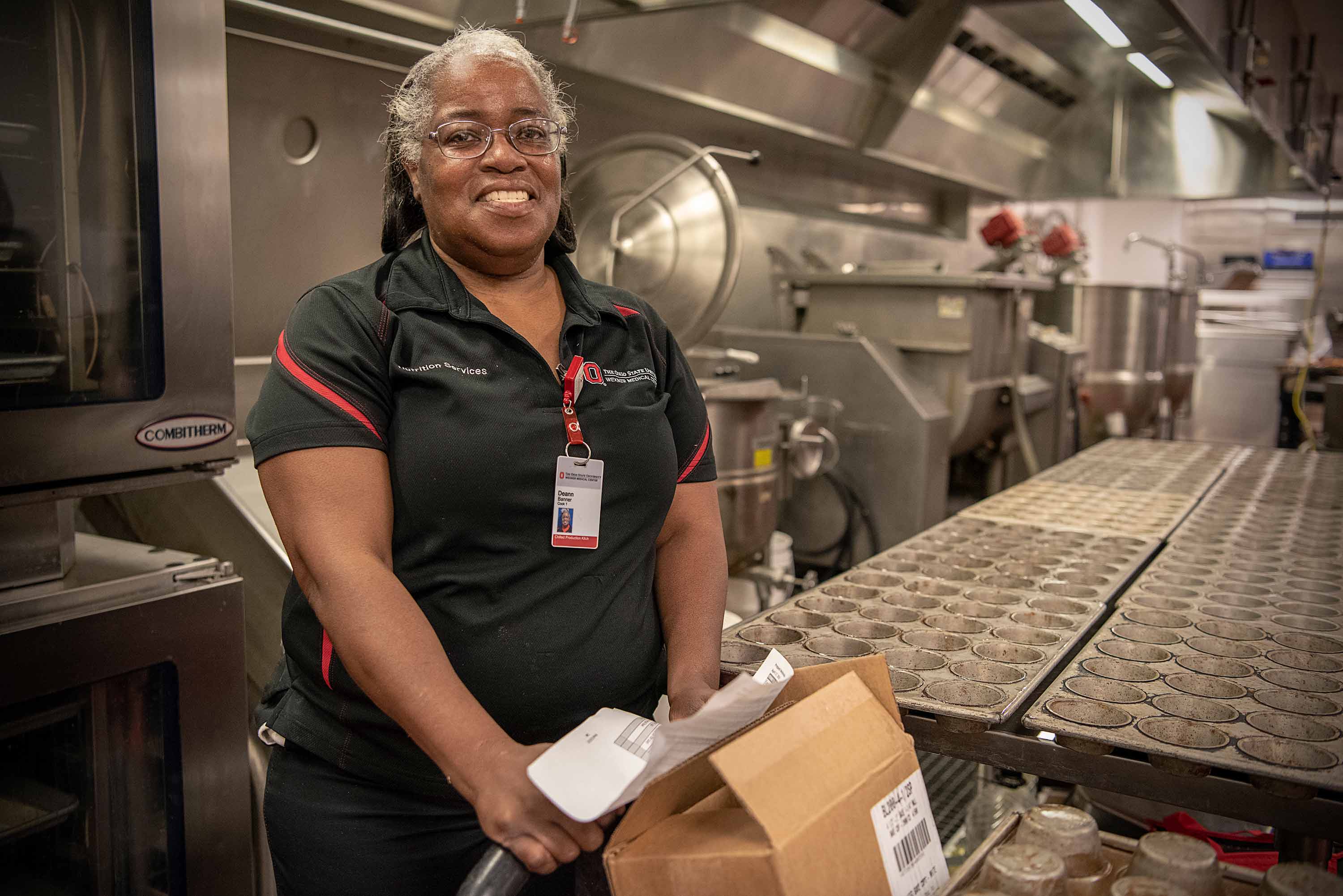 “If you separate just the cardboard from regular trash, it makes so much more room in trash cans, but also in landfills,” Norah says. “Recycling is such a good thing – there’s so much that can be reused.”

Banner says she hopes more people and organizations pitch in.

“I know not everyone recycles, but with labeled bins throughout the facilities, it’s so easy, from paper and cardboard to aluminum cans,” she says. “When is everyone going to catch on?”

With a goal of becoming “zero waste” by 2025, The Ohio State University Wexner Medical Center is steadily adding initiatives to evolve into a more sustainable, environmentally friendly organization.

“The challenge now is to get others at The Ohio State University on board with similar sustainability initiatives,” Warner says. “As a land-grant university originally founded with a focus on agriculture, we can come full-circle, ecologically and philosophically.”