COLUMBUS, Ohio – The Ohio State University welcomes a well-known physician-scientist in the field of otolaryngology—head and neck surgery to lead its College of Medicine, subject to approval by the university’s Board of Trustees. 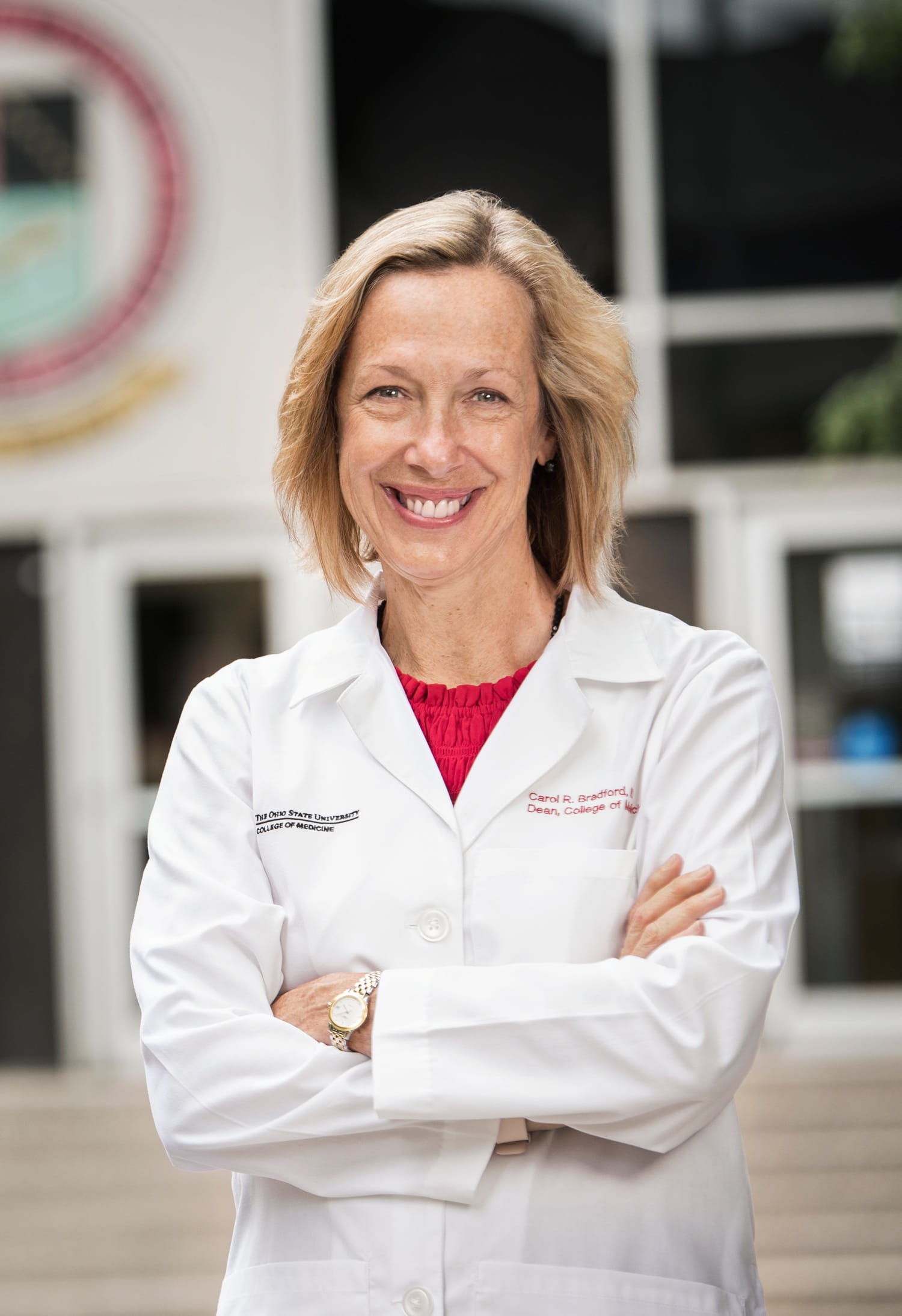 Dr. Carol R. Bradford will become the 15th dean of the medical college and vice president for Health Sciences at The Ohio State University Wexner Medical Center, beginning Oct. 1. She’ll hold the Leslie H. and Abigail S. Wexner Dean's Chair in Medicine. Known for its curricular innovation and pioneering research, the Ohio State College of Medicine is a top-ranked public medical school.
Bradford joins Ohio State from the University of Michigan, where she’s been the executive vice dean of Academic Affairs at the medical school and chief academic officer at Michigan Medicine for four years. Prior to that, she was chair of the Department of Otolaryngology at UM Medical School.
“We are delighted to bring Dr. Bradford to Ohio State. She is a shining example of a strategic and collaborative leader who is ready to advance our mission and our standing among the country’s leading medical colleges,” said Dr. Hal Paz, executive vice president and chancellor for Health Affairs at The Ohio State University and CEO of The Ohio State University Wexner Medical Center.
Bradford specializes in head and neck cancer surgery and reconstruction, cutaneous oncology and sentinel lymph node biopsy. Her research interests include identifying predictive biomarkers for response of head and neck tumors to chemotherapy and radiation and developing novel therapeutics.
“Dr. Bradford joins Ohio State at the perfect time to enhance interdisciplinary education in academic health care,” said Bruce A. McPheron, the university’s executive vice president and provost. “Through her innovative leadership, our students, faculty and staff will continue to be on the front lines of advances in medical education and research.”
Bradford received her medical degree from the University of Michigan Medical School. She completed her otolaryngology residency and a research fellowship at Michigan Medicine.
Her many awards include being inducted into the National Academy of Medicine in 2014, a Distinguished Service Award from the American Academy of Otolaryngology—Head and Neck Surgery (AAO-HNS) in 2007 and a listing in Best Doctors since 2001. She’ll become president of AAO-HNS in September.
Bradford has authored nearly 300 articles in peer-reviewed journals and more than 20 book chapters. She’s held several visiting professorships and is an international invited speaker.
###
Media Contact: Marti Leitch, Wexner Medical Center Media Relations, 614-293-3737 or marti.leitch@osumc.edu