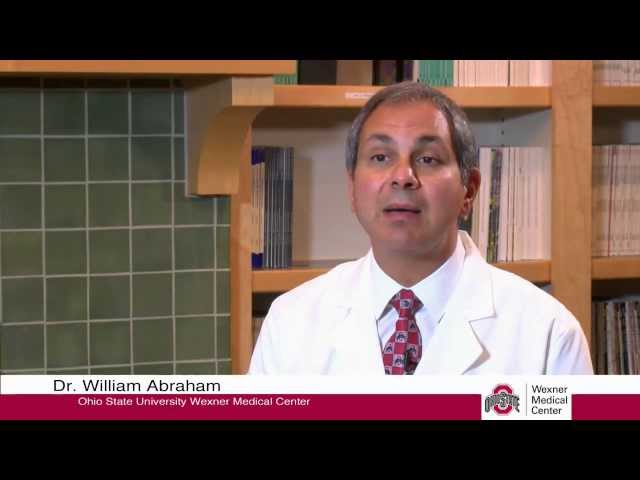 COLUMBUS, Ohio – Researchers announced today that an attempt to expand cardiac resynchronization therapy (CRT) to include more patients with heart failure has failed and the international clinical trial ended early to prevent potential harm to patients.

Results of the trial are available online by the New England Journal of Medicine and were presented during today’s Late Breaking Clinical Trials session at the European Society of Cardiology Congress in Amsterdam, Netherlands.

“Cardiac resynchronization therapy is a proven treatment for people who have a type of heart failure that includes an electrical abnormality, or a wide QRS complex,” said Dr. William Abraham, director of the Division of Cardiovascular Medicine at The Ohio State University Wexner Medical Center and national co-principal investigator of the study. “We noticed some cardiologists were also trying CRT in heart failure patients who did not have this electrical abnormality, however no large studies had tested the use of CRT in this way.”

In 2008, cardiovascular researchers at 115 centers in Europe, Australia and the United States teamed up to test the safety and efficacy of CRT in heart failure patients who had a narrow QRS complex. Patients were enrolled in the study if they had an ejection fraction of 35 percent or less, a narrow QRS duration of 130 milliseconds or less and echocardiographic evidence of a left ventricular dyssynchrony. A total of 809 study participants underwent implantation of a cardiac resynchronization device with defibrillator capability developed by Biotronik. Half (404) were randomized to have CRT turned on while the other half (405) did not receive CRT. All study participants had the defibrillator capability turned on.

After following each participant an average of 19 months, the trial was stopped in March on the basis of futility and potential for harm. Researchers recorded 45 deaths and 224 hospitalizations for worsening heart failure in the CRT group compared to 26 deaths and 194 hospitalizations in the control group.

“Not only did cardiac resynchronization not help these patients with systolic heart failure, but the data showed the potential for harm,” said Abraham. “This is a landmark trial in CRT and heart failure because it tells us we should not use this therapy in this group of patients.”

Heart failure occurs when the heart does not pump blood efficiently, most often due to a weak heart muscle. Patients suffer from shortness of breath, fatigue, swelling and reduced quality of life. According to the American Heart Association, about 5.7 million Americans have heart failure and it accounts for about 1 million hospital admissions each year at an estimated societal cost of $32 billion.

“We’re always looking for better treatments for patients with heart failure to improve their quality of life and reduce their hospitalizations,” said Dr. Ayesha Hasan, a heart failure cardiologist at Ohio State’s Richard M. Ross Heart Hospital and the lead principal investigator at Ohio State. “We now know expanding the use of CRT in this population of patients is not a positive solution.”

Abraham says researchers are still investigating why CRT did not work for this group of patients, to better understand the benefits and challenges of this treatment option.

Biotronik funded the FDA-approved trial. Abraham is a paid consultant for the company.

Sound bites and a photo of Dr. William Abraham are available for download at: http://bit.ly/1buTeHk