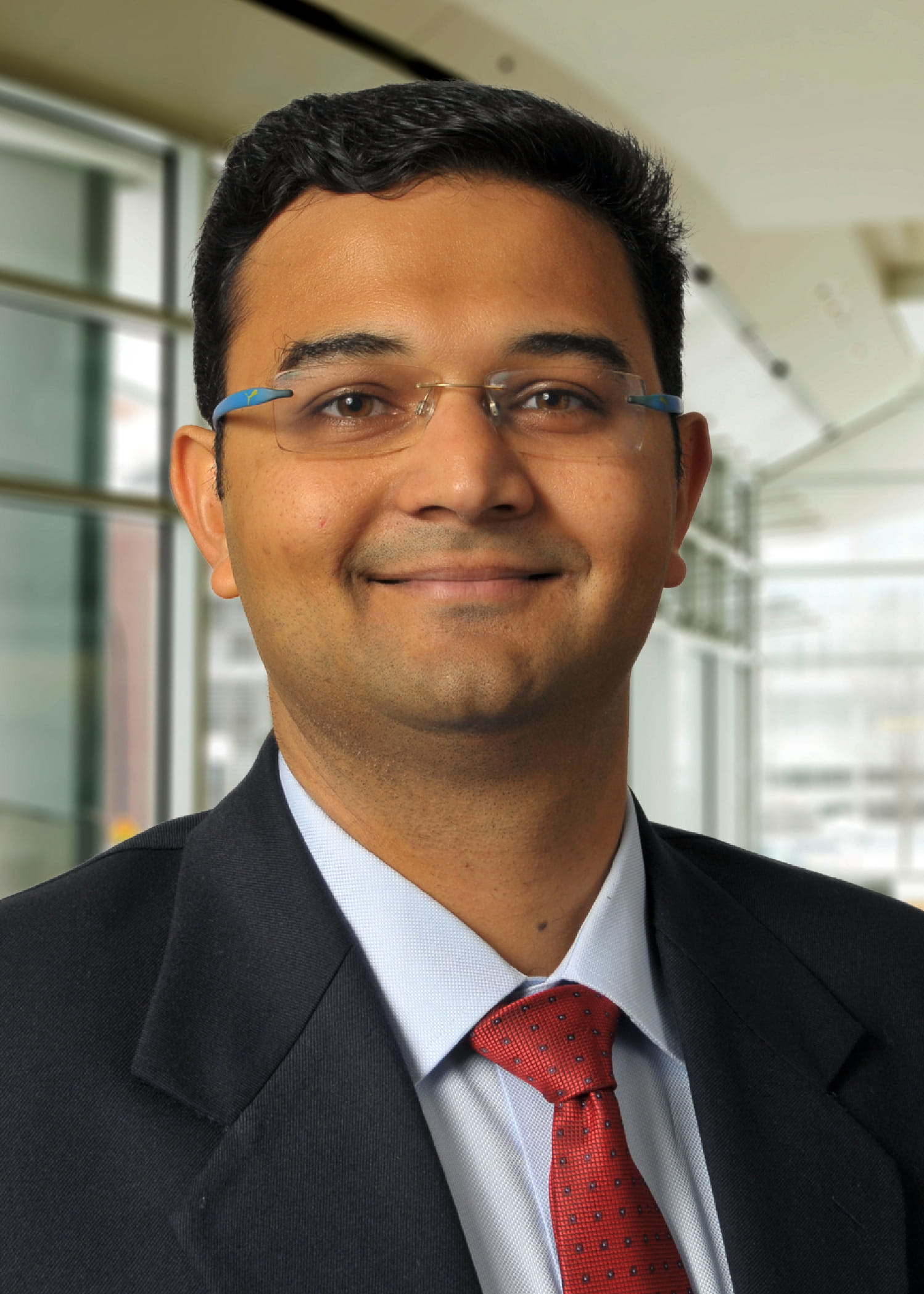 COLUMBUS, Ohio – In a first-in-world clinical trial, researchers at The Ohio State University College of Medicine are studying how well focused ultrasound surgery works in adults with a specific type of epilepsy whose seizures are not controlled by medication.
Up to 10 adults with medically refractory lobe focal onset epilepsy will be enrolled in this study which uses MR-guided focused ultrasound through an intact skull to ablate tissue deep in the brain without incisions or radiation. With this technology, 1,024 ultrasound beams pass through the scalp, skull and brain tissue until they converge at a focal point to ablate specific brain tissue involved in epilepsy.
“We’re pursuing this clinical trial because there’s a large unmet clinical need. More than 20 million people worldwide live with uncontrollable seizures because no available treatment works for them,” said neurosurgeon Dr. Vibhor Krishna, who is leading the study at The Ohio State University Wexner Medical Center and Ohio State’s Neurological Institute.
Epilepsy is the fourth most common neurological disorder, affecting 65 million people worldwide, including 3.4 million people in the United States, according to the Epilepsy Foundation. This condition, which can affect people of all ages, is characterized by unpredictable seizures. Epilepsy is a spectrum condition with a wide range of seizure types, including focal onset (partial) or general.
Earlier this month, a 58-year-old man from Dublin, Ohio, became the first patient treated with focused ultrasound for epilepsy at Ohio State.
During the three-hour surgery in an intraoperative MRI-surgical suite, the patient was awake and alert, giving real-time feedback to the treatment team of neurosurgeon, neurologist, neuropsychologist, researchers and nurses. His feedback helped the team to safely ablate the brain region involved in spread of his epilepsy without causing undesirable side effects.
A head frame holds the patient’s head still during the treatment, which takes place in an MRI. The ultrasound transducer – essentially a helmet housing the ultrasound beams – is attached to the head frame. Surrounding the patient’s head is a water bath where cold, degassed water is circulated. This setup helps transmission of ultrasound from the machine through intact skull focused at the exact brain tissue that is being targeted.
The research team at Ohio State’s Center for Neuromodulation includes neurologist Dr. Jesse Mindel, neuropsychologist Cady Block and researcher Dr. Francesco Sammartino who will monitor the patients closely by using neurological exams and neuro-psychological exams to assess language, memory and executive functioning at various intervals for one year following the surgery.
“For the past several years, Ohio State has been leading the way in conducting clinical trials using focused ultrasound surgery to successfully treat essential tremors and Parkinson’s disease. Our research team is now pioneering this innovative technology to help our patients who suffer from debilitating epileptic seizures,” said Dr. K. Craig Kent, dean of the College of Medicine.
The clinical trial is funded by the Focused Ultrasound Foundation.
# # #
Media Contact: Eileen Scahill, Wexner Medical Center Media Relations, 614-293-3737, Eileen.Scahill@osumc.edu