COLUMBUS, Ohio – A passion for LEGO toys is now a fun way to raise money for heart research at The Ohio State University Heart and Vascular Center.
Paul Janssen, a professor of physiology and cell biology, channeled his Buckeye pride and love for the tiny building bricks into a highly-detailed miniature replica of Ohio Stadium.
“I thought the Horseshoe would be a great challenge because it’s oval with lots of detail, angles and curves but made from squared bricks. It would allow me to enjoy my hobby and think about my research,” Janssen said.
Janssen built the stadium for display in The Ohio State University Richard M. Ross Heart Hospital lobby. The stadium will remain on display through the 2017-18 college football season. The exhibit has been shown at the Columbus Museum of Art and has earned Janssen national acclaim for its scale and intricate detail.
The plastic stadium is approximately 120th the scale of the real Ohio Stadium. It took Janssen about 3,000 hours and nearly one million bricks to build the display. 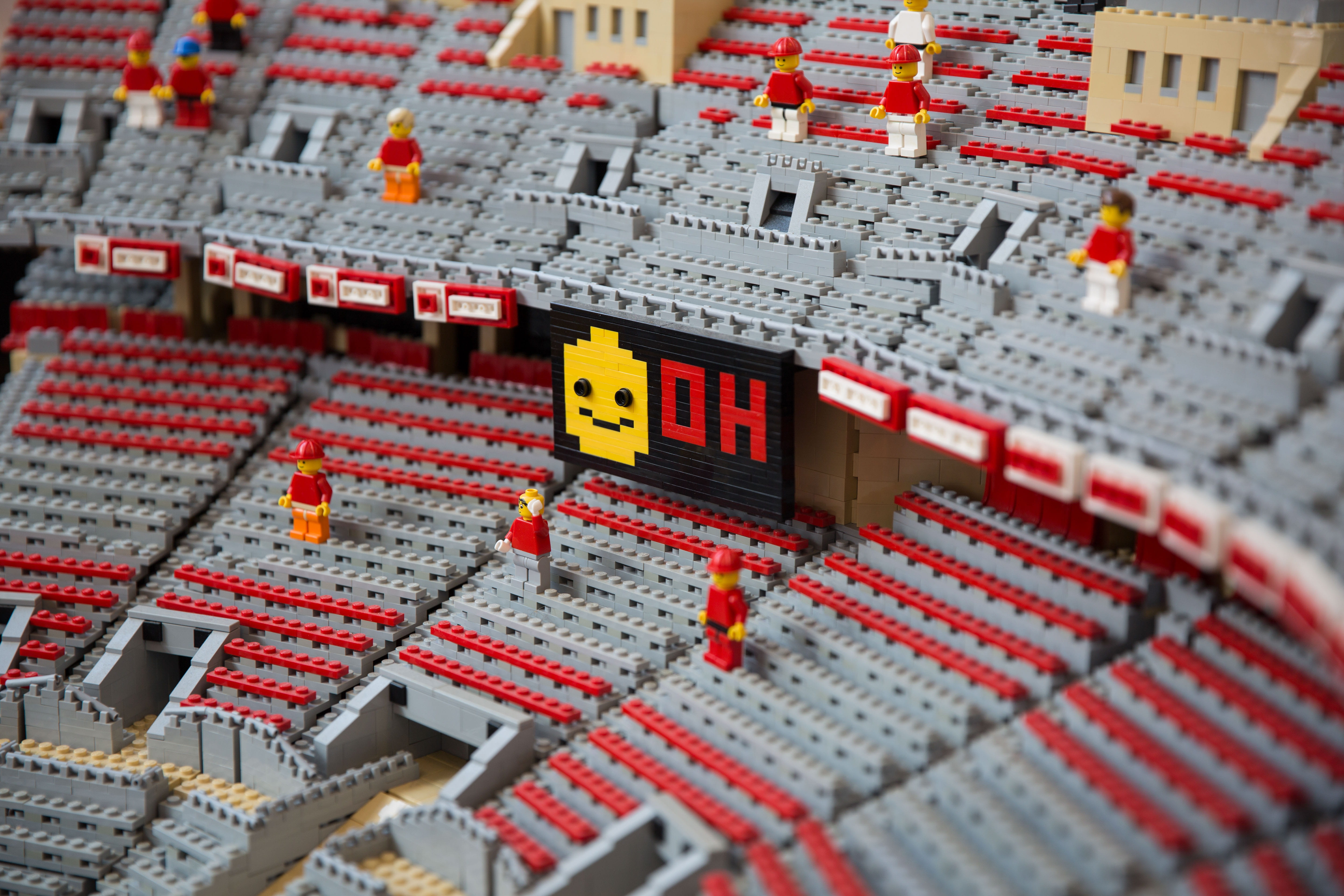 It has a capacity to hold up to 12,000 toy people in the stands (compared to more than 109,000 real people that can pack the stands on game day) and on the field, so Janssen is selling seats for a donation of $20 or more to Ohio State’s human heart program.
The Janssen lab is one of 17 research labs at Ohio State that study live human heart tissue, using explanted hearts from patients receiving a new heart by transplant.
“By studying human hearts versus an animal model, we can learn unique things only done here at Ohio State,” Janssen said. ”In each lab, we research something different, but we come together and compare our results and correlate one issue with another so we can truly move the field of cardiology forward.”
Janssen’s research has contributed to breakthroughs in the areas of Duchenne muscular dystrophy, arrhythmia, cardiovascular disease and heart failure. 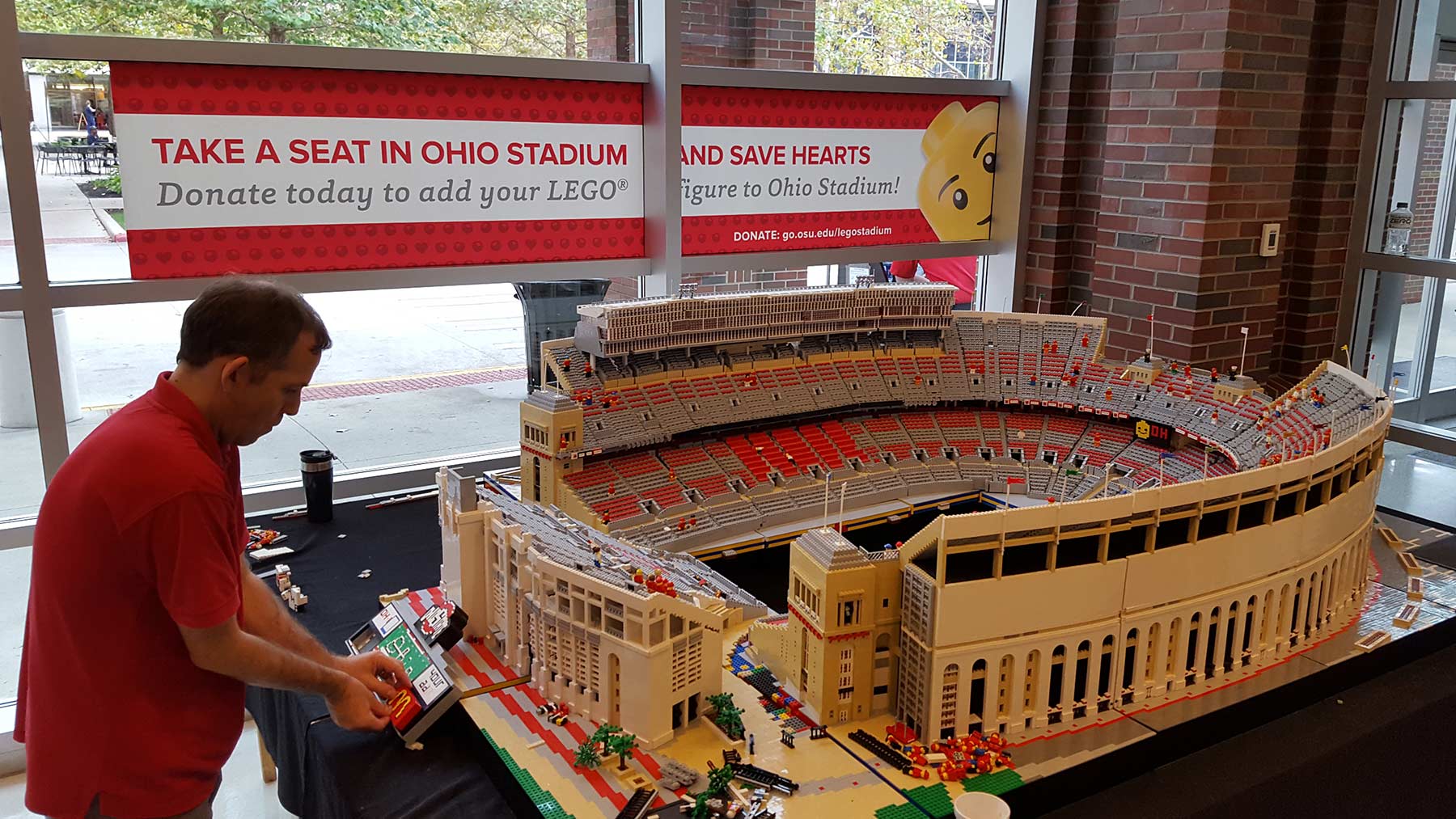 Anyone interested in placing a little Buckeye fan in the replica stadium can go to: go.osu.edu/legostadium.
###
Media Contact: Marti Leitch, 614-293-3737 or Marti.Leitch@osumc.edu