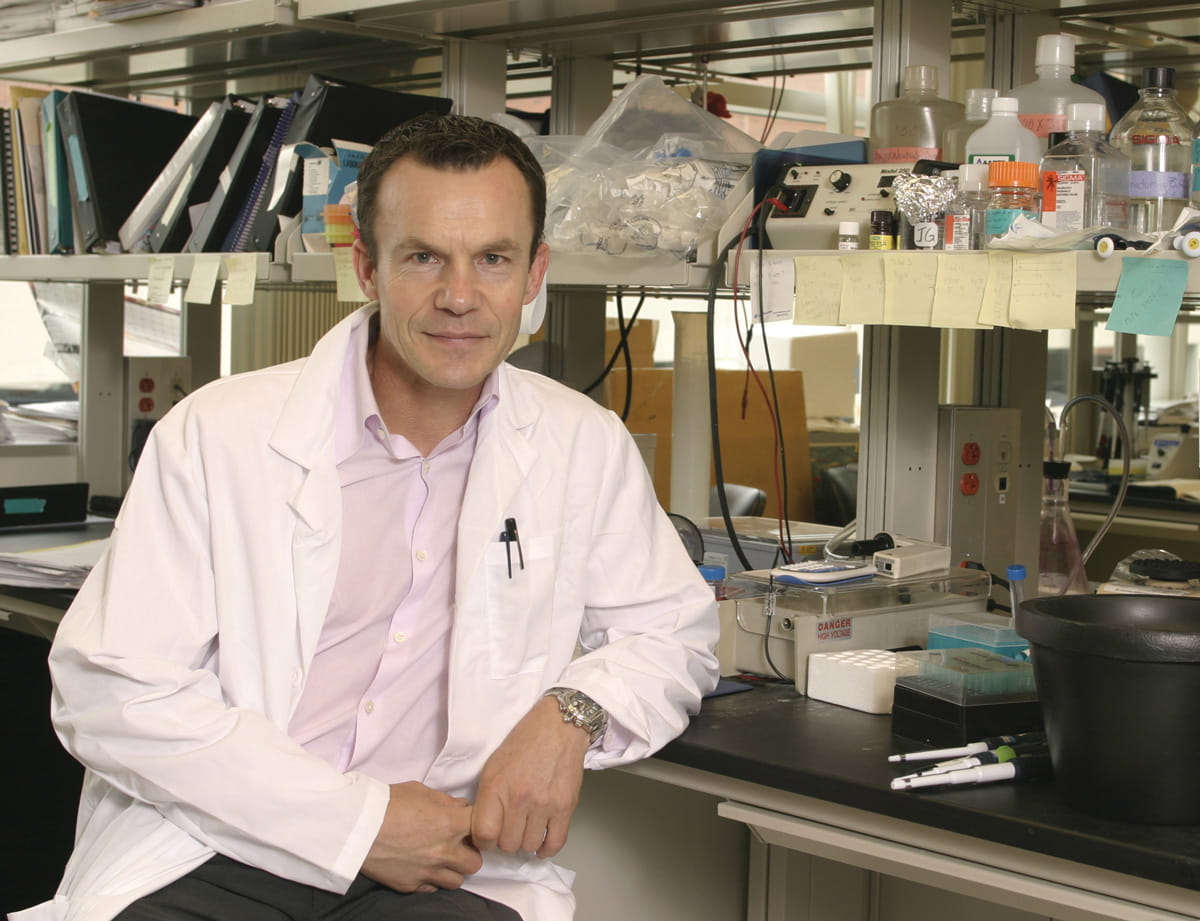 COLUMBUS, Ohio – An Ohio State researcher says treatment using a novel gene therapy agent has proven to significantly improve motor skills in patients with advanced Parkinson’s disease.
The study, published online today (3/16) in the journal Lancet Neurology, is the first randomized, double blind study to provide definitive clinical proof that gene therapy works in the human brain.
“This is passing a threshold never achieved before in gene therapy,” says Dr. Matthew J. During, researcher at The Ohio State University Medical Center, and co-developer of the gene therapy treatment.
Patients involved in the study received either a placebo infusion of sterile saline, or the study therapy, which is the glutamic acid decarboxylase (GAD) gene delivered within a protein shell. GAD makes a neurochemical called GABA that helps restore chemical balance in areas of the brain where Parkinson’s disease causes abnormal levels of activity. The infusion went into the key parts of the brain that are responsible for motor function.
Prior to the procedure, the patients’ motor skills were evaluated, using scores from an overnight, off-medication rating scale. Researchers compared these baseline scores to the progress of the same patients at intervals at one, three and six months after the procedure. The results were significant. At the end of six months, among those receiving the gene therapy, half improved by nine points or more, compared to just 14 percent of those receiving the placebo.
“That translates into moderate to large clinical improvement. Patients reported more consistent medication effect and noticeable improvements in symptoms such as tremors, rigidity, slowness of movement and slowness of gait,” says During, a professor of molecular virology, immunology and medical genetics, neuroscience and neurological surgery at Ohio State University College of Medicine.
Approximately one million people live with Parkinson’s disease in the United States, and up to six million are affected worldwide. As the disease progresses, it becomes more difficult to control the symptoms with medication and patients often develop significant side effects. Another treatment option, deep brain stimulation, involves implanting medical devices permanently in the brain.
The randomized, controlled double blind clinical trial enrolled 45 patients with moderate to advanced Parkinson’s disease at seven sites in the United States, including Ohio State’s Medical Center, between November 2008 and May 2010.
The gene therapy was developed by During and Dr. Michael Kaplitt at New York-Presbyterian Hospital/Weill Cornell Medical Center, the co-founders of Neurologix, Inc. The phase II trial was sponsored by Neurologix, Inc., Fort Lee, N.J. where During is a paid consultant.
Other Ohio State researchers involved in the study are Dr. Sandra Kostyk, Dr. Ali Rezai and Dr. Punit Agrawal.
Researchers are already planning for the phase III trial of this gene therapy. During and his colleagues are meeting with the U.S. Food and Drug Administration to develop the testing sites and protocol for the next round of research.
“Our work here at Ohio State has been instrumental in the development of this novel therapy and we obviously want to be a phase III study site as well,” During said.