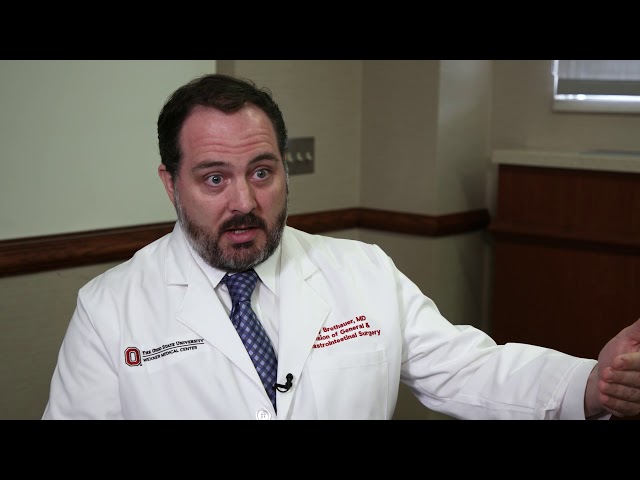 Downloads
COLUMBUS, Ohio – Experts at The Ohio State University Wexner Medical Center and 45 worldwide scientific and medical societies pushed for change to the national guidelines that would allow more patients with the chronic diseases of obesity and diabetes to be eligible for bariatric surgery at the 2019 Annual Minimally Invasive Surgery Symposium.
Obesity affects almost 40% of the population – or about 93 million adults – in the United States, according to the Centers for Disease Control and Prevention.
As chronic obesity worsens, it comes not only with complications of diabetes, but may also include heart disease and cancer. And just like with any other chronic disease, the best course of action is early intervention, such as bariatric surgery, said Dr. Stacy Brethauer, a surgeon at Ohio State Wexner Medical Center’s Bariatric Surgery Center of Excellence.
Bariatric surgery is a weight-loss technique that changes the anatomy of the gastrointestinal tract including the stomach and digestive system and creates physiological changes in the body that alter energy balance and fat metabolism.
“Surgery is, by far, the most effective tool in managing or reversing Type 2 diabetes. Just as doctors wouldn’t wait until a patient has advanced-stage cancer to treat their disease, patients shouldn’t have to wait until they are severely obese to undergo surgery,” Brethauer said. “Too many see obesity as a problem of willpower, and it’s simply not. Patients must participate in their care by making healthy lifestyle changes, but the most effective treatment is often surgery, and that should be an option for patients who would benefit.”
Patients with obesity who are interested in having bariatric surgery to lose weight must meet certain criteria to qualify for the surgery that were developed nearly three decades ago, and are arbitrarily based on a patient’s body mass index (BMI), Brethauer said. 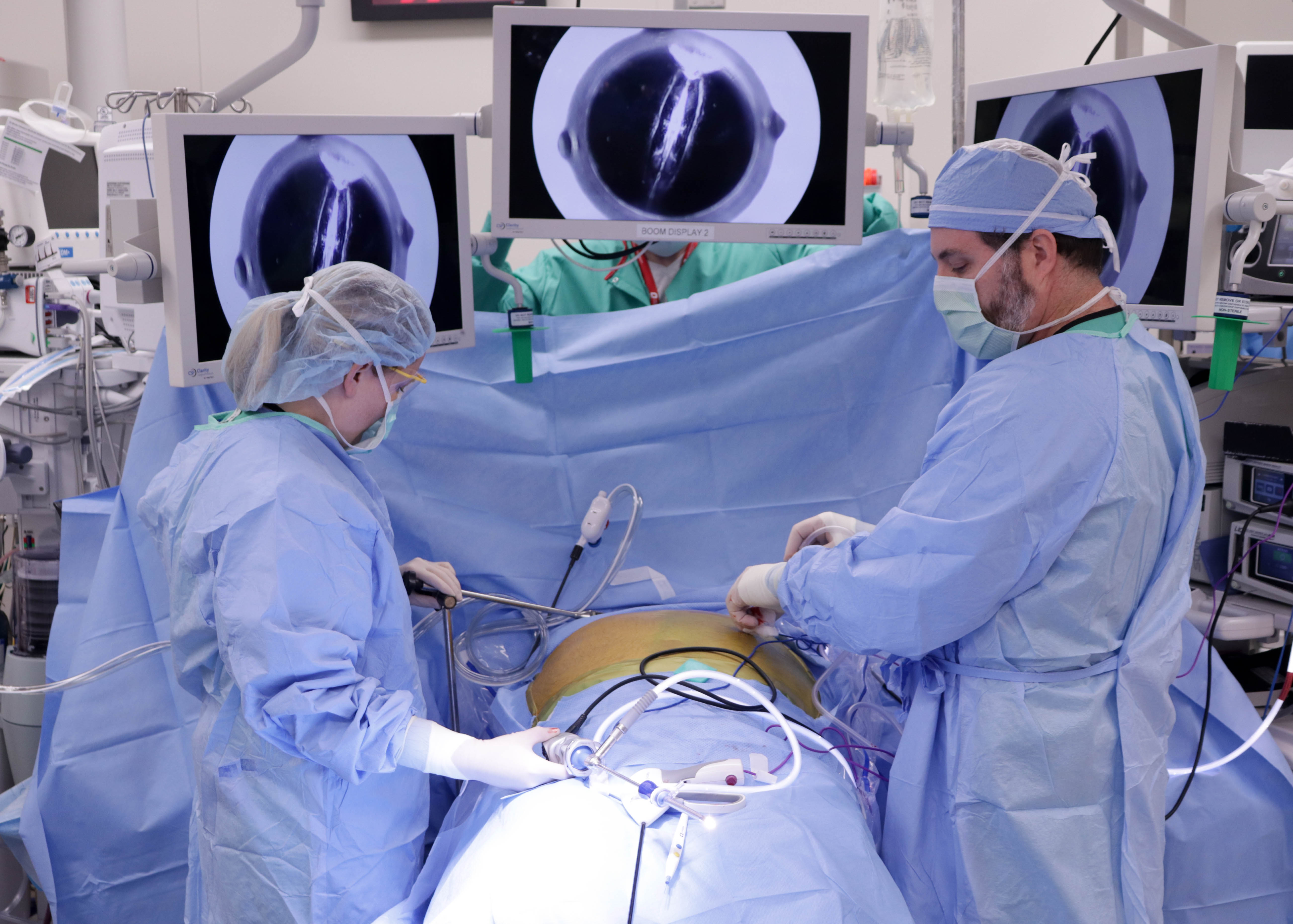 According to the 1991 National Institutes of Health Consensus Conference Guidelines, patients are considered surgical candidates only if their BMI is 40 or higher, or if their BMI is 35 or higher and they suffer from other life-threatening comorbidities such as type 2 diabetes, hypertension or cardiovascular disease.
“For example, if you have two patients who each have obesity with uncontrolled diabetes, the patient who has a BMI of 35 or higher would qualify for bariatric surgery, while the other patient with a BMI of 34 or lower would often be denied coverage by insurance companies,” Brethauer said. He wants this to change.
Multiple clinical studies have proven the benefits of bariatric surgery in patients with lower BMIs. The American Society for Metabolic and Bariatric Surgery has drafted new criteria that would make these patients eligible for surgery with a lower BMI and diabetes, said Brethauer, a senior past president of the society who helped draft the new guidelines during his tenure as president.
“The patient who doesn’t get the operation, we know very well that their disease will progress and their lifespan will be shortened,” said Brethauer, professor of surgery at Ohio State’s College of Medicine. Continuing to increase their insulin requirements will not change the trajectory of the disease. Surgery does.”
Brethauer said it’s now up to referring physicians and insurance companies to more widely adopt these new standards so that more patients can receive the treatment they need.
In 2016, global guidelines developed during the 2nd Diabetes Surgery Summit were published in the journal Diabetes Care to inform clinicians and policymakers about benefits and limitations of bariatric surgery for patients with type 2 diabetes. These guidelines have been endorsed by more than 45 scientific and medical societies worldwide that urge health care regulators to introduce appropriate reimbursement policies.
“National data says that two-thirds of the population is either overweight or obese, and up to 8% are severely obese and clearly would qualify for bariatric surgery,” Brethauer said. “But right now in the United States, we do more than 250,000 bariatric surgeries a year, so that means we’re operating on 1% of the patients who are eligible for surgery based on their BMI.”
# # #
Media Contact: Eileen Scahill, Wexner Medical Center Media Relations, 614-293-3737, Eileen.Scahill@osumc.edu