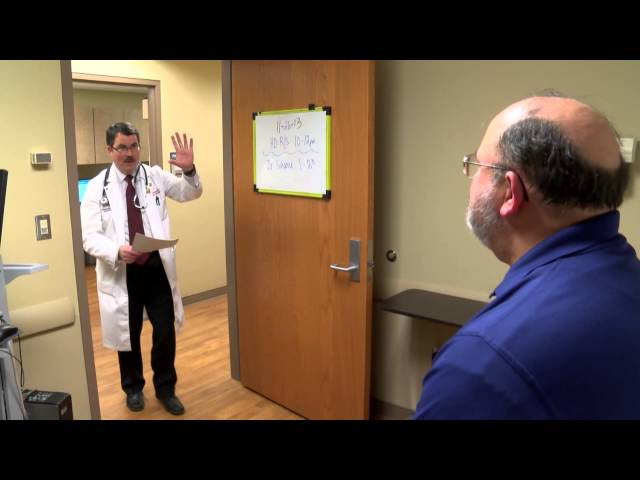 COLUMBUS, Ohio – The Self-Administered Gerocognitive Examination (SAGE test) , which takes less than 15 minutes to complete, is a reliable tool for evaluating cognitive abilities. Findings by researchers at The Ohio State University Wexner Medical Center confirming the feasibility and efficiency of the tool for community screening large numbers of people are published in the January issue of The Journal of Neuropsychiatry and Clinical Neurosciences.

Memory disorders researchers visited 45 community events where they asked people to take a simple, self-administered test to screen for early cognitive loss or dementia. Of the 1047 people who took the simple pen-and-paper test, 28 percent were identified with cognitive impairment, said Dr. Douglas Scharre, who developed the test with his team at Ohio State.

The SAGE test can also be taken at home by patients, who can then share the results with their physicians to help spot early symptoms of cognitive issues such as early dementia or Alzheimer’s disease, said Scharre, who is director of the Division of Cognitive Neurology and heads the Memory Disorders Research Center at Ohio State’s Wexner Medical Center. Often physicians may not recognize subtle cognitive deficits during routine office visits, he said.

“What we found was that this SAGE self-administered test correlated very well with detailed cognitive testing,” Scharre said. “If we catch this cognitive change really early, then we can start potential treatments much earlier than without having this test.”

While the test does not diagnose problems like Alzheimer’s, it does allow doctors to get a baseline of cognitive function in their patients, so they can follow them for these problems over time.  “We can give them the test periodically and, the moment we notice any changes in their cognitive abilities, we can intervene much more rapidly,” Scharre said.

The SAGE test could also provide health care providers and caregivers an earlier indication of life-changing events that could lie ahead. Earlier research by Scharre found that four out of five people (80 percent) with mild thinking and memory (cognitive) issues will be detected by this test, and 95 percent of people without issues will have normal SAGE scores.

In this study, researchers found that SAGE’s self-administered feature, pen-and-paper format, and four equivalent interchangeable forms allows it to be given in almost any setting, doesn’t require any staff time to administer or to set up a computer, and makes it practical to rapidly screen large numbers of individuals in the community at the same time.

Study participants were ages 50 or older who had been recruited from a wide variety of community locations and events, including senior centers, health fairs, educational talks to lay public, independent and assisted-living facilities, and free memory screens through newspaper advertisement. The study excluded individuals who indicated that they had taken SAGE previously.

Participants were provided their score and written information about SAGE, and were advised to show it to their physician for interpretation and potential further screening or evaluation based on their health history. All were told that this test represented their baseline to be compared to future re-screening by their physician. Missing six or more points on the 22-point SAGE test usually warrants additional follow-up by the physician.

Scharre, who specializes in treating Alzheimer’s disease, said treatments for Alzheimer’s and dementia are more effective when started in the earliest stage of the disease. Unfortunately, patients with Alzheimer’s disease often wait three to four years after their symptoms first appear to seek treatment.

Some 5 million Americans have Alzheimer’s disease, and those numbers are expected to almost triple by 2050. An additional 3 percent to 22 percent of those over 60 years of age are thought to currently meet criteria for Mild Cognitive Impairment as well, Scharre said.

“Hopefully, this test will help change those situations,” Scharre said. “We are finding better treatments, and we know that patients do much better if they start the treatments sooner than later.”