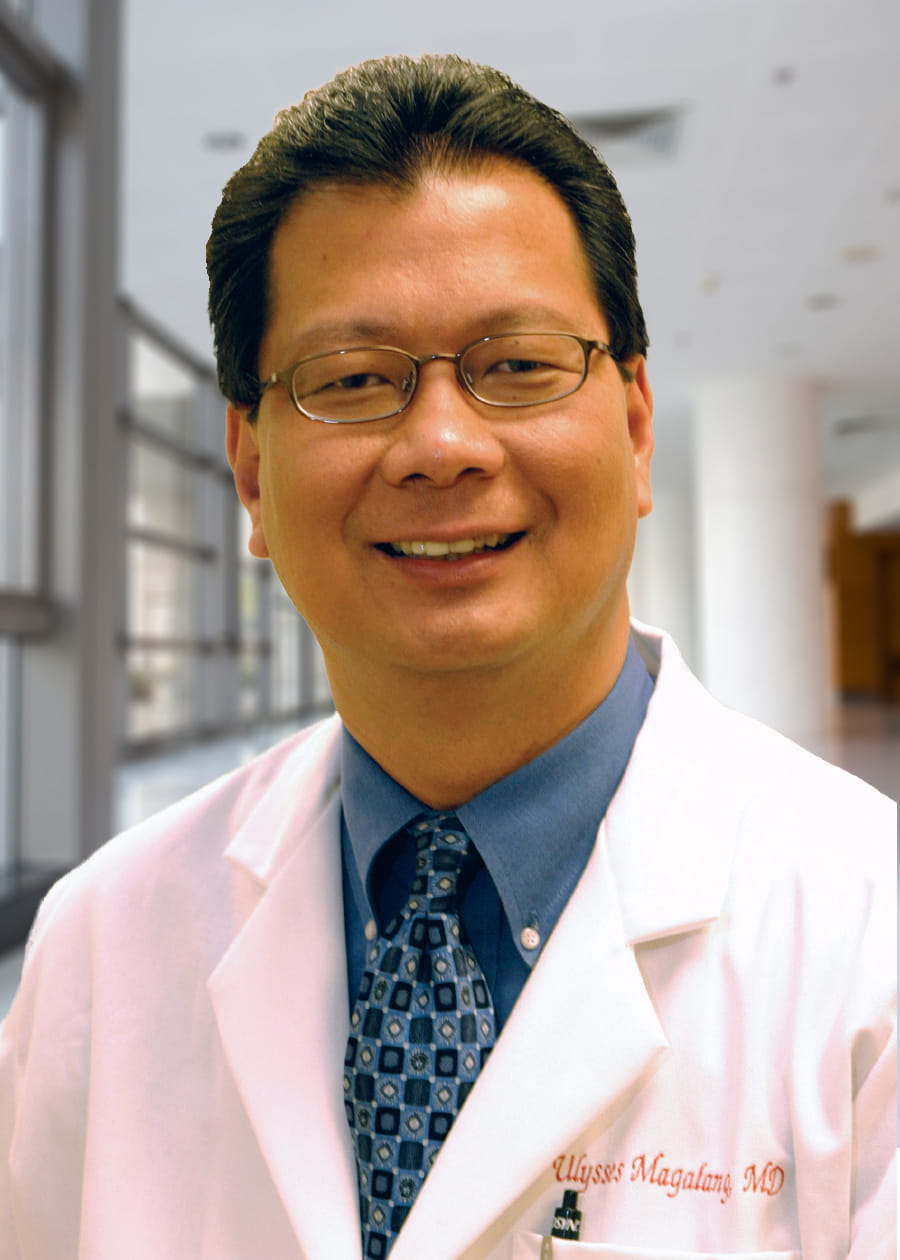 COLUMBUS, Ohio – A new meta-analysis conducted by an international team of sleep and respiratory researchers suggests that untreated sleep apnea may be a major factor in why medications appear to be less effective in reducing high blood pressure in some people. Further, the study shows that continuous positive airway pressure (CPAP) therapy may be the key to helping those with difficult to treat hypertension get their blood pressure under control.

As many as 10 million people in the United States have “resistant hypertension” which either doesn’t respond to or requires multi-drug therapy. Most people with resistant hypertension also have obstructive sleep apnea (OSA) – a condition that stops or reduces airflow during sleep. It’s a deadly combination that exponentially increases the risk of death or disability from a stroke or heart attack, but one that researchers say may have a relatively simple solution.

“Our study indicated that the patients with resistant hypertension and the very highest blood pressure experienced the greatest reduction in blood pressure after using CPAP therapy,” said Ulysses Magalang, MD, the study’s principal investigator and director of the Sleep Disorders Center at The Ohio State University Wexner Medical Center. “This response suggests that untreated sleep apnea may be why these people haven’t seen improvement in their blood pressure despite the concurrent use of three or four medications.”

Previous studies have shown that CPAP therapy offers patients with hypertension a significant, yet modest two to three point reduction in blood pressure. Magalang and the research team found that when they honed in on the specific results for those with resistant hypertension, the benefits of CPAP use looked quite different.

“We know that small changes in blood pressure translate into big benefits in terms of protecting the heart and reducing stroke risk,” said co-author Christopher Valentine, MD, a nephrologist at Ohio State’s Wexner Medical Center.  “These findings suggest that physicians may need to be more aggressive with screening for sleep apnea and ensuring CPAP therapy compliance in patients with resistant hypertension.”

Despite the fact that millions of people suffer from resistant hypertension, and that its cardiac comorbidities carry a significant public health burden, studies looking at CPAP use and hypertension historically haven’t focused on this difficult to treat population.

“We have a lot of evidence about the benefits of CPAP in people with hypertension and OSA, but ours is the first analysis to systematically review CPAP use in people with difficult to treat hypertension and apnea,” explained Valentine. “The results are clinically relevant because the effects that we found are significantly higher than what’s been previously observed in a more general hypertensive population. CPAP use could offer this subset of patients a new chance to reach a healthier blood pressure goal, or even to reduce their medication burden.”

From an initial scan of 157 articles, the researchers narrowed the data from 6 different studies, looking at pre- and post-CPAP blood pressure measurements from more than 300 patients with resistant hypertension. The duration of CPAP use ranged from 3 weeks to 6 months. In addition to measuring ambulatory blood pressure, investigators also looked at CPAP therapy and its impact on nighttime blood pressure – another predictor of future cardiac events.

While the researchers found significant improvement in ambulatory and nocturnal blood pressure measurements after CPAP use in some of the studies, other cuts of the data showed that CPAP therapy delivered about the same nocturnal blood pressure benefit as observed in previous studies.
“More studies are needed to further define CPAP influence on blood pressure, but overall, we think that the longer the CPAP is used during the night, the greater the impact.” said Magalang.
The authors also acknowledge other limitations of their analysis, including small sample size, and potentially confounding factors such as the concomitant use of the antihypertensive medications, obesity and other life-style factors such as the use of alcohol and smoking.
Magalang and Valentine say that their findings also support the idea that resistant hypertension and OSA represent an “extreme phenotype” of those who have OSA, but never develop hypertension. A phenotype describes how an individual’s characteristics are influenced by the interaction of their genes with their environment. The researchers further suggest that resistant hypertension in those with sleep apnea may be caused by a less common gene variant that nonetheless has significant impact.

It’s a hypothesis that will likely be put to the test over the next decade. The researchers who collaborated on the paper all belong to the Sleep Apnea Genetics International Consortium (SAGIC), a partnership of scientists from five continents who are building the first-ever international biomedical database to uncover the genetic causes of sleep apnea. By collecting biological material from thousands of patients with sleep disorders, the group hopes to amass enough data to start identifying underlying genetic causes of different conditions.

“We’re only just now beginning to appreciate the link between sleep apnea and disease,” said Magalang. “We hope that one day we will find  common genes shared between people who have uncontrollable blood pressure and sleep apnea, and that will open up a whole new world of interventions and treatment strategies.”