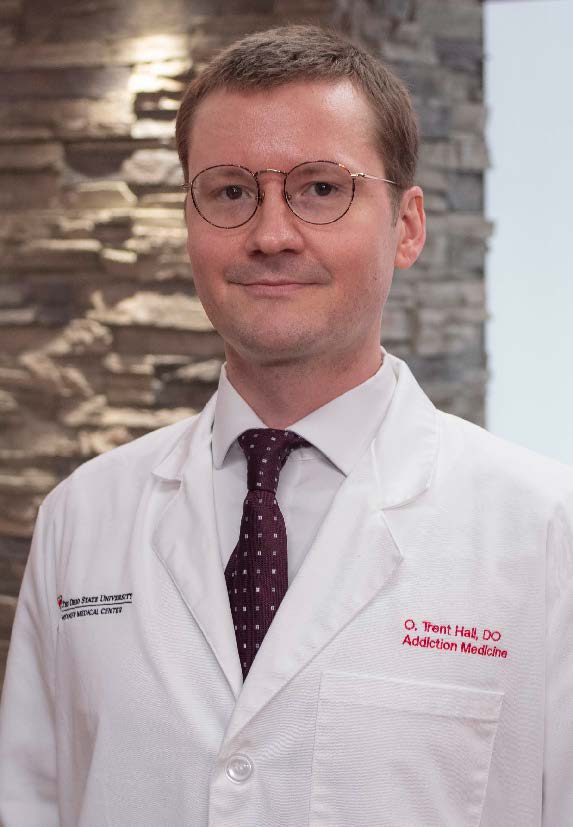 Researchers recruited 141 study participants from Ohio State Wexner Medical Center’s addiction treatment center in Columbus, Ohio. As part of the study, researchers administered the American College of Rheumatology 2011 Fibromyalgia Survey Criteria via electronic survey. Participants also responded to questions about pain interference, quality of life and items regarding pain-beliefs and expectations of pain and addiction treatment.
Chronic pain may lead to OUD, and people with chronic pain and OUD have a harder time quitting opioids than people with OUD only. So, it’s critical to find answers to how pain and OUD are connected in the brain. Researchers measured quality of life across eight life domains including general health, physical functioning, mental health, social functioning, vitality, bodily pain, role limitations due to physical health and role limitations due to emotional problems. According to Hall, they found that greater central sensitization was associated with worse quality of life among patients with OUD.
“Additionally, patients higher in central sensitization were more likely to report pain as a major reason for why their opioid addiction first began, as well as for putting off addiction treatment, continuing and increasing their use of opioids, and fear of pain causing OUD relapse in the future,” said senior author Dr. Daniel J. Clauw, director of the Chronic Pain and Fatigue Research Center at the University of Michigan.
This study suggests central sensitization may be an important underlying factor complicating the treatment of chronic pain and OUD. This provides an example for other clinicians and researchers to measure central sensitization in OUD, which could help them produce better treatments for people suffering with chronic pain and OUD.
As a physician with a background in both pain and addiction, Hall has cared for many patients suffering deeply with both conditions and he realizes that treatment options are limited.
“It’s important to me to search for new ways to help,” Hall said. “But we can’t create better treatments for chronic pain and OUD without first understanding how the two relate. I did this study because
I believed it might offer a new window into what is happening in the brains of patients needing help with pain and addiction.”
Next, Hall plans to follow patients with central sensitization and OUD over time to find out if they respond differently to treatments or have different outcomes. He also plans to study whether existing treatments for central sensitization are beneficial for patients with chronic pain and OUD.
Other Ohio State Wexner Medical Center researchers involved in this study are Dr. Julie Teater, Dr. Kara M. Rood and Dr. K. Luan Phan.
Funding was provided by the Care Innovation and Community Improvement Plan (CICIP), a program of the Ohio Department of Medicaid.
Clauw has testified in state lawsuits against opioid manufacturers for their role in the opioid overdose crisis. The remaining authors report no relevant conflicts of interest.
# # #
Media Contact: Eileen Scahill, Wexner Medical Center, Eileen.Scahill@osumc.edu