Study Shows One Type of Brain Cell May Invite Alzheimer's

COLUMBUS, Ohio – Better tactics for detecting, preventing and treating Alzheimer’s disease depend on a clearer understanding of cellular-level changes in the minds of patients, and a new study has uncovered novel details about the vulnerability of one type of brain cell.
Researchers found that excitatory neurons – those that are more likely to trigger an action (as opposed to inhibitory neurons, which are less likely to prompt neural activity) – are more vulnerable to accumulations of abnormal tau protein, which is increasingly being implicated in Alzheimer’s disease.
The study also uncovered some possible genetic explanations for the vulnerability of those cells, work that has the potential to one day lead to targeted treatment. The study, co-led by Hongjun “Harry” Fu of The Ohio State University, appears today in the journal Nature Neuroscience. Fu, who recently came to Ohio State from Columbia University, co-led the research with Karen Duff of Columbia and Michele Vendruscolo of the University of Cambridge. 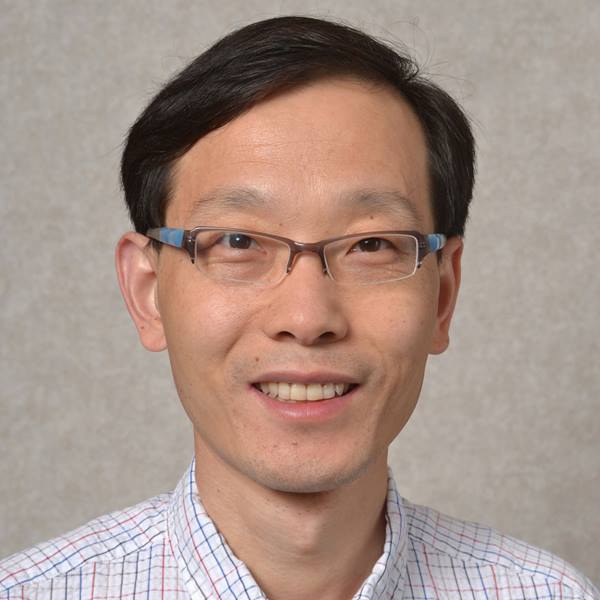 Much of the research on Alzheimer’s disease in the past focused on the buildup of amyloid beta proteins in the brain. But work by Fu  and his collaborators is focused on another protein linked to the disease, called tau.
Tau plays an important role in normal, healthy neurological activity. But when it builds up within neurons early on in the progression of Alzheimer’s disease, it clogs and then kills those cells. Excessive accumulation of the abnormal tau protein also has been linked to other neurological diseases, including dementia and traumatic brain injury, said Fu, an assistant professor of neuroscience, who is also a member of the Neurological Institute at Ohio State’s Wexner Medical Center and part of the university’s Chronic Brain Injury program.
The researchers studied the brains of patients who had Alzheimer’s disease and also a mouse model and found that the abnormal tau protein accumulated predominantly in excitatory neurons, rather than inhibitory neurons.
Then, using genetic analysis from the brains of donors who did not have Alzheimer’s disease or other neurological disorders, they found significant genetic differences between the excitatory neurons and other cells that seemed to explain the excitatory neurons’ susceptibility.
Furthermore, the researchers confirmed that one of the “master regulator” genes, BAG3, is responsible for the clearance of abnormal tau protein.
“We think there’s a really early, intrinsic difference in the brain cells that are prone to the accumulation of tau protein, which may explain why only certain neurons and brain regions are vulnerable to this problem in early Alzheimer’s,” Fu said.
“If we can figure out the molecular determinants underlying vulnerability to this disease, it will help us better understand the development of Alzheimer’s disease and potentially could lead to techniques for early detection and targeted treatment.”

Fu said future research will focus on understanding how genes interact with each other and contribute to vulnerability in Alzheimer’s disease and other neurological diseases associated with tau accumulation.
“Other brain cells, including microglia, astrocytes and oligodendrocytes, have also been found to play important roles in the development of Alzheimer’s disease. We are very interested to understand how those cells communicate with each other and affect the vulnerability of certain neurons,” Fu said.
“Environmental factors, brain injury, diabetes, sleep deprivation, depression and other outside factors also have been linked to increased vulnerability to Alzheimer’s. We want to understand how intrinsic differences interact with these outside influences.”
The study was supported by the National Institutes of Health, the Alzheimer’s Association, The BrightFocus Foundation, the Tau Consortium and the Cure Alzheimer’s Fund.
# # #
Written by Misti Crane, University Research Communications  614-292-5220; Crane.11@osu.edu