A Transformational Gift for Heart Research

DONATE
Joe Chlapaty has an eye for potential. And when he sees it, he has a knack for helping it come to fruition. 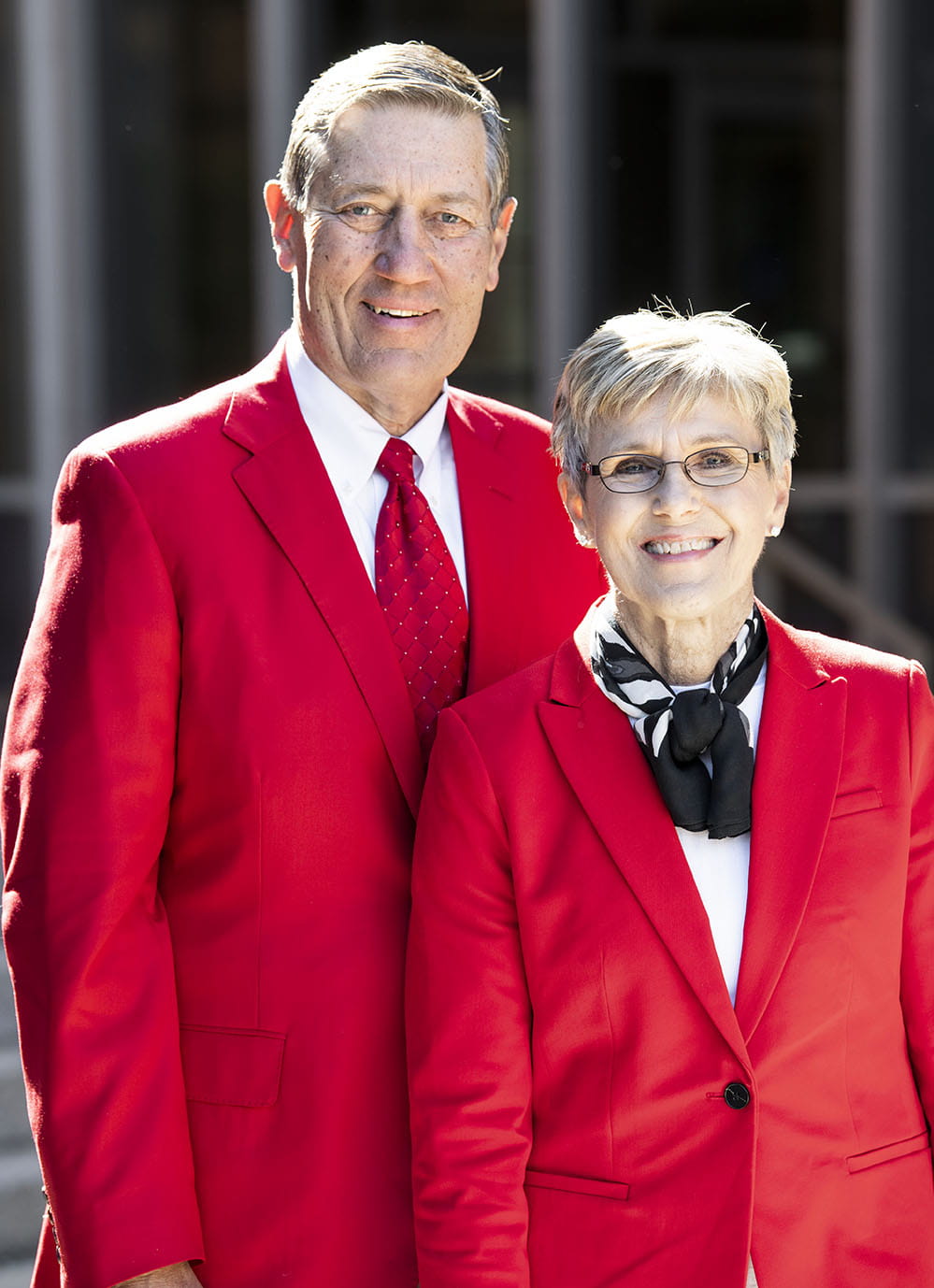 He saw great things at the University of Dubuque and its history of helping underserved students. Joe, a 1968 graduate of the Iowa school, serves as chairman of the school’s Board of Trustees and has helped it thrive in recent years.

He recognized opportunity at Advanced Drainage Systems, a Hilliard company he joined in 1980 as chief financial officer. By the time he retired in 2017 as chairman, president and CEO, the company had become the country’s largest maker of high-density polyethylene pipe and employed more than 4,000.

And he sees tremendous potential in the philanthropic initiatives he supports. He and his wife, Linda, are longtime supporters of KIPP Columbus, a free, open enrollment public school that had 50 students when it began in 2008 in Linden. Today, more than 2,000 students attend KIPP, from preschool to 12th grade.

Joe says he sees that same potential for even greater success at The Ohio State University Heart and Vascular Center.

Joe and Linda have made a $15 million commitment to Ohio State in the hopes of furthering research into atrial fibrillation, an irregular heartbeat that can lead to stroke, heart failure and other serious complications.

Joe did not discover that he suffered from atrial fibrillation until 2011, when he had a stroke. His atrial fibrillation was treated by an ablation procedure utilizing novel mapping technology and today his heart rhythm is stable, said John Hummel, MD, a cardiologist at The Ohio State University Wexner Medical Center.

He’s been very impressed with the care he has received at Ohio State. That care is why he and Linda made this gift.

“The hope would be, in terms of cardiac research, Ohio State becomes a pre-eminent institution,” Joe says. “I think it has a higher capability today than is recognized.”

Investments such as this one can have a broad impact on helping facilitate research.

“This generous gift is a remarkable testament to Joe and Linda’s deep commitment to the work we are doing at The Ohio State University Wexner Medical Center,” said Hal Paz, MD, chancellor for health affairs at The Ohio State University. “Philanthropic investments like theirs allow us to bring our many talented researchers together to target life threatening health conditions, like atrial fibrillation, that affect so many in our community.”

The Chlapatys’ gift will be crucial to making headway against this disease, said Peter Mohler, vice dean for research at The Ohio State University College of Medicine and director of the Dorothy M. Davis Heart and Lung Research Institute. According to the Centers for Disease Control and Prevention, as many as 3 million Americans suffer from atrial fibrillation.

“This gift is truly transformational,” Dr. Mohler said. “Millions of Americans suffer from this life-threatening disease.  Moreover, over 10 million individuals across the world suffer from atrial fibrillation. Our interdisciplinary research teams are proud to partner with Joe and Linda to impact the lives of individuals in Ohio and around the globe. This is an exciting day to be a Buckeye.”

The gift comes at a time of tremendous growth within the Ohio State heart program. In 2018, another philanthropic gift led to the establishment of the Bob and Corrine Frick Center for Heart Failure and Arrhythmia, the first such facility of its kind in the country. Among numerous new recruits to the heart program is Isabelle Deschênes, PhD, who joined in 2019 and was named Bernie Frick Research Chair in Heart Failure and Arrhythmia.

“We’re so proud to have Joe and Linda’s support for cardiovascular research at Ohio State. Advancing research and creative expression is one of the pillars of our strategic plan, and we welcome the Chlapatys as partners in helping us fulfill that mission,” said Ohio State President Michael V. Drake.