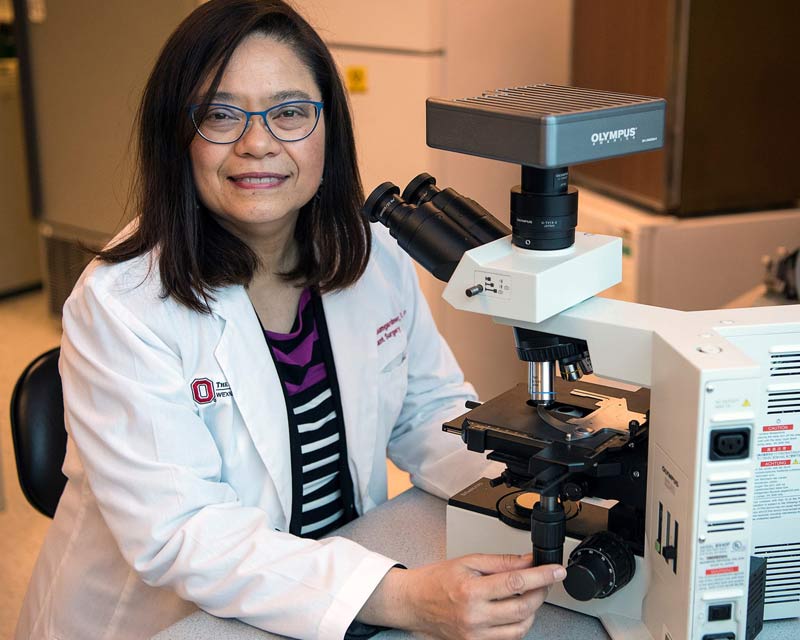 Some might say John and Carol Foreman are a match made in heaven. Through 30 years of marriage, they have been each other’s best company—whether traveling the world or pruning the backyard hedges. As Carol often says, “We are joined at the hip.”

When life threw the Foremans a curve shortly after their retirement, a compatibility of another kind guaranteed them many more good years together. Against the odds, Carol proved to be a viable kidney donor for John when he developed end-stage renal failure.

John has been living well with Carol’s donated kidney since the transplant operation at The Ohio State University Wexner Medical Center in January 2016. “Now I say we are joined at the kidney,” Carol jokes.

The experience caused the Foremans to take stock of what they would have lost had the transplant not been an option or not gone well.

They had seen the alternative. For four hours a day, three days a week, a dialysis machine pumped fluids out of John’s body, draining him of energy. Prior to the treatment, he had grown increasingly weak, becoming jaundiced and so frail that taking out the trash was beyond him.

Because Carol was willing and able to be John’s donor, he was only on dialysis for three and a half months. Most people wait years.

After a kidney transplant, anniversaries carry the risk of organ rejection. Seven percent of kidney transplants fail in the first year and 17 percent fail at three years, according to the National Kidney Foundation.

The Foremans have celebrated four healthy anniversaries by taking cruises with The Ohio State University Alumni Association. Their favorite trip was to Tahiti one year after the surgery. “We couldn’t do any of our traveling without the transplant,” says John, a 1975 alumnus.

Extremely grateful, the Foremans directed a major gift to the research of surgeon-scientist Ginny Bumgardner, MD, PhD, who performed their transplant and handles John’s post-operative care. They chose to support Dr. Bumgardner’s study of post-transplant antibodies for its potential to improve transplanted organ rejection.

Specifically, Dr. Bumgardner and her team seek to determine if a novel cell therapy, which they discovered, will advance the prevention of immune-mediated kidney damage and kidney failure in patients who have undergone kidney transplants.

To make their gift, the Foremans designated a bequest that they had made to Ohio State in 1982 but had never designated to a fund. Being a bequest, it was not intended to generate payments until the Foremans' deaths. However, John and Carol rewrote the script when they paid off their bequest from 2016 to 2019 to ensure an immediate impact on kidney transplant research.

The Foremans see themselves as part of a lineage of donors who are continuing the forward progression.

“Over time, donors improved the system. I benefited from other donors who came before,” John says. “We want to make it easier for future (kidney) donors and recipients’ transplants to succeed.”

“This was personal for us,” Carol adds. “We want to provide a better life for others. If you could help somebody, why wouldn’t you?”