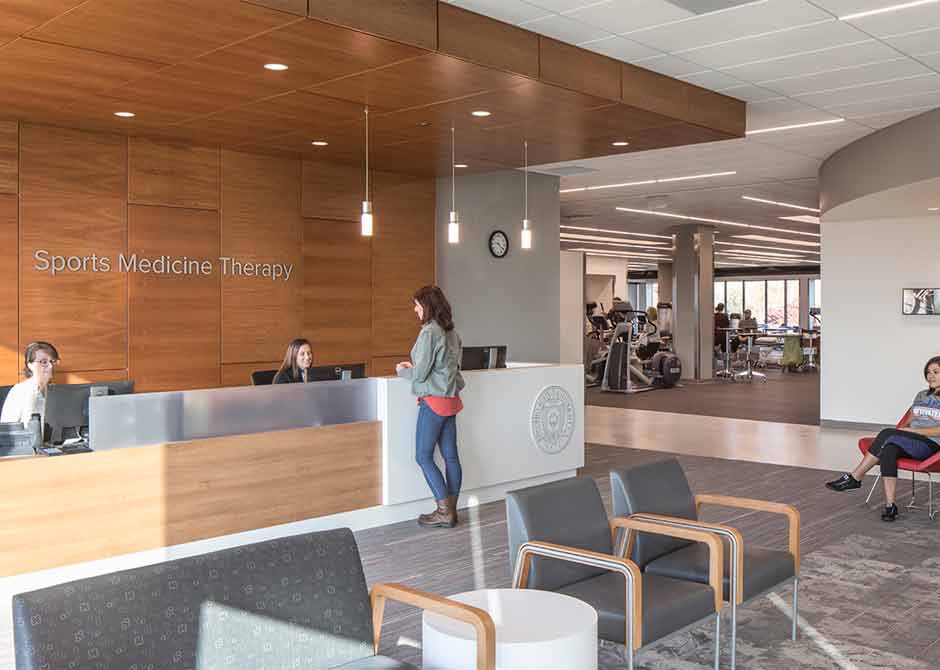 Five years later, that promise has been realized.

The Ohio State University Sports Medicine Institute’s mission is to enhance people’s lives by improving physical activity across the lifespan, and pursuing this mission has facilitated even greater achievements through the synergy of our research, education and patient care programs. The institute has continued its meteoric growth, rising from 11 employees in 2004 to over 300 today.

Philanthropy was central to the creation of the Jameson Crane Sports Medicine Institute. Three generations of the Crane family made a gift of $10 million in honor of the institute’s namesake, a 1947 graduate of The Ohio State University and member of the Buckeye football team.

“I cannot imagine a better community partner than the Crane family in general, and Jameson in particular. Their partnership and generosity are at the heart of our ability to expand this program and impact so many lives,” says Christopher Kaeding, MD, executive director of sports medicine.

Jameson (Jim) Crane’s love for The Ohio State University began when he was enrolled at Oberlin College. With admiration, he watched the Buckeyes football team beat the University of Michigan Wolverines in November 1944. After transferring to Ohio State in 1945, he joined the Junior Varsity football team — and eventually the Varsity team.

Jim recalls his greatest college memories as playing in front of 75,000 fans at Ohio Stadium, winning his first Varsity game against University of Illinois, being crowned homecoming king and playing against Michigan in 1947, which happened to be the first televised sporting event for Ohio State. Jim’s graduation from The Ohio State University in 1947 would launch a legacy of three generations of involvement and philanthropy with his beloved alma mater.

“Ohio State has given us so much,” shares Jim. It was that chance that Ohio State gave to Jim that left him with a feeling of indebtedness. He recalls his first donation to the university: $1, in 1948, as a new alumnus of the university.

Through his family’s gift of $10 million to The Ohio State University Wexner Medical Center, the dream of the Jameson Crane Sports Medicine Institute became possible.

“I get a great measure of happiness seeing an impact like this made in my lifetime,” says Jim.