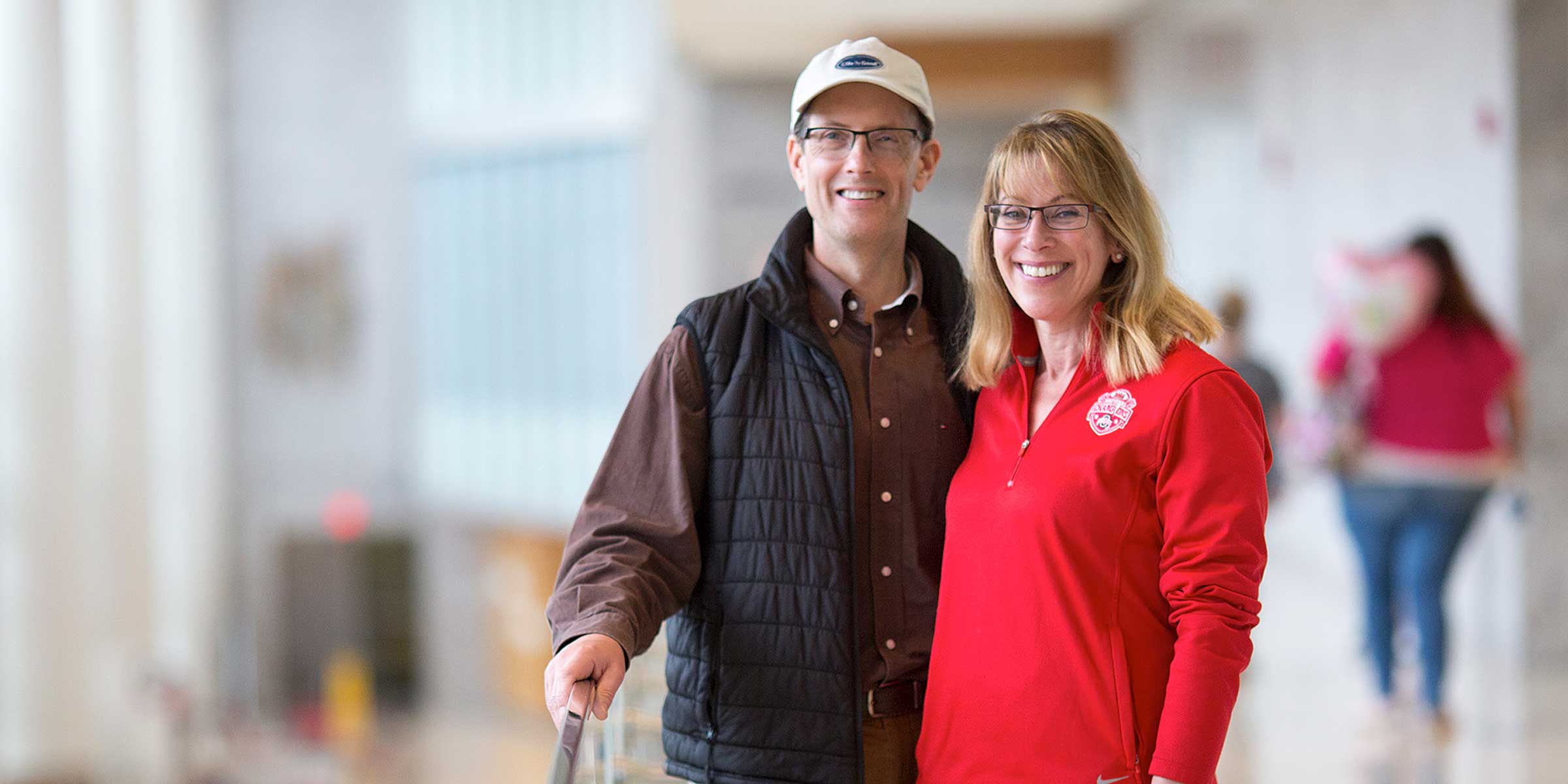 When Andrew Millar learned that the fatigue and face pain he’d been experiencing were symptoms of an incredibly rare sarcoma, the doctors he initially saw in Cincinnati weren’t optimistic.

“I was told to get ready to say goodbye,” recalls Amy Gregg, his longtime partner, her voice filled with emotion at the memory.

Andrew, a New Zealand native who has become a U.S. citizen, is thought to be among just 20 or so people with this high-grade myxofibro sarcoma worldwide; without a clear roadmap to a cure, treatment would be complicated. But 48 hours after his diagnosis, during a consult at The Ohio State University Comprehensive Cancer Center – Arthur G. James Cancer Hospital and Richard J. Solove Research Institute (OSUCCC– James), he and Amy received something that had been in short supply: hope. “It was a completely different experience,” says Amy.

Andrew began an intensive chemotherapy regimen to shrink the tumor, and after six weeks he underwent a 15.5-hour surgery.

“I remember it like it was yesterday,” says Daniel Prevedello, MD, the neurosurgeon who partnered with Andrew’s ENT surgeon to remove the tumor from his sinus cavity. “We were able to do a very specialized surgery that is not offered everywhere, where we combine the traditional approach with a high-definition endoscopic MRI going through the nostril.”

That combination approach enabled the surgeons to achieve “gross total resection”—where they no longer see any more tumor with the camera.

Usually surgeons take blood vessels from the patient’s arm to help rebuild the blood supply in the brain, but in this case they took blood vessels from the thigh. Their extra effort meant the world to Andrew, who is a classical pianist with a Doctorate in Musical Arts from the University of Cincinnati College-Conservatory of Music. Removing the vessels from his arm would have likely ended his career.

That was in 2015. Afterward, Andrew and Amy made frequent visits to the OSUCCC – James for chemo and radiation therapy, which left Andrew ill from the effects. In June 2016, Andrew learned the cancer had metastasized to his lung. Surgeons removed one large piece of tumor, but smaller bits were impossible to remove.

At the urging of medical oncologist David Liebner, MD, Andrew enrolled in a clinical trial for nivolumab, a new immunotherapy drug that would save his life. “That got my immune system doing the job it should have been doing all along,” laughs Andrew.

The results were astounding. “One of the tumors, his immune system ate immediately,” says Amy. “It was gone.”

The next set of scans showed the other tumor hadn’t grown but had become “angry,” developing tentacle-like structures. Radiation oncologist Karl Haglund, MD, PhD, targeted it with radiation to cause inflammation that would tell the immune system to kill the cancer cells.

“They tried it, and it worked,” says Amy. The “angry” tumor had disappeared in the next set of scans. His most recent scans show no sign of cancer, and he has been removed from nivolumab altogether. Immunotherapy has given him a new lease on life.

Andrew and Amy are acutely aware that donors to the OSUCCC – James have made these advances possible. From the development of new surgical techniques like the combination approach used to remove the initial tumor, to new targeted therapies, Andrew’s current prognosis is a direct result of giving.

“The treatment of rare cancers like Andrew’s is really an evolution of many years of research. Even a few years ago, this would not have been available for him,” says Dr. Prevedello. “And if we didn’t receive philanthropic donations to the laboratory, we would not have financial means to continue this type of research.”

“The generosity of people offering funds for research is certainly what has helped me get as far as I have, and I’m so grateful,” says Andrew. “Without it, I wouldn’t be here, and many others would not be either.” 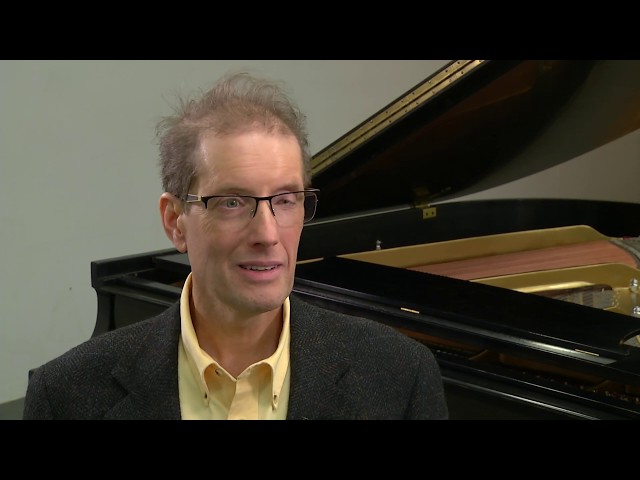