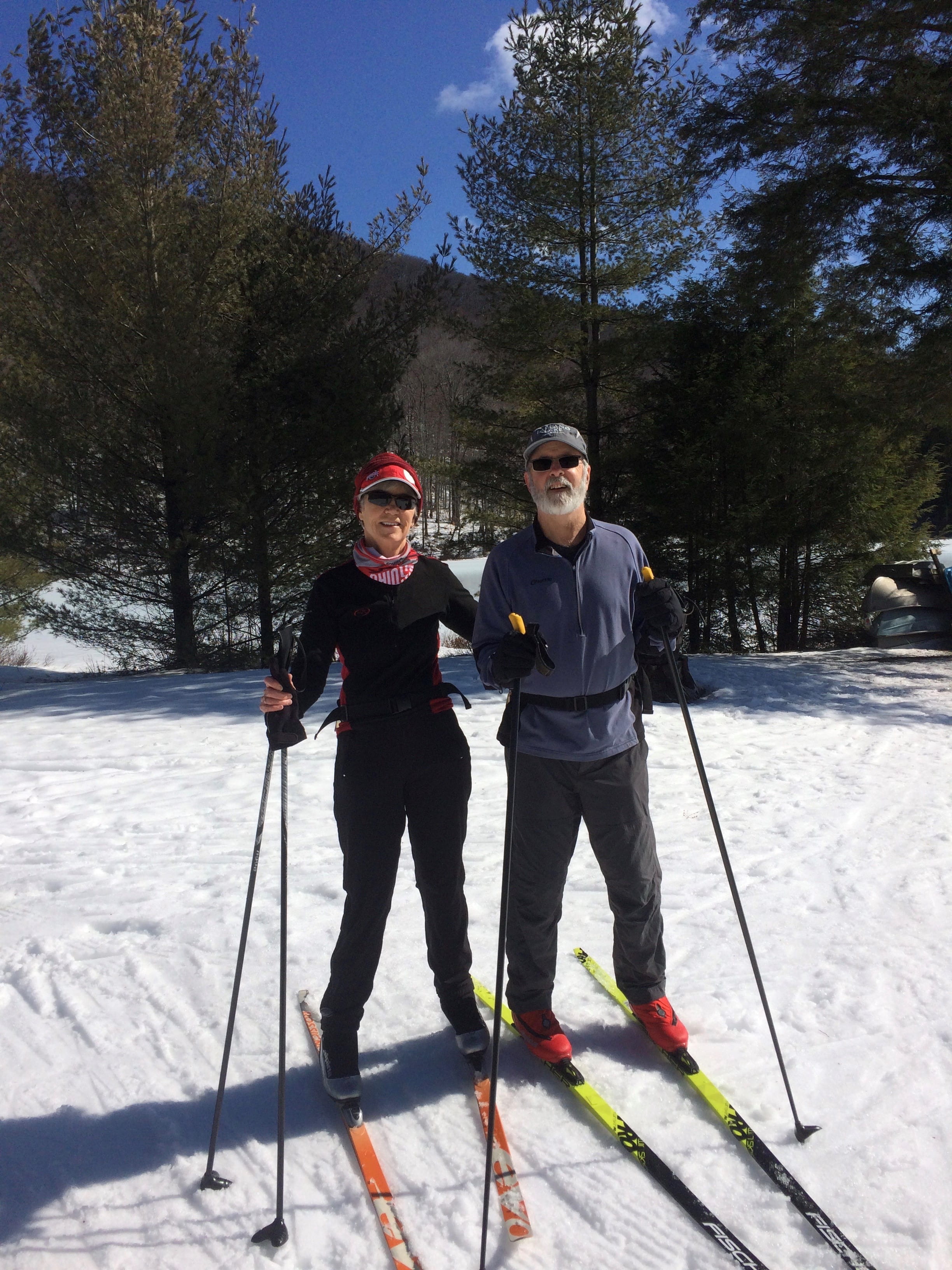 Set to the tune of “The Hokey Pokey,” the “Parkin Sonie” features original lyrics by Parkinson’s patient Rick Myser. One thing Rick and his wife Terri have learned about living with this neurodegenerative disease is to keep a sense of humor.

I put my left hand in.
And I watch it shake about.

Rick wrote the tongue-in-cheek song for “Shake Parkinson’s Now,” an annual event the Mysers founded to raise money for Parkinson’s disease research at The Ohio State University Wexner Medical Center. The gathering takes place at an art gallery and features an Ohio State Wexner Medical Center neurologist as its speaker. Keeping the mood light are Rick’s thematic songs and limericks.

I may do the Parkin Sonie.
But my treatment is quite sound.
‘cause my neuro team’s renowned.

Diagnosed at age 64, Rick refers to his Parkinson’s disease as “third-generation.” Though Parkinson’s is rarely hereditary, genetics can cause or contribute to the disease in some patients. His father and paternal grandmother also had it.

Rick watched his father live with Parkinson’s for 15 years until the age of 77. He did well for the first five years but after steadily declined.

The observation helps Rick with his own disease management.

“My goal is to make my quality of life 15 good years before it goes downhill,” says Rick, who was diagnosed six years ago.

Parkinson’s has robbed Rick of his sense of smell, given him double vision, disrupted his sleep and caused shaking, stumbling and a sense of weakness.

Nevertheless, he has remained active. Rick fervently believes that exercise is the key to keeping the disease at bay. He participates weekly in YMCA and Ohio State exercise programs designed for Parkinson’s patients.

He hikes with Terri, plays with his grandchildren and makes an effort to cross-country ski on the couple’s annual winter get-away.

The “Shake Parkinson’s Now” event is the Mysers’ way of giving back to Ohio State while supporting research for treatments and a cure. Rick and Terri have deep Ohio State roots. Rick’s father was an Ohio State biology professor and both Rick and Terri spent most of their careers here. Earning the nickname “Reactor Rick,” Rick was the laboratory manager for the institution’s nuclear reactor. Terri, an Ohio State alumna, was a medical technologist for University Hospitals. The couple’s sons, Michael and Eric, are graduates.

Join the Myser family and help improve the lives of patients with Parkinson's Disease.