Racism is a Social Determinant of Health

What are social determinants of health?

Most “health” isn’t determined by clinical medicine. In fact, about 50% of an individual’s health outcomes likely are determined by their socioeconomic and physical environments, with the rest of their health being determined by genetics, personal behaviors and, lastly, clinical care. The social determinants of health are those conditions in which people are born, grow, live, work and age. It’s how and where they learn, worship and play.

Your own social determinants of health include your…

These circumstances are mostly determined by a distribution of money, power and resources. And they’re the primary cause of health inequities among different populations — those unjust differences in access to health care and in health outcomes. 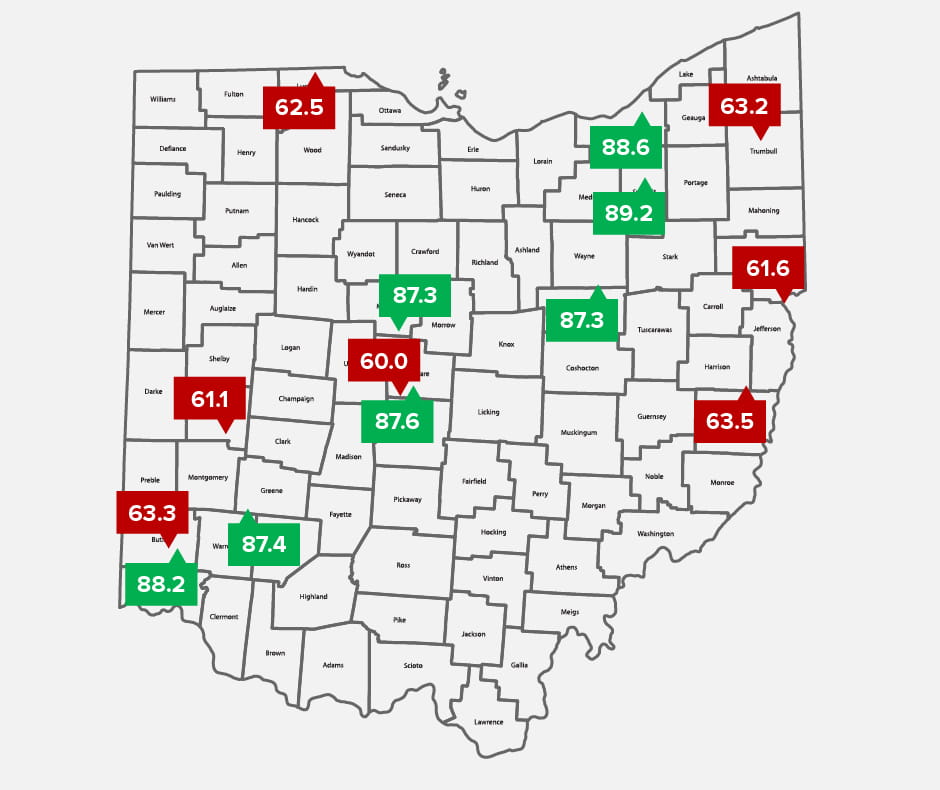 Where you live influences how long you live 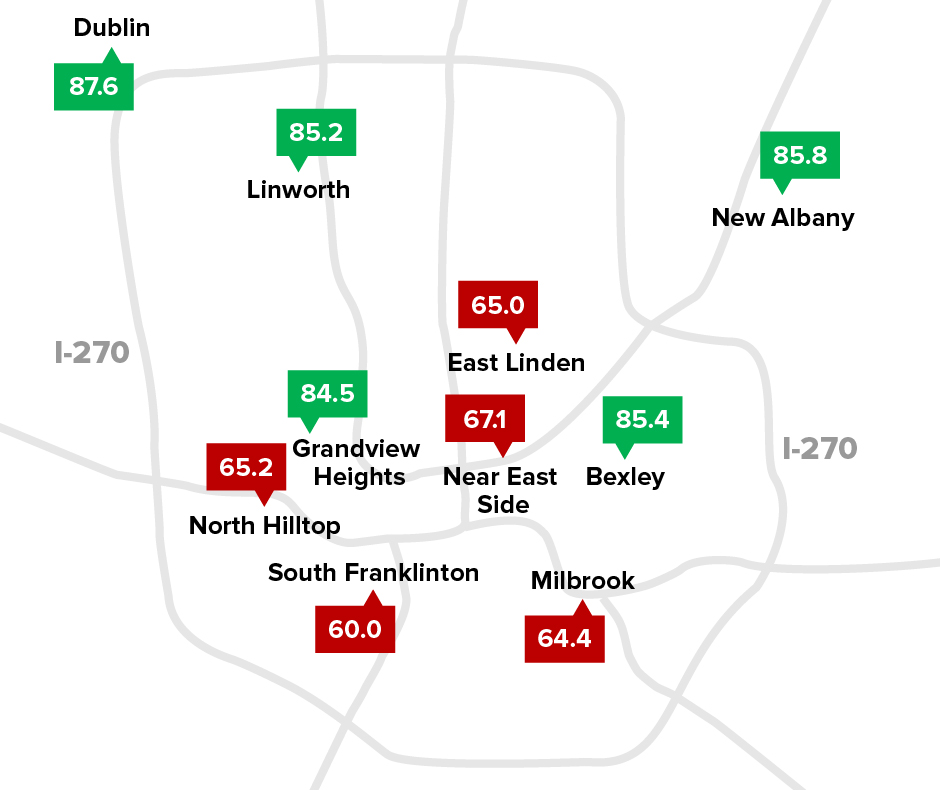 This map of the central Ohio area shows samples of life expectancies in various neighborhoods in the region. You’ll notice a 27.6-year life-expectancy gap between an area of suburban Dublin (87.6) that’s about 77% white and .5% Black, and the south section of the Columbus’s Franklinton neighborhood (60.0), with a population that’s 51.3% white and 44.1% Black.

How we know racism can affect health

Scientists often define racism as discrimination that’s based on racial or ethnic background, and which contributes to the systems in our society that cause avoidable, unjust inequalities in power, resources and opportunities among different racial or ethnic groups. Credible, peer-reviewed research has long shown that there’s a clear relationship between racism and mental and physical health outcomes.

A 2015 review of hundreds of studies between 1983 and 2013, for example, confirmed that racism is consistently associated with poorer mental health, including depression, anxiety and psychological stress. Racism is often to blame for the poor social determinants of health that medical research links with significant differences in average health outcomes among populations. Racism isn’t the only thing contributing to poor social determinants of health, but it’s a fundamental cause.

The patterns of poorer health outcomes show up most often in African Americans, American Indians, Native Hawaiians and other Pacific Islanders, and in non-white Hispanic or Latinx populations. We see poorer health outcomes in these populations when it comes to cardiovascular disease, infant mortality and preterm birth, diabetes, hypertension and obesity, among other medical conditions.

More resources on how racism and race affect health outcomes:

This is a historic moment for the United States, and academic health centers like the Ohio State Wexner Medical Center have an opportunity to set examples of anti-racism and to correct inequities in health care. The country is seeing an uprising of anti-racist narratives in response to incidences of police brutality and racial injustice. At the same time, the COVID-19 pandemic has laid bare the inequalities in health care for communities of color.

“When you’re in the middle of a crisis, like we are now with the coronavirus, it really does…ultimately shine a very bright light on some of the real weaknesses and foibles in our society.”
– Anthony Fauci, MD, director of the National Institute of Allergy & Infectious Diseases, White House Coronavirus Task Force

For example, Black and Latinx populations are seeing higher mortality rates during COVID-19. This may be, in part, because of their higher rates of the underlying conditions that can increase COVID-19 severity. But we also know that minorities often lack proper access to health care and are treated differently by health care providers. For example, postmenopausal Black women are half as likely as white women to receive appropriate treatment for heart attack symptoms when they arrive at a hospital.

Academic health centers have the power and influence to change this.

Just one example: As noted in our Anti-Racism Action Plan, one way to directly address the issue of inequitable health care is to increase diversity among providers, decreasing their unconscious bias and supporting educational opportunities for students from backgrounds that are typically underrepresented in medicine.

For years, Ohio State has championed this idea though evidence-based implicit bias workshops for faculty, staff and college admissions committees, not just at The Ohio State University, but also at medical schools throughout the United States. At Ohio State, this work has helped build one of the most diverse medical student populations in the country. And it hasn’t compromised the college’s academic metrics — in fact, as the percentage of underrepresented students increased, so did the average MCAT scores and GPAs of each entering class.