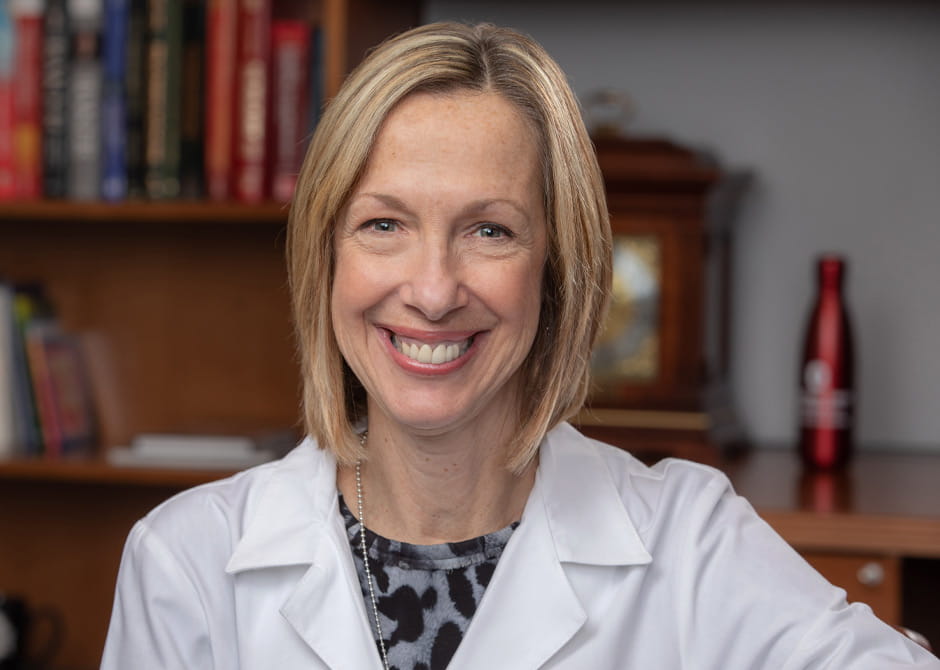 An internationally recognized head and neck cancer researcher, surgeon and leader in academic medicine, Carol R. Bradford, MD, MS, FACS, became the dean of The Ohio State University College of Medicine and vice president for Health Sciences at The Ohio State University Wexner Medical Center in 2020. She is also the Leslie H. and Abigail S. Wexner Dean’s Chair in Medicine and a professor of Otolaryngology – Head and Neck Surgery.

Dr. Bradford specializes in head and neck cancer surgery, focusing her research on identifying and evaluating biomarkers that can predict outcomes. She works to develop therapies to combat certain types of head and neck cancer that are resistant to traditional forms of treatment. She also pioneered the use of sentinel lymph node biopsy as a safe and reliable tool to stage patients with melanoma of the head and neck. She has published more than 300 peer-reviewed articles and contributed to more than 20 book chapters.

Her many awards include a Distinguished Service Award from the American Academy of Otolaryngology-Head and Neck Surgery (AAO-HNS) in 2007, a Clinical Excellence Award from Castle Connolly National Physician of the Year Awards in 2009 and the AAO-HNS Women in Otolaryngology Helen F. Krause, MD, Memorial Trailblazer Award in 2019. Dr. Bradford was elected as the first woman president of the American Head and Neck Society in 2012, and received that organization’s Distinguished Service Award in 2015. That same year, she was inducted into the prestigious National Academy of Medicine.

In 2020, she became the president of the AAO-HNS for a one-year term. She previously served on the board of directors of this organization from 2014 – 2018. She also served as president of the Society of University Otolaryngologists in 2017. She is a fellow of the American College of Surgeons, American Head and Neck Society, Triological Society and American Laryngological Association.